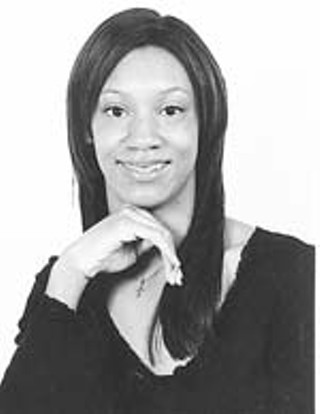 A Travis Co. grand jury indicted Karen Bunton and William "Tony" Holmes on July 19 for capital murder in the death of Bunton's 22-year-old niece Latoya Finley. Travis Co. Sheriff's investigators had charged the pair with murder, but the grand jury upped the ante based on a finding that the couple had also robbed Finley, making her death a capital offense and making Bunton and Holmes eligible for a death sentence, or life in prison. (Whether the state will seek the death penalty is up to District Attorney Ronnie Earle.) According to the grand jurors, Bunton and Holmes robbed Finley (police said Bunton tried to pawn several items), then stabbed and beat her before smothering her to death.

Finley's mother Vickie reported her daughter missing on March 5; Finley left Austin on a weeklong trip to Los Angeles, where she hoped to make music industry contacts, but never returned. Investigators quickly turned to Bunton to help locate Finley – Bunton was supposed to help Finley get packed and started off on her trip, Vickie reported. But several weeks into their investigation, as police continued to question Bunton, she cut off all contact with deputies and disappeared. In April, Abilene police caught up with the pair driving Latoya's car and, after a short chase, pulled them over; in the trunk, investigators found human remains later identified as Latoya. (For more on the story, see "Finley Murder Mystery Unravels," April 28.) 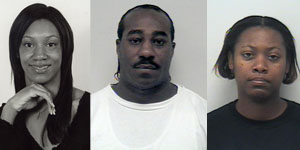 Finley Murder Mystery Unravels
After more than a month of searching for the aspiring singer / songwriter, sheriff's investigators charge victim's aunt and uncle with her murder