Travis County ME: Who's on First?

Lots of finger-pointing over who's to blame

When pressed, Travis Co. Medical Examiner Dr. Roberto Bayardo concedes that, perhaps, the working conditions at the ME's office – most prominently the cramped quarters and the lack of staff – are "limiting conditions." "We can't do as much as we'd like in this space," he says, "but it's not horrible." Bayardo says he's long asked for additional resources but hasn't gotten them. "I've been asking for years and years and years for new equipment and more people," he says. "When the [audit] came out last year [with recommendations for additional staff and resources], I said, 'That's what I've been telling you all – you didn't need to spend $40,000 to find out.'"

Until recently, Bayardo says, county officials have rarely even visited the office. County Judge Sam Biscoe concedes that he hasn't spent much time at the TCME but says that's because the commissioners believed they could rely on Bayardo to come to them with important information and for personnel and other budgetary requests, but he rarely has. "I never really interacted with him all that much," says Biscoe. "When he's come to us, by and large it was for more pathologists." But Biscoe says he began to realize that Bayardo hadn't kept the court up to date after last year's audit revealed that the TCME would need five pathologists in order to handle even the current workload. That "kind of shocked me," he says. "If you tell me we need five, then we've lost the ability to [gradually] work up from two." In part, commissioners may have been blindsided because they've apparently never conducted an annual review of the TCME. "How do you evaluate an ME?" Biscoe asks. "You can't call a patient back and say, 'Have you had any problems we should know about?'" The Commissioners Court has too many departments to keep track of on their own, he says, so they have to rely on "managers – elected or appointed – to [alert us to] problems in the system."

Biscoe says that he's now convinced that the office has been overworked and that "at some point the autopsies are beginning to suffer," but insists the problems are not insurmountable and have not in any way compromised either public health or the county's criminal justice system. "I don't know that you lose sleep over" worrying about whether there have been ME mistakes that may have been used in criminal prosecutions – to either send an innocent person to jail, or to set a guilty one free – he says. "My concern is not so much what has happened in the past, but how we move forward with an eye toward putting in place a better system."

Biscoe says the court is now acting aggressively to wrangle the TCME back into shape – and to secure accreditation from the National Association of Medical Examiners. Commissioners have been weighing plans to help reduce the office's workload – possibly by paring down the number of private autopsies the office performs, at least for the time being – and have been interviewing candidates for a new chief ME and, for now, two additional deputies. (As of press time, there have been no new hires.)

The court's goals are both important and doable, although they aren't likely to happen overnight, says Dr. Vincent DiMaio, who has served as Bexar Co. chief ME since 1981. DiMaio is widely considered to be one of the most effective "advocates for the dead," an attribute that has been essential to securing ample funding and staff for his office. "You have to go and sit down and talk" to county officials about the office on a regular basis, he says. "Its an educational process." Now, he says, when Bexar Co. commissioners "see me [coming, they know] it'll cost them money." That's the kind of ME Travis Co. is going to need to get the office back on track, he says – and choosing the right chief is essential. "You need to get an experienced chief [to] attract experienced [deputies]," he says. "In the long run, it's cheaper to spend more money now. You know what happens if you pick the wrong chief? You think you've got problems now, you ain't seen nothin'. You'll end up with an office full of people who can't meet accreditation standards."

Until the chief's on board, DiMaio says, looking for deputy pathologists – which Travis Co. has done (at least two candidates have already rejected employment offers) – isn't the smartest idea. "That's hard. The problem is, most people don't want to come [to a new job] and get murdered [by the workload]," he says. "There are very few people in the field. You have to offer [them] two things: a decent salary and decent working conditions." Right now, with only Bayardo remaining on staff, DiMaio says he thinks the TCME is a tougher sell. A pathologist offered a job at TCME under the current conditions is likely to say, "'Whaddaya mean it's just me and Dr. Bayardo?'" DiMaio says. "And they're going to look at [county commissioners] like they're crazy." 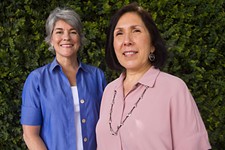 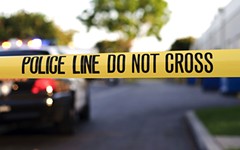