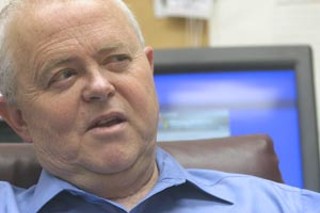 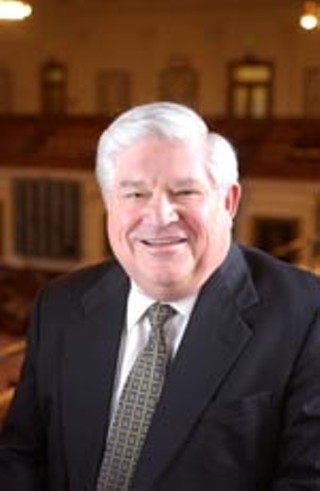 Glen Maxey may have lost the hotly contested chairman's race at the Texas Democratic Convention last weekend, but he returned home to Austin with renewed faith in his party's ability to rise from the ashes. In a lively concession speech (see a video clip at www.burntorangereport.com), the former-state-rep-turned-political-consultant offered his skills as a grassroots organizer to help newly elected Chair Boyd Richie rebuild the party. Maxey conceded defeat after a lengthy election process in a four-way race that ended with Richie edging him out in a run-off. Despite the loss, Maxey appeared energized by the debate over who should lead the party. "This discussion about the fundamental things that our party believes in, and how we proceed to be a blue state again, is the most important discussion I've heard in my 35 years of being in this party," he said. "Chairman Richey, I am reporting for duty to continue to take back this state." Richey, a Young Co. lawyer, reminded the crowd that, despite the absence of a single Democratic leader in a statewide office, the party has picked up 13 seats in the state House since the party's last convention, and that three of the seats were recaptured from the Republicans. Richey said he expects that trend to continue as voters grow more and more disenchanted with Republicans who've turned the state Capitol "into an auction barn for the special interests and their corporate cronies."

The convention's keynote speaker, Democratic gubernatorial nominee Chris Bell, took equal aim at his two Republican opponents, Gov. Rick Perry and Comptroller Carole Strayhorn, who is running as an independent. "She is nothing more than a politician in search of a parade. And now she's trying to be our buddy," Bell said, before embarking on his weeklong "Carole Strayhorn Reality Tour" across Texas, where he's calling attention to Strayhorn's flip-flops on key issues over the years.

The party also paid tribute to Austin's veteran Democratic Sen. Gonzalo Barrientos, who's retiring this year after serving more than three decades in the Legislature. Barrientos urged members to move Texas forward with two words in mind – jobs and justice. "Those two words," he said, "should underline everything we stand for."

Dems in Austin: Taking the Next Step
The State Convention looks ahead to November