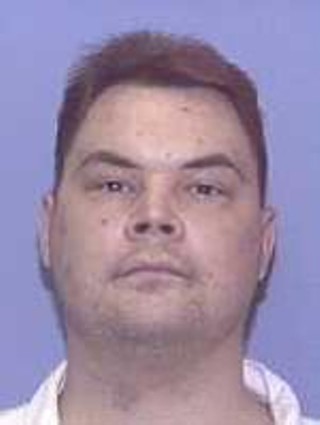 After nearly three years of waiting, on May 24 the state Court of Criminal Appeals finally issued a ruling in the case of yogurt shop-murder defendant Robert Springsteen IV. The court overturned Springsteen's capital murder conviction and sent the case back to Travis Co. District Attorney Ronnie Earle for a possible re-indictment and trial.

In a 5-4 decision, Judge Paul Womack wrote that, while the evidence against Springsteen was legally sufficient to support Springsteen's conviction (thus avoiding the problem of double jeopardy and leaving open the possibility of a new trial), the admission of portions of a co-defendant's confession into evidence at Springsteen's 2001 trial violated the Sixth Amendment's confrontation clause – a violation serious enough that it could have affected the outcome of the trial, swaying jurors to convict rather than acquit, the court concluded. (The Sixth Amendment to the U.S. Constitution guarantees that "In all criminal prosecutions, the accused shall enjoy the right ... to be confronted with the witnesses against him.") "We cannot say, beyond a reasonable doubt, that the admission of [co-defendant Michael] Scott's statements did not affect the jury's determination of [Springsteen's] guilt," Womack wrote.

On Dec. 6, 1991, four teens were found inside a yogurt shop on Anderson Lane, stripped, bound, gagged, shot in the head, and horribly burned, in a fire police said had been set in order to cover the crime. Indictments were not brought until eight years later, when Earle announced that police had found the guilty parties: four young men who at the time of the crime were teenagers. Springsteen was tried, convicted, and sentenced to death in 2001; Michael Scott was convicted in 2002 and sentenced to life behind bars. A third defendant, Maurice Pierce, was indicted by a grand jury, but in 2003 Earle dismissed those charges, claiming insufficient evidence. The case against Forrest Welborn was dropped after two Travis Co. grand juries failed to indict him. 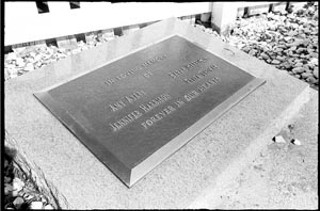 This memorial to the four victims of the yogurt shop murders sits in the parking lot of the Anderson Lane shopping center where they were killed. (Photo By Jana Birchum)

The state's case against the four was almost entirely circumstantial. No physical evidence connected any of them to the grisly murders. As a result, prosecutors relied almost entirely on the individual confessions that Springsteen and Scott each made during lengthy, and arguably coercive, interviews with Austin police in September 1999 – during which Springsteen and Scott, separately, incriminated not only themselves but also each other as participants in the murders.

Springsteen and Scott were tried separately, but in each case prosecutors used the same strategy, offering as evidence not only each defendant's confession, but also salient portions of the other defendant's statement, as corroboration and to support the state's theory of the case. But neither defendant could be compelled to testify in person, and thus be subject to cross-examination, without violating his Fifth Amendment rights. On the other hand, allowing the written statements into evidence without the in-person testimony would violate the defendants' Sixth Amendment right to cross-examine witnesses, defense attorneys pointed out, arguing that the confession of the nontestifying codefendant should not be allowed into evidence. In the end, however, District Judge Mike Lynch allowed redacted portions of Scott's police statement to be read into evidence at Springsteen's trial without affording Springsteen the ability to confront his accuser. The evidence was legal, the state has argued, because Scott's statement was made to police against his own "penal interest," and therefore qualified as an exception to rules that bar otherwise unconstitutional hearsay evidence. In June 2001, Springsteen was convicted and sentenced to death; after the trial, at least one juror told the Statesman that Scott's statement factored heavily in the jury's decision to convict.

In May 2003, Springsteen's attorney Mary Kay Sicola argued that the admission of Scott's confession at trial was a clear violation of the Sixth Amendment's confrontation clause protections. Less than a year later, a unanimous U.S. Supreme Court weighed in on the subject (in an unrelated case, Crawford v. Washington), ruling that "[where] testimonial statements are at issue, the only indicium of reliability sufficient to satisfy constitutional demands is the one the Constitution actually prescribes: confrontation." Justice Antonin Scalia wrote for the court, reversing 25 years of high court precedent outlining Sixth Amendment exceptions – including those relied on by Earle's prosecutors in the Springsteen case.

Even following the Supremes' no-nonsense edict, the CCA sat on Springsteen's appeal for two more years, before issuing the Wednesday opinion overturning his conviction. Although the high court's ruling ostensibly forced the lower court to agree that the testimony was improperly included, it did not necessarily mean that the court had to send the case back to Travis Co. Indeed, where constitutional violations are at issue, the court is required to conduct a so-called "harm analysis" to determine whether the violation likely affected the outcome of the trial "beyond a reasonable doubt." In Springsteen's case, Womack opined, harm was likely done; although Springsteen confessed to police, that alone might not have been enough for jurors to convict. In fact, as often happens in notorious cases, dozens of people confessed to the murders, and the investigation was hindered from the start by unfettered leaks of evidentiary detail police had hoped to keep secret.

Further, Springsteen ultimately recanted his confession, explaining that he was only telling police what he thought they wanted to hear in an attempt to end hours of questioning. Considering the confidentiality problems that had plagued the investigation, Womack wrote, "[In] this case, a repudiation of a confession may have carried more than the usual weight." Indeed, in a seeming attempt to overcome Springsteen's recanting, the state pointed to details of Scott's confession that prosecutors argued were clearly corroborative and thus pointed to Springsteen's guilt. "The introduction of Scott's ... statement was therefore vital to the State's case; it was used to attack the veracity of [Springsteen's] recantation and to inferentially connect the appellant to the crime," Womack wrote. And prosecutors even "reminded the jury of the importance of Scott's statement in its closing argument," he wrote. Therefore, he wrote, the court could not say Scott's confession did not bear on the jury's decision. (In her dissent, Presiding Judge Sharon Keller disagreed, coming to the rather astonishing conclusion that trial "testimony reveals that, beyond a reasonable doubt ... Scott's written statement did not contribute to the jury's conclusion" that Springsteen was guilty.)

With the ruling, the ball is firmly back in Earle's court and there are at least four possible ways the DA could react. Earle could ask the U.S. Supreme Court to review the CCA decision, an option that, given the Crawford decision, seems hopeless; he could dismiss the charges against Springsteen (as he did against Pierce) – a politically dicey move; he could offer Springsteen a deal for time served (nearly five years on Texas' death row) in exchange for a guilty plea (and cross his fingers that Springsteen takes it), which would allow police and prosecutors to stand by their firm assertions that they actually caught and prosecuted the right people; or he could take the case back to trial (the boldest move, sure to generate a media circus), in the hope that Keller is actually right, and that the dearth of evidence directly implicating Springsteen will still be adequate to send him back to prison.