A short history of motorcycle clubs and the Bandidos 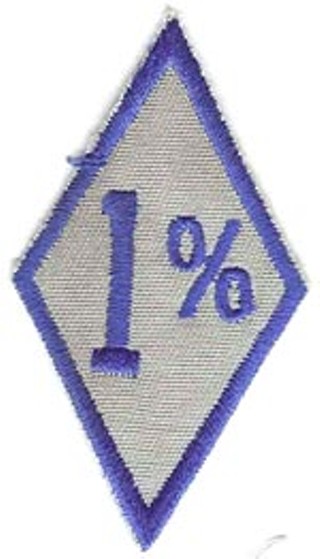 The modern era of the so-called "outlaw motorcycle gang" began in 1947, in the wake of a Fourth of July weekend brawl between members of the Boozefighters motorcycle club and the Pissed Off Bastards of Bloomington (Calif.) at the annual Hollister, Calif., biker rally. The fight (later fictionalized in The Wild One, starring Marlon Brando) sparked public sensation – and perhaps a measure of fear – about the relatively new and decidedly raucous American biker subculture. The press turned to the American Motorcyclists Association, the country's oldest riders' rights group, to explain the melee. In their now-famous response, the AMA explained that the brawl was not a comment on mainstream cyclists: 99% of bikers are law-abiding citizens, but there's that last "one percent" that are not – those folks, the AMA explained, are nothing more than "outlaws."

That moniker stuck and spawned a new kind of club, the so-called "one-percenters," including the Hells Angels (created by members of the Pissed Off Bastards) and later, in 1966, the Bandidos, formed in Galveston County by ex-Marine and Vietnam vet Don Eugene Chambers. Indeed, along with the Bandidos' colors (red and gold, an homage to the Marine Corps) and the Fat Mexican patch (a paunchy character wearing a sombrero and carrying a machete and pistol) the club's full-patch members display the mark of the outlaw biker, a diamond-shaped patch with "1%er" stitched in the center.

Among the country's largest motorcycle clubs, the strongest rivalry exists between the Bandidos and the Angels – the two largest outlaw clubs, each with thousands of full-patch members. The Angels, based in California, whose sphere of influence is clustered primarily within the country's westernmost states, is one of the oldest, largest, and likely the most infamous of the clubs (e.g, for the incident at California's Altamont Speedway in 1969, when Angels, naively hired by the Rolling Stones for stage security, bludgeoned and stabbed to death an audience member).

Coming in a close second, in both size and notoriety, are Chambers' Bandidos. Although each club chapter has a specific geographical rooting, the Bandidos' influence extends into numerous states, Canada, Europe, and Scandinavia. And while there is no love lost between Angels and Bandidos, competition has been relatively civil, with notable exceptions (as in Canada, where their rivalry and territorial jockeying has a legacy of murderous violence, claiming approximately 160 lives since the early Nineties, according to Canadian police). The reason, say sources familiar with the clubs, is their respect for each other's territory. "The Hells Angels have no bitch with the Bandidos, and the Bandidos have no bitch with the Hells Angels – that space is theirs, this space is theirs," says Richard Benesh.

In fact, says one law enforcement officer, the relationship between the rival clubs can often be downright genial. For example, the clubs sponsor motorcycle racing teams, which compete against each other all over the country. If there's a race in, say, Houston, the Angels "will be here and then they'll leave," says the source. "They will not fight [with the Bandidos] … and you may even see them drinking together. Then [the Angels will] get back on the highway and leave." It's the leaving that is key: "If they stick around, all bets are off."