It took less than two hours Friday for a jury to find Manuel Cortez guilty of the murder of Woody Briseño, and another hour to sentence him to 99 years in prison

Tweet
print
write a letter
It took less than two hours Friday for a jury to find the teenager who shot and killed an Austin High student in September guilty of murder, and another hour to sentence him to 99 years in prison. Manuel Cortez, a 17-year-old high school dropout, shot cousins Christopher "Woody" Briseño and Adam Cantu moments after the two got off a school bus. Briseño, who was shot in the head, later died.

Throughout the four-day trial, the courtroom was packed with members of the close-knit community from the East Cesar Chavez neighborhood, who cried on one another's shoulders and shared huge group lunches in the park across from the court. Many were cousins of some kind or another. For many, the horror of the crime had been exacerbated by frequent reports that the shooting was gang-related, something the victims' families vehemently deny. "The high school knows, the community knows, that Chris and A.J. were not in gangs. There was gang activity that day, but it was only inside that vehicle," said Janie Briseño, mother of Christopher, referring to students who shot her son from a stolen car.

A motive was not discussed in court. According to testimony in pretrial hearings, Briseño and Cantu were targeted for the shooting because another Austin High student, 15-year-old Pamela Ruiz, told her brothers Alan, 18, and Humberto, 16, that Briseño and Cantu were picking on her. (All three Ruizes face murder charges.) On Sept. 23, Alan stole the green Honda used in the crime, Pamela and Humberto figured out which bus Briseño and Cantu rode home, and with Cortez in the front passenger's seat, they followed the bus to the corner of Haskell and Chicon, near Zavala Elementary in East Austin. (Two other students were in the car; they don't face charges.) Cortez did not know either Cantu or Briseño, so at the bus stop, the Ruizes had to point out the boys he was about to shoot. Cortez called them to the car. "Are you Bloods?" he asked, referring to the well-known gang. Cantu said no, which is when Cortez cursed at them and opened fire. Three eyewitnesses, including Juan Solis, one of the other students in the car, identified Cortez as the shooter.

Cortez said he knew nothing of the crime ahead of time. According to his testimony, he got into Ruiz's car thinking it would be a regular afternoon of hanging out, until Ruiz pulled a gun out of the console. At that point, Cortez said, he was too scared to leave. He stayed in the car as they drove to Austin High, picked up the four other students, and followed the bus back east. He claimed the real shooter was the driver, Alan, who leaned over him to fire out the window.

The jury could have assigned a guilty verdict whether or not Cortez was the shooter – he admitted to calling the students over to the car, which means he aided and abetted in the crime. (These are the grounds on which Pamela and Humberto face murder charges in juvenile court.) Still, Cortez was not the most sympathetic of defendants. During the trial, he was occasionally belligerent with the prosecuting lawyers; Solis, the student in the car, testified that when Cortez heard Briseño had died, he said it was a good thing, because then he wouldn't "mess with them" anymore. After he was found guilty, he put his face in his hands and cried throughout sentencing. The jury was apparently not moved by this, or the testimony of members of his family, who described him as a respectful, calm, good boy and said they would support him if he were granted parole.

Cortez will not be eligible for parole for 30 years. This is fine with Briseño's friend Deserah Alvarez, who had hoped for a life sentence. "I want him to live with what he did each day," she said.

The end of the trial provided a certain level of closure for the victims' community, but three more trials remain. After the verdict, a crying Janie Briseño, who, as a witness, had to spend the trial's four days in the hall outside the proceedings, admitted it would be hard. "I have to do it for Woody," she said. Gloria Cantu, mother of A.J., agreed. "Over? When is it ever over?" she asked.

Various memorials are planned, including a celebration next month of what would have been Woody's 17th birthday. A memorial of sorts took place Saturday morning, when the group reconvened in Parque Zaragosa, many wearing T-shirts they had printed last fall with pictures of Woody, his head cocked to the side, smiling broadly. They picked up paintbrushes and rollers and spread through the graffiti-filled park, covering the tags layering dumpsters and walls with a fresh coat of eggshell white. 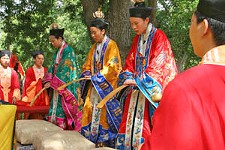 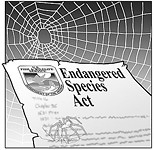