Tweet
print
write a letter
Over the past couple of years, the immigration debate has grown louder and louder, fueled primarily by anti-immigration activists like the Minutemen, news sources like CNN's Lou Dobbs, and lawmakers like Colorado's Tom Tancredo. This made for a generally one-sided national dialogue that focused on the national security risks of a porous border, adding gang violence, human smuggling, and drug cartels to the ever-present threat of that modern-day demon, al Qaeda. Of course, there were the voices of immigrant advocates vying for attention in the din, trying to broaden the scope of the conversation to allow room for consideration of those at the center of the brouhaha. But it wasn't until last week, when word got out that the House passed HR 4437, sponsored by Rep. James Sensenbrenner (R-Wis.), that the voice of immigrants, documented and not, was actually heard. The resolution would make it a felony to be undocumented in the U.S., and would criminalize humanitarian groups who help those felons. It would also have Homeland Security erecting a fence along the Mexico border, which, up until this point, has generally been considered a crackpot idea.

In what The New Yorker's John Cassidy recently called the "eruption of a genuine popular movement," millions of people across the country took to the streets in response to what many are calling the anti-immigrant bill. Enormous rallies in Los Angeles (a reported 500,000- to 2-million-person turnout) were followed by two days of massive student walk-outs. More than 200 AISD students from Lanier and Reagan high schools joined high schoolers from around the country last Thursday in walking out to protest the proposed immigration law changes, kicking off a walk-out trend in area schools. Students from Round Rock and Del Valle also gave classes the boot Thursday morning, and smaller walk-outs followed. AISD responded with a hearty tut-tut – not over the students' expressing their opinions, but over that whole ditching-class-to-do-so thing. Chief Academic Officer Darlene Westbrook suggested that if AISD students hope to express their right to protest in the future, they should do it "before school, after school, or on weekends," and that they use their school time to grapple with public policy in more "appropriate" educational ways, such as debate or writing letters to legislators. "It is the responsibility of students to obey the law by being in school during school hours," she said.

On Monday, April 10, there's a National Day of Action & Rally for Immigrant Rights, with events planned in at least 16 states, in what could very well end up being the largest mobilization for immigrant rights in U.S. history. Here in Austin, a group calling itself the April 10th Coalition is calling for a student walk-out at UT at 11am, a rally at the Capitol Building at 4pm, and a march to the Federal Building at 5pm.

Meanwhile, the debate has hit the Senate floor with ferocity. Majority Leader Bill Frist (R-Tenn.) leads the opposition to the McCain-Kennedy bill, which allows eventual legalization for the undocumented millions currently living and working in the U.S., by presenting his own bill that denies most prospects for permanent residence, offering instead temporary employment-based visas and an increase of employment – based on 140,000 to 290,000 green cards. Unfortunately, those are the only bills to make it to the floor thus far; Texas' own Rep. Sheila Jackson Lee (D-Houston), who has called immigration the "civil rights issue of our time," submitted the Save America Comprehensive Immigration bill, but it's been stalled in the Immigration subcommittee since 2005. 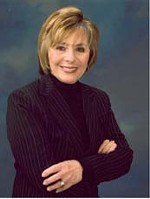