Get It While It's Green 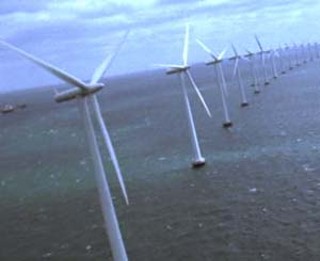 Austin Energy customers calling to sign up for the utility's GreenChoice program have been out of luck lately, being told that the 100% renewable energy service is sold out and to try back in a few weeks. Actually, that's not completely accurate – the current batch of wind-generated energy, precontracted in fixed 10-year increments, is nearing its end, but enough supply actually remains for an estimated 1,500 residential customers and 200 businesses. And now AE, as spotlighted in a City Hall press conference Wednesday, will hold a raffle for the remaining GreenChoice subscriptions – whose 10-year fixed rate, following a fuel charge hike this month, is actually cheaper than AE's conventionally generated energy.

"We believe this is the first time since coal initiated the industrial revolution in the 1700s that, side by side, wind and solar power has come out cheaper than coal," said Council Member Brewster McCracken, who is coordinating the GreenChoice remodel and PR push. Beginning this week, there will be application cards all over Austin to enter the raffle, which will remain open through the end of February, McCracken said, with the drawing expected in March. McCracken said the raffle will "build public awareness across the state and the nation that investment in clean energy is paying off since it's now cheaper than coal, gas, and nuke power," while serving as a waiting list to gauge how much more wind power Austin Energy should contract.

Andrew Donoho, a member of the city's Resource Management Commission, which reviews water and energy conservation issues, sharply disagrees with this process, noting that all four installments of GreenChoice since its inception in 2000 have sold out. "Austin Energy is not being aggressive in bringing in more GreenChoice energy. They've got demand they're not satisfying," he said.

"Austin Energy is run by brown power [fossil fuels] executives," he said, which led the utility to embrace natural gas, the price of which has risen faster than any other energy source. He faulted City Council for "undermanaging" the utility, allowing its executives to make "long-term political decisions … as to what kind of fuel we use, that will have 20- to-50-year cost structure implications." Such decisions should be a matter of public debate, he said, and suggested that AE look to coastal wind farms now being developed, capable of producing steady energy at hot midday peak times, unlike West Texas wind farms, which produce most energy on cold nights.

McCracken described two competing strategies regarding GreenChoice: Both hold that the program is better than consuming coal or gas energy, but one favors "keeping it quiet" because the supply isn't there, while the other advocates "making people aware because with consumer pressure, there is more desire to create supply." He acknowledged that Austin's desire for green energy is not being met. "GreenChoice is a good economic bet, and we need to be investing more, but there is not enough supply to satisfy demand."

For those who demand clean energy, but simply can't wait until March for electricity, AE spokesman Ed Clark said new and existing conventional accounts can be transferred to GreenChoice with a simple phone call. Once the last of the current batch of GreenChoice energy is raffled off, he said, a new batch will follow in the coming months – but, as in all previous offerings, the 10-year fixed energy rate likely will initially be more costly than the utility's brown power.