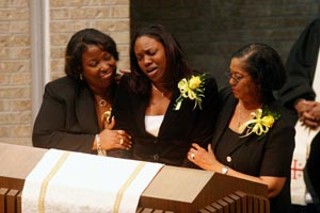 Anyce Hazel Marie Falke-Obey "lived, died, and made a difference," the Rev. Jesse Jackson, Sr., told hundreds of mourners gathered at the First Baptist Church on Jan. 6. Obey, whose civic career spanned more than three decades, died Dec. 30; she was 62. 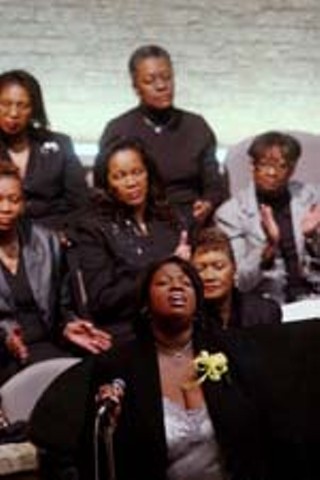 In a stirring eulogy that capped a nearly three-hour service, Jackson reflected the fire Obey brought to her civic and professional career – as an 18-year member of the Democratic National Committee, vice chair of the Texas Democratic Party, life member of the NAACP, president of the Texas State Rainbow Coalition (an arm of the organization Jackson founded), as well as in her work for former state Rep. Wilhelmina Delco, Texas Gov. Mark White, Attorney General Jim Mattox, and Land Commissioner Garry Mauro, among others. "She spoke truth to power," Jackson said. "She knew the Mayor. Elected officials. Governors. Senators. Presidents. She didn't just pray for them, or pray for relief from them. She sought to elect the best of them and un-elect the worst of them. She used private virtue and morality to address public immorality."

Among those gathered to celebrate Obey's life were numerous elected officials – many of whom she helped to elect. "She was a strong woman," U.S. Rep. Maxine Waters, D-Calif., a long time friend of Obey's, told reporters. Above all, said state Sen. Rodney Ellis, D-Houston – who said he was friends with Obey "from the moment" he first came to Austin some 30 years ago – Obey was a woman who "opened doors" for others. She strove to create equal opportunities for African-Americans, to increase black participation in civic life – as elected leaders as well as voters – and to better the lives of all in the community, "especially the less fortunate," said Travis Co. Judge Sam Biscoe.

Obey was born in San Antonio and in 1961 married the Rev. James E. Obey, a Baptist minister, two years before the couple came to Austin, where the Rev. Obey became senior pastor at the David Chapel Missionary Baptist Church. Obey's religious faith was at the core of her public life, Jackson and others pointed out. She was the epitome of a Good Samaritan, and "Christlike" in her refusal to "adjust to the culture of public immorality," Jackson said. "Most Christians conform to the culture. But we are challenged to be transformed, to change the culture, not simply to adjust to it." Jesus, he said, "went counterculture," as did Obey, making her a "transforming force" in the culture. As an homage to her mother's ability to jump-start a cause or campaign, daughter Marilyn Victoria Obey said that when she first got the news that her mother had died, she said there was just one thought in her head: "The only thing I could think about is [that] there was a meeting in heaven and God called my mom to come home … to get [in there] to help [get things] organized."

Obey's social commitments were varied but nonetheless focused on "helping make Travis County a better place," said Biscoe; Obey spearheaded a task force to aide the integration of AISD, helped start the Texas Coalition of Black Democrats, and spoke out in concern about Austin Police use-of-force policies and apparent disparate treatment of minorities in the wake of the June 2003 shooting death of 20-year-old Jesse Lee Owens, her great nephew. Obey "never wavered in her pursuit of social justice," former President Bill Clinton, who had been friends with Obey since he and Hillary came to Austin in the Seventies with the McGovern presidential campaign, wrote in a letter read to mourners by the Rev. Joseph Parker, who took over as pastor of David Chapel after the Rev. Obey's death. And Obey left the world "far better than she found it." 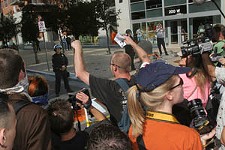