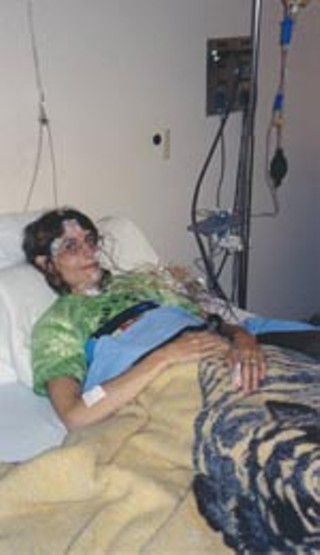 California medi-pot patient Angel Raich began a second round of federal appeals on Nov. 28, when she filed a brief with the 9th U.S. Circuit Court of Appeals in San Francisco, arguing that the federal government's threat to prosecute medi-pot patients using the drug based on a doctor's recommendation, and in accordance with state law, violates her right to due process and contravenes the common-law "doctrine of necessity." Raich, who has an inoperable brain tumor and suffers from a deadly wasting disease – among a host of other serious medical conditions – had tried numerous legal pharmaceuticals to control her illnesses, without success.

After the feds stepped up raids on medi-pot patients and dispensaries in California, Raich (with fellow California medi-pot patient Diane Monson, who has withdrawn from the case) in 2002 sued the government, arguing that it had no right to interfere with her wholly intrastate cultivation and use of medi-pot. The lower courts sided with Raich, but, on appeal from the government, the U.S. Supreme Court disagreed. In a June decision the court ruled 6-3 that federal narcos have the right, via the Constitution's commerce clause, to police medi-pot use and prosecute patients in the 11 states that have legalized the use of medi-pot. According to the majority opinion, authored by Justice John Paul Stevens, the government may use its commerce clause power to "regulate commerce … among the several states" to enforce the drug regulation and prohibition scheme codified in the 1970 Controlled Substances Act. "Our case law firmly establishes Congress' power to regulate purely local activities that are part of an economic 'class of activities' that have a substantial effect on interstate commerce," Stevens wrote.

Still, the court did not contemplate any of the other legal questions raised by the case and remanded the case back to the 9th Circuit for further consideration. In her new court filing, Raich argues that the right to due process prohibits the government from interfering with her ability to take "the only medication that enables her to avoid intolerable pain and death," and violates her "fundamental right to life and her fundamental liberty interests in making life-shaping decisions, preserving bodily integrity, and avoiding intolerable pain." Moreover, Raich argues that the common-law doctrine of necessity prohibits the feds from using the CSA to ban her use of medi-pot. Raich's pot consumption is medically necessary and was recommended by her doctors "only after determining that she has 'no reasonable legal alternative to cannabis for effective treatment or alleviation of her medical conditions or symptoms,'" reads the brief.

Raich says she's confident that the appeals court will, once again, rule in her favor. If it does, it seems likely that her case may, once again, wind up on the high court's docket. "I fear for my health, my safety and my family, but I am confident that the 9th Circuit … will again agree that I am in every way acting in accordance with the law," she said. "I just want the opportunity to be a mother to my children without having to live in constant fear that the government will raid my home or throw me in jail simply for taking the medicine … that keeps me alive." 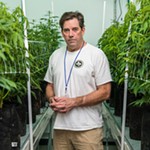 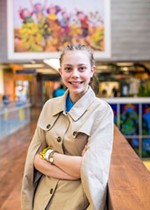