Find the Real Reporter: A Questionnaire

The city has decided to be the arbiter of quality journalism. We decided to help them out.

Tweet
print
write a letter
Let's say, just for yucks, that a deranged Trekkie with a really cool Web site demands media credentials to the latest NASA briefing. Sure, he may not be the stuff of a byline in The New York Times, but his hourly reports are regularly devoured by a million equally deranged Trekkies, giving him the scale of readership that would make executives at the Austin American-Statesman drool in their oatmeal.

In one form or another, this is the horrific scenario torturing the tiny souls of media relations professionals around the country, as evidenced by the city of Austin's recent trauma over credentialing a small group of community television producers for a Ku Klux Klan rally (See "Point Austin," p.17). "What is a real reporter?" they cry to the heavens, morally certain it is their job to protect press conferences and public events from ill-mannered louts who might ask icky questions, in sharp contrast to the real reporters.

It's unclear what terror will sweep the land if real (unreal?) journalists are not allowed into press conferences, but media experts are sure it will be very, very bad. Their shared nightmare involves sitting naked in a room overflowing with bloggers, Web reporters, and citizen correspondents demanding access to the free weenies.

In order to ease their pain, the Chronicle devised this journalist evaluation test, designed to help media relations professionals determine if an applicant is an acceptable, real reporter, based on a detailed analysis of his or her answers:

a) Proudly display Woodward and Bernstein action figures in your bedroom?

b) Use knitting needles to perform exploratory surgery on cats?

2) When Karl Rove calls with a hot tip, you:

a) Express skepticism that Saddam Hussein is really an unnamed executive producer of The West Wing.

b) Say, "Yes sir, I agree, no independent verification is needed."

c) Compliment him on his cool haircut.

d) Forward the call to the TV department.

a) Seriously underrated as a news-gathering organization.

b) A patsy for dumbass conservatives.

a) Exposes corruption and misuse of public funds.

b) Uses the term "bitch-slap" repeatedly.

d) Gets you a slot on Crossfire. 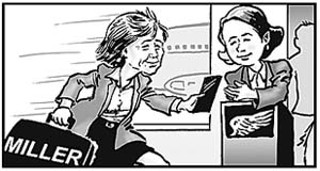 5) Offered a free dinner and a trip to Bermuda by the subject of a story, you:

a) Condemn the obvious bribe.

b) Politely refuse, but include the incident in the story.

c) Spin it into a feature for the travel section.

d) Proclaim that journalistic integrity demands you ask for a first class upgrade.

6) Your publication is read by:

a) Thousands of influential business and community leaders.

b) A small but devoted following of Web geeks.

c) People who thought they were visiting a toe-fetish site.

a) Send your sophomore editorial on the school cafeteria showdown to the Pulitzer Prize committee marked "for special consideration"?

b) Spend long days in the library researching UFO sightings in Indiana?

8) In a press conference, you:

a) Challenge the assertions and contradictions of the speakers.

b) Attempt to send subliminal messages to your girlfriend watching it on TV.

c) Ask questions like, "Can you please describe the contents of your extremely well-written press release?"

d) Sit near the back door, assuring first dibs at the buffet line.

a) Forsakes personal rewards, long-term relationships, and underarm deodorant to reveal the vile underbelly of society.

b) Hasn't really arrived until he gets a guest shot on Nancy Grace's cable show.

c) Would never do anything to upset advertisers, who are "the lifeblood of any real media organization."

d) Gladly misses reruns of Seinfeld to pursue a hot news lead, except for nights when episodes feature Kramer, who is just too damn funny.

10) Confronted with an editor demanding a story, you:

a) Tell him to kiss your ass and leave to write the Oscar-worthy screenplay you know is right there in your head if that dick would just leave you alone, dammit.

b) Hit the street to jack up your snitches, bitch-slapping any wiseass who doesn't give up the truth.

c) Head to Starbucks to read The New York Times over a nice mocha latte.

d) Immediately schedule a lunch with a board-certified PR professional.**

** Note: This is a trick question. In order to ensure proper credentials for future events, acceptable reporters will always immediately contact a board-certified PR professional, no matter what the situation. 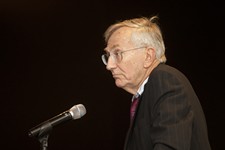