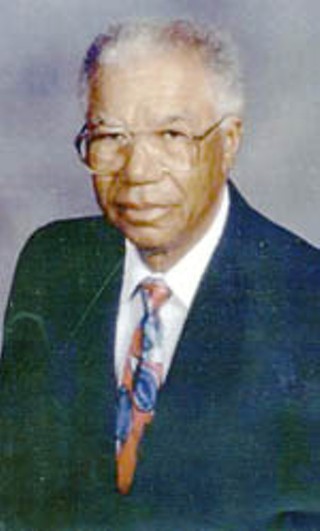 Whenever Volma Overton tested the boundaries of segregation at Austin restaurants and other "whites only" gathering spots during the Sixties and Seventies, he was usually accompanied by a small army of unlikely soldiers – his four children.

They were, for the most part, reluctant stakeholders in the civil rights struggle, but the experience proved invaluable in the long run, says son Volma Overton Jr. "We were drafted into the movement," he recalled of the times he and his siblings stood in picket lines with their father and generally showed up where they weren't wanted – in spite of the taunts, racial epithets, and even death threats that followed. "My dad always warned us about what to expect. And we'd say, 'Why do we have to do this? Why us?'"

In fact, the younger Overton, now 57, says he was a senior in high school before he began to appreciate his father's efforts. "People who used to laugh at us when we were younger were starting to come to my dad to ask for help," he said. "That was the turnaround for me."

The elder Overton, one of Austin's most revered civil rights leaders, died Oct. 31 from complications of pneumonia, one month after his 81st birthday. On Saturday, family and friends celebrated the life of the quiet patriarch during a service at First Baptist Church – a church he helped integrate during the Sixties – and later at Texas State Cemetery, where he was laid to rest among the state's other social justice forerunners and political leaders. 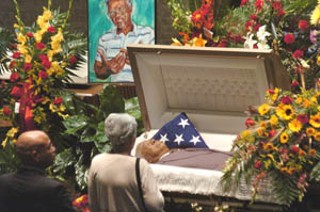 Overton is perhaps best known for his federal lawsuit to desegregate Austin schools during his lengthy tenure as president of the Austin NAACP. True to form, he named one of his loyal soldiers – daughter DeDra – the chief plaintiff in the suit. The landmark case, which spanned the Seventies before achieving a favorable outcome after more than a decade, had the political and financial backing of the NAACP Legal Defense Fund, as well as the U.S. Justice Department and the Mexican American Legal Defense and Educational Fund.

As it happened, the local counsel assigned to the federal case was a young attorney named Sam Biscoe, now Travis Co. Judge. Biscoe had spent his first year out of law school as an intern for the NAACP in San Francisco, and landed the Overton case shortly after his return to Texas. And though he was the attorney, Biscoe wasn't shy about looking to his client for guidance. "I relied on Mr. Overton's judgment a whole lot," said Biscoe. As he remembered it, "All of us talked a lot about civil rights during the Sixties and Seventies, but when it came to really working and being a part of the struggle, he was the epitome of the movement. At the same time," he added, "Mr. Overton was always very easygoing and soft spoken."

Born in the Maha community of rural southeast Travis County, Overton spent a lifetime working for social equality. A World War II veteran, he served in the U.S. Marines and later the Army Reserves, advancing to the rank of lieutenant colonel. After returning home from the war, Overton obtained a chemistry degree from Huston-Tillotson College, where he met his wife, Warneta, whom Volma Jr. describes as his and his siblings' steady anchor throughout their participation in the civil rights struggle. A longtime postal service employee, the elder Overton served as postmaster at Cedar Creek, in Bastrop Co., until his retirement in 1985. He worked to break down racial barriers within the postal service. "He was convinced that [minority employees] were discriminated against," Biscoe recalled of Overton's advocacy work on behalf of black and Hispanic postal workers, "and I'm convinced they saw him as a thorn."

In devoting most of his off hours to his NAACP work, Overton was instrumental in starting the chapter's first credit union for the local African-American community, which, until then, had few lending resources available to it. The credit union went on to merge with what is now the Greater Texas Federal Credit Union.

Beyond civil rights and his family, Overton had two other passions – golfing and ballroom dancing. Each year he would promote a golf tournament to raise money for a scholarship fund named after one of his mentors – Urissa Violette Christian, a little-known outspoken civil rights leader whose work preceded Overton's. Christian ran a hair salon in East Austin, and Overton, then a student at Huston-Tillotson, would frequently stop by the shop to hear her stories. On one visit, he watched in despair as Austin police officers came to the shop and arrested Christian – on grounds that her beautician's license had expired. "That left a lasting impression on my dad," said his son. The golf tournament "is a way to remember this woman, even though not many people know of her because she's from another generation of leaders."

Looking back on what he describes as those "frightening" days working alongside his father, Volma Jr. says he wouldn't trade the experience for anything.

"We wouldn't want to go through it again, but it really changed all of us and affected us in such a positive way. Now," he added, "when we see something that isn't right, we feel compelled to speak up."