With God on Their Side: The KKK Stops By 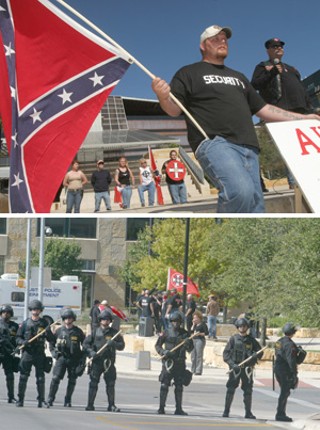 Police kept the approximate dozen Klansmen who came to Austin last weekend to show their support for Proposition 2 a good distance away from the thousands of protesters who showed up downtown to let the Confederate flag-waving visitors know, "You ain't welcome in this town." (Photo By Jana Birchum)

As you may have heard by now, a handful of Klansmen breezed into town this past weekend to stake their claim on the Free Speech Plaza at City Hall. The San Angelo-based group, calling themselves the American White Knights of the Ku Klux Klan, came to express support for the "white Christian values" they see embodied in Proposition 2. Unsurprisingly, the Klansmen were outnumbered by the thousands: The No Nonsense in November campaign, Soulforce Austin, and Atticus Circle led a reported crowd of 2,000 in a peaceful protest of the Klan's message on the South First Street bridge, while a thousand or so counterprotesters and the simply curious milled about the streets in a two-block-radius around City Hall – kept away by barricades guarded by hundreds of cops in full riot gear.

Over in Republic Square Park, members of Austin's Anti-Racist Action group converged to plan their means of making the Klan feel as unwelcome as possible. They appeared to settle on a tactic of finding KKK sympathizers (easily spotted by their SS neck tattoos), and alternately coming on to them and yelling at them. ARA members also rushed a blonde woman waving a World Church of the Creator flag on the corner of Colorado and Third. "You ain't welcome in this town," shouted one member, as others came running to demand that she leave immediately. "We're not here for racist reasons," she shouted back. "We're here for family values." After wildly stabbing at people with her flagpole, the woman and her companions were escorted away by police – only to resurface about a half hour later on the plaza, waving the WCOTC flag behind American White Knights Grand Dragon Steven Edwards. Presumably the APD decided that birds of a feather should flock together – although it's not clear how that decision comports with the city's "security" plan.

Out of sight and earshot of the general public, Edwards tried to move the Klan's PR away from hating black people and toward hating gay ones. "You will not hear any racial obscenities here today," he said to members of the media. "We're asking Texas to vote for Proposition 2, not because the KKK supports it, but because God supports it." With him were fellow members of the White Knights as well as representatives from the World Church of the Creator and the Imperial Klan of America – numbering 12 people, total. Brother Keith of the IKA, sick of people "using the Bible for their own means," stepped to the mic to quote Leviticus 18:22 and 20:13 in defense of his right to "stand against the perversions of this country!"

As APD and DPS helicopters roared overhead, the crowd beyond the barricades on Cesar Chavez grumbled about the heavy police presence and the wide berth given to the Klan. "If we can't go back there, what kind of rally is this?" asked a frustrated Alex Costilla, as members of the media were ushered onto the plaza by city public information officers. The official number of officers was "at least 200," according to the city, and in a press release, Chief Knee referred to the two-block radius as a "safety zone."

On Monday, Jim Harrington of the Texas Civil Rights Project and eight plaintiffs, including Costilla, filed a lawsuit against the city, citing First Amendment violations on behalf of counterprotesters. "This was a deliberate attempt to break up the demonstration," explained Harrington. "Police certainly have a right to to maintain order, but the people also have a right to make their voices heard." Also named in the suit are members of the media who weren't allowed access to the Klan due to a press identification process instituted by the city. The Wednesday before the event, members of the media were notified that, in order to obtain credentials, they needed to either be full-time news staffers or "submit a reference letter from at least two news agencies that have recently hired them as freelance news staff."

This suddenly announced policy proved an obstacle for members of the media who aren't paid for their work: Public Access Community Television's Pam Thompson, one of the producers responsible for bringing the progressive news program Democracy Now! to Austin, and Nick Papatonis, of the public access show Austin Gay TV, are among those mentioned in the suit. And Spencer Nutting, a documentarian working on a film about gay marriage, says he was denied access because he "didn't fit the narrow definition" of media provided by the city. The suit is seeking a federal court order requiring the city and the APD to "better plan and organize themselves for future demonstrations so that they don't interfere with, or impede, the rights of people (protesters and press alike) to exercise their First Amendment rights."

"Anyone who did not meet the criteria set forth by this office was given ample time to provide documentation," said city spokeswoman Rebecca Giello. Giello also said there were no regrets about limiting media access to for-profit reporters, and no plans to change that policy. Due to the pending legal action, APD issued a press release saying it will have no comment on the Klan event.

*Oops! The following correction ran in the November 18, 2005 issue: The photo cutline for last week's "With God on Their Side: The KKK Stops By" incorrectly stated there were dozens of Klansmen rallying on behalf of Proposition 2 in Austin Saturday, Nov. 5. There were actually only somewhere around a dozen. The Chronicle regrets the error. 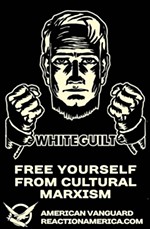 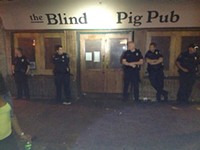 Blocked by the Cops
@Austin_Police doesn't want to hear your criticism