Questions – and lawsuits – still linger over Taser use 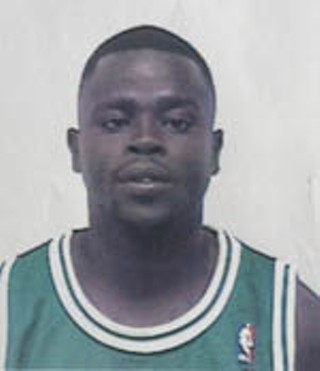 On Friday, Oct. 28, the Travis Co. medical examiner's office released the results of its autopsy on the body of Michael Clark, who died in police custody Sept. 26. The report, based on a postmortem examination performed by Deputy Medical Examiner Elizabeth Peacock, concluded that Clark, 33, died "as a result of consequences of massive intravascular sickling [blood cell sickling due to sickle cell disease] associated with extreme physical activity due to PCP and cocaine-induced excited delirium. He carried the sickle cell gene from one parent." Peacock's report specifically rules out, as contributing factors, both "hyperthermia" from the extreme heat – in excess of 105 degrees, midday on Sept. 26 – and the shock from Austin police officers' use of Taser stun guns.

According to the APD (called to the scene of an altercation between Clark and an unidentified woman), Clark resisted arrest, injuring two officers, and was pepper-sprayed and then shocked with a Taser at least three times, placed in restraints, and laid on the hot roadway for an undetermined time, until EMS arrived to transport him to South Austin Hospital, where he was pronounced dead later that afternoon. In all, some nine officers were involved in the arrest in some way. Following Clark's death, two officers were initially placed on restricted duty, but both were returned to full duty following APD's initial review of the incident. A more thorough departmental investigation is in progress, and the Travis Co. District Attorney's office will perform its own investigation.

According to the report, EMS determined Clark's temperature on the scene to be 99.7 degrees, "effectively ruling out any component of hypothermia." The report goes on to say that EMS determined that Clark's heart rhythms were initially normal, Peacock notes, which "effectively rules out any direct contribution of the Taser stun use, as electrical stuns produce death by initiating either ventricular fibrillation or ventricular tachycardia." The report notes a "lethal concentration" in Clark's blood of potassium, the apparent consequence of "breaking of the red blood cells associated with the sickling episode."

Although Peacock's report rules out both the heat and the Tasers as "direct" contributors to Clark's death, the autopsy has raised questions of whether these elements might have been contributing factors to the "extreme physical activity" it says brought on Clark's blood cell sickling and eventual heart failure. Nelson Linder of the Austin NAACP has expressed skepticism of the report's findings and told the Chronicle this week that the report apparently "skips the application of [police] force that may have precipitated Clark's reaction, and 'extreme physical activity.'" Linder said the NAACP is seeking an outside expert to review the medical examiner's report, and hopes he or she will have access to whatever forensic information is needed. (Clark's brother Jeff Clark told the Statesman that his brother did not have sickle cell disease and was not under the influence of drugs on the day of his death.)

In a press release, the APD welcomed the medical examiner's report, particularly the finding that "this death was ruled accidental and did not result from the deployment of Tasers by officers." According to the release, the department "continues to believe that the proper use of Tasers is critical to ensure situations are resolved with minimal injuries to officers and suspects when officers are involved with a violent person." Chief Stan Knee told reporters that the police videotapes of the arrest confirm that the officers acted properly and indeed "showed great empathy to Mr. Clark," although the department has not released the videos, citing the continuing investigation.

The Clark autopsy is not likely to lay to rest the controversy over APD's use of force, especially against minority residents, nor will it end the persistent local and national questions about Tasers. On Monday, an APD officer shot a man in northeast Austin who police said threatened them with knives – the officer was white, the suspect black. And on Oct. 19, Austin attorney Vic Feazell announced that he has filed a lawsuit against the city of Waco and Taser International, on behalf of the children of Robert Earl Williams Sr., who died after multiple electric shocks administered by four Waco police officers after a domestic dispute call. The Dallas medical examiner ruled the death a homicide, "caused by multiple electrical shocks during attempted restraint by police." Police claim that Williams threatened them with a metal bar, but according to the petition filed by Feazell, a former Waco district attorney, Williams offered no resistance, and was in fact "immobilized, compliant, and utterly defenseless." In a statement, Feazell charged that "Taser International is also guilty because Tasers are unreasonably dangerous devices with inadequate warnings and instructions." 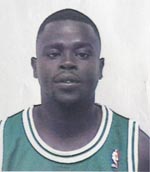