Lead-Laced Garbage Case Back in Court

Tweet
print
write a letter
Texas Disposal Systems was back in court again last Wednesday, facing Zenith Electronics and the Penske truck rental company in an eight-year-old battle over the fate of 1,600 tons of lead-laced garbage. After years of suing, countersuing, and even a failed attempt by the Lege to resolve the impasse, TDS and state environmental advocates assailed the Texas Commission on Environmental Quality for failing to act on its own previous determinations and accused the agency of having inappropriately close relations with Penske's legal council, mega law firm Baker Botts.

When a Penske truck hauling Zenith TV parts crashed on I-35 just south of Austin in 1997, debris was sent to the nearest landfill, TDS' facility near Buda. The truck's driver, however, neglected to tell emergency crews that once broken, the cargo was considered hazardous waste due to its high lead content. TDS' landfill isn't permitted by the state to handle hazardous waste.

In May 2004, TCEQ identified Penske as the generator of the waste, issuing them a violation for not properly characterizing the waste as hazardous and for attempting to illegally dispose of it. Disagreements arose over whether the material was still considered toxic once it had been removed from the landfill, since it had been commingled with trash. Penske has consistently denied the waste is hazardous, claiming that TDS generated the waste. The TCEQ gave Penske the option of testing the waste in its commingled state, and if hazardous, sending it to a properly authorized municipal landfill, which Penske tried to pursue. TDS refused to allow the waste to be removed for fear of long-term liability, however, saying Penske didn't have a valid shipping manifest. The waste is still there.

In an Oct. 12 letter to Baker Botts attorney Pamela Giblin, TCEQ Executive Director Glenn Shankle said, "I agree that Penske has made appropriate attempts to address the Notice of Violation. … I do not plan to take further action on the NOV pending the resolution of this matter in court proceedings." In her initial letter to Shankle, Giblin claimed Penske did not generate or transport the waste. Shankle did not address or respond to those claims in his reply.

"It looks like Pam from Baker Botts went to Glenn Shankle and said 'Jump,' and Shankle said, 'How high?'" High enough so that Penske is not the generator of the waste," said Texas Campaign for the Environment director Robin Schneider. "The TCEQ is not using its enforcement powers to enforce the law. You can't allow hazardous waste to be dumped in a municipal landfill and reclassify it eight years after the fact."

The communication was "further demonstration of Baker Botts' collusion with TCEQ's executive director," TDS owner Bob Gregory said, adding that the TCEQ gives the appearance that it wants the process to go forward without the benefit of federal and state rules. Schneider, pointing to what she called the "incestuous relationship" between Baker Botts and the environmental agency, identified two women who worked as executive assistants to Shankle at the TCEQ, Sonia Ralls and Terry Seales, whose spouses are tied directly to the case. Schneider said Ralls is married to Fred Dalbey, an expert witness for Penske, and Seales is married to Robert Strauser, a Baker Botts attorney representing Penske.

In an e-mailed response, TCEQ spokesman Terry Clawson said, "given that these issues are the subject of significant dispute and there are numerous pending lawsuits that have been filed to resolve these issues, we do not believe it is appropriate to comment at this time."

Michael Duff, a senior vice president and general counsel for Penske, said, "This matter has reached a stalemate because TDSL has repeatedly refused to allow us to remove the material at the landfill and TCEQ commissioners have publicly stated that the differences between TDSL and Penske can only be resolved in court. This has gone on far too long and the way to bring it to a conclusion is to hold a trial on the lawsuit TDSL filed against our company seven-and-a-half years ago."

This latest court appearance in Hays Co. district court was the first meeting with newly appointed visiting Judge Gus Strauss. The case is expected to be on the court's docket again in mid-June. 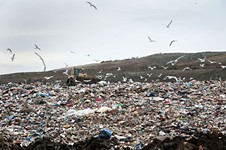 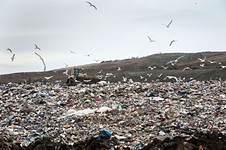 Austin’s Least-Loved Landfill May Be Poised to Grow Again
The other ACL: The Austin Community Landfill