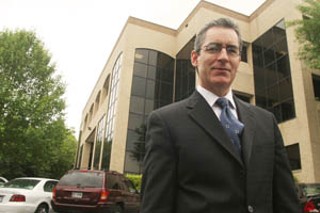 Does Travis Co. file a disproportionate number of lawsuits against East Austin homeowners? Two separate analyses of the county's pursuit of delinquent taxpayers turned up two different answers – yes and no.

The county's own analysis rejects such a charge, while an Austin law firm angling for a piece of the county's tax collection business says the numbers tell a different story. This is just one of several back-and-forth debates weighing into the question of whether a private firm can do a better, cheaper, and fairer job of enforcement.

County Commissioners will revisit this issue later this month, after having time to digest a lengthy staff presentation and other testimony at their meeting later this month. The privatization question is a particularly thorny one for many current and former staffers. For them, the argument boils down to public accountability – something that would diminish or disappear altogether under private control. On a personal level, many are also chafed that one of their own – former Travis Co. Attorney Ken Oden – is jockeying for the county's business after moving to the private sector. Oden used to resist overtures from outside law firms angling for the county's lucrative collection contract. Now he's a partner in the same law firm that came calling a few years back – Linebarger Goggan Blair & Sampson LLP. Things are different now, Oden insists. He has crafted a proposal that he believes is far better than any that came across his desk at the county. And he says that, through a public-private partnership, his firm and the county could both increase the collection rate of late taxes, save the county millions of dollars, and re-duce the number of lawsuits filed each year.

Critics of privatization refer to firms like Oden's as "bounty hunters" – named because state law allows private attorneys to impose a 15% to 20% "bounty" on delinquent taxpayers. County attorneys don't have that luxury, but they can collect court costs and attorneys' fees on successful lawsuits; that system, says Oden, encourages the county to file more lawsuits.

Another law firm competing for the county's business, Perdue Brandon Fielder Collins & Mott LLP, says it, too, can file fewer lawsuits than the county, but the firm – Linebarger's closest competitor in the cutthroat collection business – has steered clear of criticizing the county's tax-collection system.

Travis Co. is the only major metropolitan county in the state that runs its own delinquent tax-collection program, while other counties have cheerfully handed off this responsibility to the private sector. By most accounts, the county runs an efficient tax system, with overall collection rates in the 97-to-98-plus percent range. But Oden asserted that not only does the county file too many lawsuits, it also unfairly targets low-income homeowners. He said that in fiscal years 2003 and 2004, more than 86% of the county's lawsuits were filed against delinquent taxpayers whose homes were assessed below $111,328.

"This got our attention," said County Auditor Susan Spataro, who is on a county committee charged with evaluating the proposals. Because of Oden's assertions, much of Spataro's presentation was devoted to defending the county's record on tax collections. She disputed Oden's 86% claim because, she said, 45% of the county's lawsuits in 2003 and 2004 were filed on "personal" property as opposed to "real" property, such as homesteads and businesses. She went on to explain the strict criteria used to determine whether to bring suit against a property owner. If the delinquent taxpayer has a poor payment history, a long-standing balance over several years, or hasn't made a good-faith effort to make other payment arrangements, then a lawsuit is in order, she said.

County Commissioner Gerald Daugherty agreed that the county goes out of its way to accommodate delinquent taxpayers. "We do everything but go to your house and take you to dinner," he said. But the county process has sparked concern from such groups as the NAACP and the Hispanic Chamber of Commerce, whose president, Eliza May, told commissioners she supports the county re-evaluating its lawsuit process and exploring methods of improving performance.

Oden expressed frustration that county staffers spent more time at the meeting defending the county's record than discussing the law firms' proposals, and said he's "happy that we're to the point where we can now consider the merits of each proposal rather than just hear rhetoric."

It's uncertain whether the county will consider the job creation component of Oden's proposal – the creation of a national call center in Austin that would handle Linebarger's collection accounts. Oden says the center will locate in Austin, with or without a county contract. The Austin-based law firm, one of the largest collection outfits in the country, expects to hire 100 workers to start and grow to about 500 employees over the next few years. The center is in the early stages of construction adjacent to the firm's office in southeast Austin.

A peripheral but unrelated component of the Linebarger proposal involves another, rather complex Oden brainchild – the recently formed Central Texas Education and Workforce Development Foundation, a nonprofit corporation set up to address employment needs in Travis Co. and beyond. The board of directors includes notable names in business and community affairs, such as May, attorney Pike Powers, the Rev. Joseph Parker, Dr. Sterling Lands, and Robin Rather. Oden says the board is now only a "shell" that could flourish if the city and county consider new methods of awarding tax incentives to large corporations relocating or expanding in Central Texas. Oden is putting his own idea to the test. He has submitted applications for tax abatements on the new Linebarger call center – with the promise of assigning the value of those benefits to the foundation. The request for incentives is a long shot. The call center is a $1 million project – small potatoes compared to the projects valued at $100 million on up, which are more likely candidates for tax abatements. But Oden believes the idea could catch on with major companies willing to dedicate some or all of their financial incentives to the foundation, thus making an investment in their future workforce.

County Judge Sam Biscoe says the idea is intriguing, but he stopped short of making any other endorsement before having more information. For now, he says, he'd prefer to focus on the issue at hand – the business of collecting property taxes.