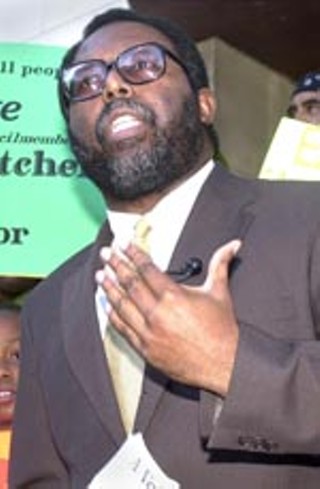 Austin NAACP head Nelson Linder still has concerns that blacks are disproportionately targeted by Taser use. (Photo By John Anderson)

Incidents of police use of force declined in 2004 along with the number of serious injuries to both officers and suspects, a fact the Austin Police Department attributes in large part to the increased availability of Taser-brand electro-shock weapons, according to a new report from the APD. Still, critics say the department has not done enough to reduce the rate of force used against minorities and are still questioning whether Tasers are a less-than-lethal alternative to deadly force.

According to the department's analysis, only 2.5% of all arrests in 2004 resulted in the filing of a use-of-force report – that is, out of just over 48,000 arrests, there was a total of 974 force reports filed by police. Police are required to file a UoF report any time they take "any physical action that causes apparent injury, or causes a person to complain of pain or injury." That decrease was coupled with a reduction in reports of serious injury to both officers and suspects, the department says. The APD reports that serious injury to suspects – that is, injuries that require "hospitalization or intensive medical treatment" – declined 82.4% last year, with just three cases of serious injury vs. 17 in 2003, while serious injuries to officers decreased by 50%. "[M]uch of this reduction [in injuries] can be attributed to the availability of Tasers," reads the report.

In 2003, the department had 160 Tasers, which were used 66 times and accounted for just 5.7% of force reports filed that year. In contrast, in 2004, the department had nearly 1,000 Tasers, which were used 334 times and accounted for 33.4% of all force reports. The increase in Taser use also accounts for the decrease in other types of force – specifically, to the decline in "soft hand control" and "hard hand control," including hand strikes, leg strikes, and neck restraints, which "have a high probability of injury," according to the report. Use of Tasers has led to a decrease in "physical contact between officers and subjects" and "seems to have contributed to fewer injuries overall for officers and fewer serious injuries for the subjects."

Nonetheless, concerns about the safety of Tasers – specifically, questions about what, if any, long-term physical effects they might cause – continue to surround their use. Although manufacturer Taser International has repeatedly said that no one has died as a result of Taser use, critics of the device, like Amnesty International, claim that Taser use has been at least a contributing factor in nearly 100 deaths. Back in April, EMS Medical Director Ed Racht told the City Council that out of 40,000 documented Taser uses, there are only four deaths associated with the weapon that have been "critically analyzed" in peer-reviewed medical literature. In each case, "the strong weight of the evidence is that those four deaths are related to [a] pre-existing drug state … and not the tasing event," Racht said. The new UoF report cites the case of one suspect who died while in police custody last June after being shot several times with a Taser. According to the report, the suspect was arrested after forcing his way "into a strange home." When police arrived at the house the suspect "would not comply with verbal instructions and began to struggle with the officers." After the suspect was tased and placed in handcuffs officers "noticed that the subject had stopped breathing." Resuscitation efforts were unsuccessful; the autopsy report listed "accidental overdose" as the official cause of death. What role the Taser might've played is unknown and wasn't commented upon in the APD report.

That troubles Austin NAACP President Nelson Linder, who says that so far Tasers represent a catch-22 for Austin residents. "We don't want the use of deadly force," said Linder, who is still concerned about the weapon's long-term health effects. "That's a big issue," he said, and the main reason that the NAACP has called for a moratorium on the weapon's use. Virginia-based forensic scientist James Ruggieri caused a stir earlier this year after reporting to the American Academy of Forensic Examiners that his research showed that heart damage and "fatal heart rhythms" can develop hours after a Taser shock, and that both suspects and police officers who have been subjected to shocks during training "may have unknowingly incurred permanent heart damage," The Arizona Republic reported in March. (The daily also reported that several Arizona police officers had "suffered career-ending injuries that they attribute to Taser shocks," including one officer who says his back was broken by a shock from a Taser fired in direct contact with it when the gun was in so-called "drive stun" mode.)

Meanwhile, the decrease in UoF filings last year also caused the department's "rate of force" to sink 10.5%, to a rate of 20 incidents per 1,000 arrests. (In 2003, the rate was 22.3 per 1,000 arrests.) The rate of force per 1,000 arrests broken down by ethnic group also decreased in 2004: The use of force rate for blacks was 22.6 per 1,000 arrests, 18.7 for Hispanics, and 17.4 for whites. That's compared to 2003 numbers of 23.0 per 1,000 for whites, 19.5 per 1,000 for Hispanics, and 22.9 per 1,000 for blacks. Linder thinks the numbers are "still very problematic" when compared to each group's share of the overall population, however. According to demographic statistics reported by the city's demographer earlier this year, whites make up nearly 53% of the population, Hispanics nearly 31%, and blacks just under 10%. Assistant City Manager Rudy Garza said that comparing force rates to arrest rates might offer a clearer picture of the UoF rate. In all, Garza said, blacks and Hispanics accounted for 61.3% of all APD arrests in 2004 and, similarly, were the subject of 62.11% of all UoF reports. What that means is up for debate. To Linder, APD's overall rate of force used against minorities is an indicator that the department still has work to do to ensure that officers are accountable for their actions. "When you look around the country, [you see that] if you have accountability," you don't have problems of disparate treatment of minorities, Linder said. Garza said he is "pleased" with the progress APD is making, but that he feels "pretty confident in saying, for the chief on down, that we can always do better." 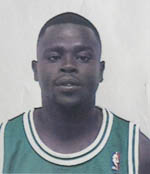