Lifting the Curse at KEYE?

Can big bucks and big names return the CBS affiliate to the land of the ratings living? 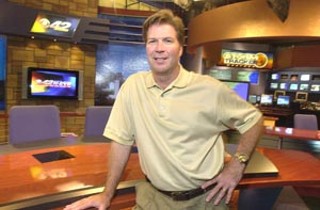 "We just got the approval for the check today," says KEYE general manager Mike Reed, as he leads a visitor into his office. Reed, who took over the helm of the CBS affiliate last year, is talking about $500,000 for four high-definition cameras for the news studio, part of an ongoing high tech overhaul of the station paid by for by its corporate parent, Viacom. Reed says he expects the new cameras to be installed by August, assuring that KEYE viewers will soon receive amazingly crisp pictures of Judy Maggio, Fred Cantu, and the rest of the KEYE news team.

The high-def upgrade is the latest installment of a spending bender by the CBS affiliate, as it attempts to change the fortunes of its news operation, the perennial doormat of the local competition. In the last two years alone the station has hired a consultant to design and build a new news set, dropped $1 million on weather gear, spent $2 million on a digital studio and assembled something of an all-star lineup of veteran anchors, including Maggio, Cantu, and Ron Oliveira, most recently of local ratings leader KVUE (and not yet visible because of standard noncompete clauses in his KVUE contract).

And, yet, up to this point, the results have been, as they say, mixed. Although it is competitive with the other network affiliates at 10pm, and the audience for its newscasts continues to grow, KEYE remains the runt of the local ratings litter, trailing in almost every key time slot. "Are we where we want to be? No," Reed said. "But are we thrilled with where we came from? Yes. We're thrilled with the growth we've seen." 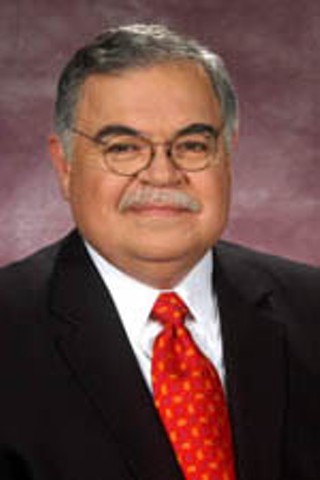 To hear some tell it, KEYE has been cursed. One of the station's original founders, they note, was Steven Beard, who was notoriously murdered by his wife's lover in 1999. Years later, no matter what moves management makes, it can't seem to shake its lowly reputation. Think Chicago Cubs – except instead of packing the stands, these not-so-loyal fans would rather watch reruns of The Simpsons.

More Earth-bound theorists believe KEYE is still feeling the backwash from its 1995 network affiliation swap with KTBC, when KEYE was turned into a CBS affiliate and KTBC became Austin's Fox station (Fox 7). Television executives suggest that local TV viewers are such slaves of habit that only forces of nature, or else a hit network show, can change them.

When it first became a CBS affiliate, KEYE (Channel 42 on the traditional broadcast dial) launched a newscast which is still widely discussed in local news circles as notable for its anything-goes attitude. To demonstrate a windstorm, the news staff might bring a wind machine into the studio, or to make a point in a story a reporter might wear a Speedo. By all accounts, instead of drawing viewers, the do-it-flashier strategy backfired.

"We're still living down the reputation driven from five to 10 years ago," said Reed. Research shows that KEYE tends to be more popular these days with people who moved to the area in the last five years, Reed says, suggesting that viewers who don't know the station's history tend to like it more. As with many low-rated news operations, the situation wasn't helped by a period of musical anchors and high newsroom turnover. Maggio says she "absolutely" considered KEYE's reputation before moving to the station in 2003, after 21 years at KVUE. "I had to be concerned that the station was heading in the right direction," she said. The attempts to change KEYE's karma go well beyond the new set and anchor team – spruced up in the last two years with weatherman Byron Webre and sports anchor Skip Baldwin. As part of a CBS-wide movement, the station has quietly cut back on the number of commercials and promo spots during newscasts, in hopes of convincing advertisers to pay more in exchange for less clutter. And new graphics have given the station a visual makeover.

As a result, using the rhetoric of local TV news promotions, KEYE can lay claim to being the "fastest growing news operation" in Austin, which makes sense, considering its ratings could only go up. Before Maggio's arrival, the 10pm newscast was often beaten by reruns of sitcoms. "We're growing but the other guys are not," Reed said.

KEYE management proudly points to 10pm, where it is now practically in a dead heat with ABC affiliate KVUE and NBC affiliate KXAN for viewers 25-54, a key demographic. But even at 10pm it still trails its rivals in overall viewing audience. Meanwhile, its fledgling morning show is usually last, and while KEYE often beats Fox 7 at 5pm, it is also stomped by Jeopardy over on KXAN. At 6pm, another key time slot, KEYE is still fourth, when, to its shame, the station's newscast usually draws a smaller audience than Fox 7's reruns of The Simpsons.

But many factors – particularly the strength of a newscast's lead-in program – can wreak havoc with the local news competition, KEYE executives argue. At 5pm the Oprah monster is still dominant, Reed said. "Five is a tough one," Reed said. "KVUE has the Oprah lead-in and that's very tough to beat." 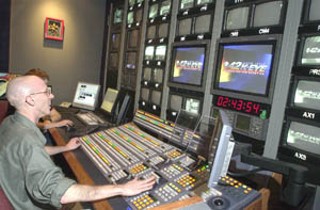 The new control room at KEYE (Photo By John Anderson)

Logically, it would be easy to point the finger at the anchors, who were paid six-figure salaries, presumably under the theory that they would attract an audience. "They brought in Fred Cantu and Judy Maggio and they thought they'd bring loyal viewers, but maybe it wasn't that simple," said Eileen Keller, president of Blitz Media, a longtime local media buyer. "Maybe it was not enough to have a tried and true Anglo female and a tried and true Latino anchor."

KEYE news director Tim Gardner argues that it will take more time to get people into the habit of punching Channel 5 on their cable remote for Maggio instead of cable 3 for KVUE. "It's not like in sports when you make a personnel change on a team with a losing record and next year it's in the playoffs," Gardner said. "It's not like that."

When Oliveira is able to go on the air next spring – after the expiration of his noncompete clause from his KVUE contract – it is widely presumed Cantu will move to the mornings, where he found the bulk of his success. Perhaps to squash any perception that Oliveira's hiring may reflect poorly on Cantu, earlier this month the station took the unusual step of sending out a press release announcing that Cantu had signed a new five-year deal.

Maggio and Cantu "have become our identity," said Reed, noting the duo brings all sorts of intangibles to the newsroom, thanks to their experience. "They are not 'prima donnas,'" he said. "They give meat and substance to 'coverage you can count on' [the station's motto]."

But the impression that not everything was coming up roses is accented by the recent hiring of two new newsroom executives – an assistant news director, Suzanne Black, most recently news director of the WB affiliate in San Diego, and an executive producer to oversee the 5 and 6pm newscasts, Melody Denning, formerly of News 8 Austin, the Time Warner cable news outlet in Austin. Both are newly created positions. "It never hurts to have another set of eyes and years of experience overseeing the product," said Maggio, who also carries the title of managing editor.

While KEYE is often portrayed as a perennially unhappy newsroom with high turnover, management notes that several staffers have moved over from KVUE in recent months. "Stability only really came to the station in the last three years," said Gardner, who has been working for four years to destroy the station's loser image. "We are about where we thought we'd be about now," he said.

Management is hoping the new digital technology will put them ahead of their competitors, at least in terms of the newscasts' look and ability to deliver advanced services. "We're trying to plan for the future," says Dusty Granberry, KEYE's director of broadcast operations and engineering, who has been working in Austin since 1972. "It's just amazing" the difference the high-def cameras will make, he says. "It's going to be crystal clear, sharp, more depth. ... More lifelike is the way we like to look at it."

Nevertheless, new high-definition cameras and cool graphics are unlikely to boost the ratings, Reed acknowledges. But it's all part of the station's plan to establish itself for the long term. "It's not a sprint, it's a marathon," Reed said.