On July 1, U.S. Supreme Court Justice Sandra Day O'Connor handed in her resignation from the court, announcing that she will leave the bench upon the confirmation of her successor. O'Connor, a native of El Paso who grew up on a ranch in Southeastern Arizona, was nominated for the bench in 1981 by President Ronald Reagan and became the first woman to sit on the high court. In February, O'Connor also became the first woman to preside over the court during an oral argument, when she took the helm for ailing Chief Justice William Rehnquist, hearing the eminent-domain case of Kelo et al. v. New London et al. The court's ruling in that case – from which O'Connor authored a harsh dissent – declared that governments may seize private property for use in "economic development" plans that may, primarily, benefit private interests.

In a three-sentence resignation, 75-year-old O'Connor wrote that serving on the court has been a "great privilege" and that she will leave with "enormous respect for the integrity of the Court and its role under our Constitutional structure." Reportedly, O'Connor is leaving, in part, to spend more time with her husband, John Jay O'Connor, who has Alzheimer's disease. During her 24-year tenure on the high court, O'Connor developed a reputation as a moderate and reasoned jurist, whose narrowed, case-by-case consideration of the law in more recent years made her vote the court's crucial swing vote – especially on hot-button social issues such as abortion rights and the First Amendment's church-state separation clause.

On Friday, President George W. Bush praised O'Connor as a "discerning and conscientious judge" and a public servant of "complete integrity." Bush said he will begin compiling a short list of possible nominees to replace O'Connor and hopes to fill her chair before the start of the court's new term in October.

The Roberts Court Begins Its First Term
Abortion, assisted suicide, and free speech vs. campaign reform on the docket 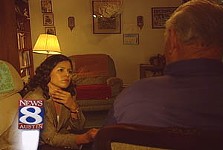