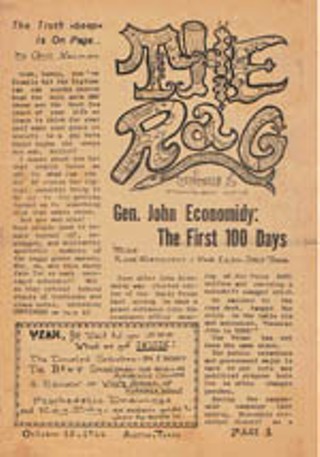 A child of the Vietnam era, former UT student activist Alice Embree thinks a lot these days about how life comes full circle. "Here we've got a war, and we've got another president without an exit plan," she says. What's notably different, however, is that the anti-war movement isn't at all what it used to be. Embree attributes this largely to the fading away of the draft, but also to the media, or lack thereof in this case.

The underground press of the Sixties and Seventies played a major role in forcing Vietnam into the collective consciousness of the era's youth. The media landscape as a whole was less consolidated and less corporate, which, among other things, meant a wider array of political voices, not simply those running the show, made it into print. As a former writer for The Rag, a tiny weekly publication born in Austin in 1966, Embree would know.

The Rag was produced on sheet-fed news print, sold for 10 cents a copy, and depended on the free labor of the largely UT-student-composed counterculture thriving in Austin at the time. The artsy publication began its nearly 11-year run not long after The Daily Texan took a sharp turn to the right with a new editor, Embree said. Students for a Democratic Society was a major recruiting ground for The Rag. "It was an activist community," as she put it. With The Rag as a voice, the activist community became more organized. "The whole underground press became [a conduit] for sharing what was going on in the country … the connective tissue politically and culturally," said Embree, who is helping organize an upcoming Rag staff reunion.

At this point, 60-100 former ragtags are expected to congregate in town for the September event. Three public events have been planned for their Ragunion so far:

In the same vein as the reunion, former Rag photographer Alan Pogue's photos of legendary Austin hangout Les Amis will be on display at the Dandelion Cafe at 1115 E. 11th while everyone is in town.

For more information, and/or to contribute to the ragtag extravaganza, e-mail alanpogue@mac.com or join the reunion listserv ragstaff@yahoogroups.com. 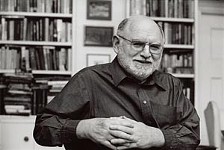