The capital of Texas ... a great place to hook up and throw up 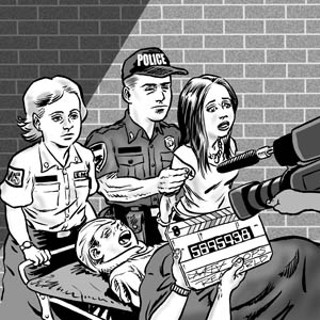 Within two days of arriving in town, The Real World: Austin cast member Danny – aka the hunky one – was lying in the middle of Sixth Street, held down by a man in a black jacket who punched him so hard it shattered his eye socket.

Local business boosters trumpeted the presence of MTV's most popular reality show as a boon to tourism, a chance to really show the rest of the world that Austin is more than the home of Jenna Bush's favorite margarita bars. The Austin Convention and Visitors Bureau, using economic formulas beloved by tourism associations, calculated the show is worth $20 million in publicity for the city, based on the idea that every half-hour episode is a free ad. But after two episodes, it's clear that it may not be exactly the type of publicity city leaders crave, unless they're eager to market Austin as a great place to vomit in the street.

Even in the realm of MTV, the "seven strangers" gathered for the Austin cast are presented as remarkably shallow and alcoholic, uninterested in any concept beyond the ingredients of a daiquiri and the odds of hooking up before happy hour. (The one thing you'll never, ever see on The Real World – someone reading a book.) "Wes is like a typical frat guy and I love that about him," says Danny, gushing over his new roomie. He was doing far more gushing, however, over roomie Melinda, the blond cutie who is apparently using the show to audition for a career as a porn star. "Should I start humping the bed or what?" Melinda wails in episode two, distraught over a week of celibacy, as she eyes Danny's butt. 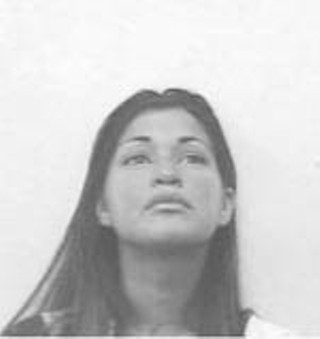 Cynthia Maddox, marketing and communications director of the ACVB, acknowledges she was a "little shocked" when she first tuned in the wacky adventures of the bed-hopping, shot-guzzlin' Austin gang. The first episode alone included scenes of several cast members drooling drunk, a physical confrontation between two toasted roommates in a club, a lesbian kiss in a hot tub, and gratuitous discourse on who was going to hook up – and of course the brawl on Sixth Street that sent Danny to the emergency room.

If all this makes Austin look like the cheap party ho of the South, local tourism officials are willing to roll with it. "We're known as the city to go to for a good time," Maddox says. While she may not want her daughter to watch the show, Maddox says it will help the city's image. "For the crowd that watches it," Maddox says, "quite frankly, it looks like they're having fun. It plays right to the crowd that this is intended for."

If nothing else, this target audience of hearty partiers is a far cry from the kids Mayor Will Wynn described as "young, energetic, educated, driven" who display "a passion for the outdoors and live music,'' when he proudly announced the show was coming to Austin. These vaguely educated, extremely energetic kids apparently won't be visiting the local museums any time soon, or swinging over to catch the latest offering of the Austin Ballet, unless the ballet starts a Hooters night. Their sphere of interest apparently doesn't extend far beyond the bathroom at the Dizzy Rooster.

Thanks to our MTV tour guides, viewers contemplating a summer trip to Austin have learned that it's best to show caution when asking youngsters on Sixth Street for directions, you need a taxi to get anywhere, and it's a swell place for drinking heavily if you're underage. Two of the cast members – Wes, the frat boy, and Nehemiah, the "black guy" – are 19, according to MTV, yet they are seen carousing in Sixth Street bars, which could be viewed as, well, "illegal." "I hate that it's being depicted that it's OK for someone 19 to be intoxicated in a bar," said Lt. Robert Saenz, district supervisor for the Texas Alcoholic Beverage Commission, who calls the scenes "very disturbing."

For all its quirks, The Real World is something of a cultural barometer, a concept that may send cold shivers through anyone who hasn't bonged a beer in the last 24 hours. Molly Alexander, associate director of the Downtown Austin Alliance, says she has been getting calls from all over the country about renting the party house (sorry, it's already leased). She hopes the show, despite the antics of the cast, will illustrate that it is "still hip and cool to be in the central city," and will entice younger people to live in downtown areas.

Following the model of past seasons, an army of self-loathing pundits and meth-crazed bloggers is already sifting through the empty beer bottles and used condoms to determine if MTV's version of reality doesn't contain a larger message about Austin and the younger generation who will man the Taco Bell drive-up windows of our future. Sample thread from RealWorldaustin.com: "If it's the Real World, why are there never any fat people?" Even more daunting is any attempt to discern if the pretty pictures and plugs for SXSW shown between drunken brawls will encourage RV enthusiasts from Utah to stop by this summer or convince multinational corporations to move their headquarters here, as the chamber-types hope.

As hardcore Real World: Austin followers already know, there is more prime time exposure ahead for the city, courtesy of the wacky band of youngsters. Another roommate, Johanna – "the fiery Peruvian" – was arrested for public intoxication after an altercation with a flower vendor during her stay in Austin. MTV cameras reportedly captured her arrest by Austin police. As marketing experts know, you just can't buy that kind of publicity.