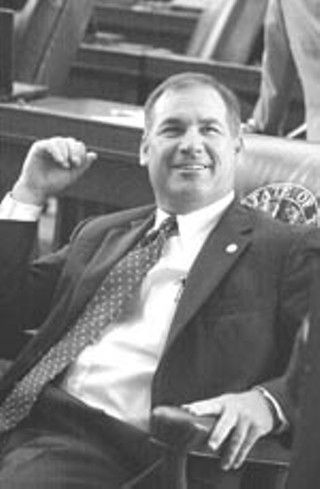 First things first: A fast-moving bill that threatens to devastate local water-quality laws could go to the Senate floor as early as today (Thursday). The far-reaching property rights legislation sailed out of the House Monday, beating this week's deadline for passing bills in the lower chamber. That it got this far – despite two successful delays maneuvered by Rep. Eddie Rodriguez, D-Austin – shows that this bill has plenty of (bipartisan) political muscle.

House Bill 2833 would strengthen the state's anti-"takings" laws by forcing municipalities to compensate landowners for environmental regulations that devalue their property by more than 25%. The city of Austin and several other Central Texas cities view the bill as what it in fact is – a "taking" of local control and a "giving" of taxpayer subsidies to landowners/developers.

Cities and environmental groups from across the state have spent the past weeks, days, and now, the final hours, prevailing on senators to do the right thing. On the other hand, so have "property rights" activists. If cautiously cocky developer lobbyists are the best indicators of what to expect in the Senate, then we are apparently screwed. On a hopeful note, opponents late Tuesday were said to be close to securing the magic number of 11 senators needed to block the legislation.

The bill's sponsor in the House, Rep. Robby Cook, D-Eagle Lake, has on several occasions singled out Austin's water-quality ordinance as the impetus for the bill. When he talks about the threat of the city's environmental laws eventually fanning out across a wider swath of God's country (a multicounty regional planning effort long in the making), you'd think a swarm of locusts – hellbent on preserving rather than devouring the natural environment – had invaded Central Texas. Last week, shortly before Rodriguez spotted a technical error that sent the bill back to committee for a second time, Arlington Rep. Lon Burnam tried to assure Cook that the sky wouldn't fall if the bill didn't pass that day. "It depends which sky you're standing under!" Cook shot back.

It's a wonder that the bill even made it out of committee in the first place, given the Legislative Budget Board's gloomy analysis: "The financial impact on cities is anticipated to be substantial, especially in fast-growing areas of the state," the report warns. "Cities would have to prepare a 'takings' impact assessment for each regulation. ... Uncertainty created by the bill could result in high legal fees to determine whether appraisals are correct."

But even bad bills – rather, especially the bad bills – have a way of winning over legislators, no matter how dire or costly the projected outcome. When the bill returned to the floor for a third time on Monday, Reps. Rodriguez, Burnam, and Elliott Naishtat each made several attempts to pile on amendments that would gut, weaken, or remedy the measure, to no avail. In the end, the House, including area Reps. Terry Keel, Todd Baxter, and Mike Krusee, voted 103-41 to send Austin and its million-dollar lobby team packing.

The story behind HB 2833 provides a portrait of conservative backlash. A newly formed front group with a tree-hugging name – the Texas Landowners Conservancy – moved the bill into the spotlight with the help of Agriculture Commissioner Susan Combs, a slick PR campaign, and an equally slick lobby team. The "conservancy" group is in fact comprised of western Travis Co. landowners tied to real estate and development interests. The group's payroll includes PR businesswoman Elizabeth Christian (wife of former mayor Bruce Todd), developer lawyers Terry Irion and Dan Wheelus, and lobbyists Chris Shields and former Sen. David Sibley. Christian says Todd has done some peripheral work for the landowners group but is not lobbying for the legislation. "He's doing what he frequently does," she says. "He brings people together and mediates sticky situations."

Many of you will recall the sticky situation that the Todd/Irion/Wheelus trio fashioned out of the Lowe's aquifer big-box battle. In the 2003 legislative session, the team worked its magic on an Austin-bashing bill that Irion drafted and San Antonio Sen. Jeff Wentworth carried on Lowe's behalf. The legislation passed, but ultimately failed to help Lowe's in separate legal fights with Austin, Sunset Valley, and the Save Our Springs Alliance. After more than a year of lawsuits and appeals, the company finally settled (this being the second such settlement) in early March. The settlement agreement allows Lowe's to resume construction on its Brodie Lane store, but with much more stringent environmental controls and an additional $350,000 in mitigation fees for land acquisition.

Lowe's also agreed not to pursue any Austin-bashing legislation in the 2005 session. So there was understandable concern when, just a month after the March settlement, Irion and Wheelus (who represented the landowner in the Lowe's dispute) showed up at the Capitol to lobby for HB 2833. Sunset Valley attorney Doug Young immediately sought assurances that Lowe's wasn't behind the bill. "I contacted Lowe's lawyers and they told me [Irion] is not doing any work for them," Young said. "These guys just tend to hang around together."

In fact, Irion says he first started working on HB 2833 and similar bills when he was still working for Lowe's, in the event things fell through with the settlement. "Before I got involved with the Landowners Conservancy," Irion explained, "we were looking at putting together a legislative team and a general concept for the bills when Lowe's was considering legislative remedies."

So Irion's work wasn't for naught, thanks to the formation of the landowners group. The organization's treasurer, Charlotte Warren, explained how things fell into place: "We relied on Sen. Sibley to help us on that side," she said of the former lawmaker and chair of the Senate Business and Commerce Committee. "He was able to talk to people and tell our story." Irion and the rest of the lobby/PR team were brought on board through "professional acquaintances out in the community," she said. "We were not personally acquainted with them, but we talked with them over dinner and they seemed like honorable folks."