Place 3 surprises, while the rest of the vote follows the program

Blame it on TV, smoking, or the tolls?

Those were the open questions after Saturday's election smoke cleared, and we won't be certain of the answers for some time – at least until after the June 11 run-off in Place 3, and perhaps not until whatever legal action ensues over the now-pending smoking-ban ordinance, officially due to take effect September 1. As everybody noted, a whole lotta people came out to vote only on the smoking proposition – not bothering to bone up sufficiently on the City Council candidates even to spin the wheel – and while the victory margin for the anti-smokers narrowed a little on election day, it was hardly enough of a shift to draw broad conclusions. Pro-ban consultant Glen Maxey watched the neck-and-neck returns on election night and remarked, "It's just like the presidential election – people poll a strong Democratic majority on all the issues, and then they go into the booth and vote for Bush. The smoking ban polls 60-40 in favor – and then the actual voters make it close."

On the TV beat, there was a strong consensus that Jennifer Kim's decision to use TV in the last 10 days of the race – and perhaps more importantly, Gregg Knaupe's decision not to do so – shoved her margin over him from the one percentage point she had in early voting to the 9% on election day. Since the voters were a little vague on all these candidates – only Margot Clarke had a considerable public presence before this vote – seeing a face to attach to a ballot name became a crucial advantage. Most of us, including yours truly, were frankly guessing that Knaupe's money and identified voting bloc would assure him survival to a second round. Now Clarke has a monetary advantage delivered by her adherence to the Fair Campaign Finance rules – as a consequence, she'll get nearly $100,000 in public funding while Kim goes begging, perhaps to the same cash cows (or rather, bulls) who poured late money into Knaupe's campaign, to no avail.

"Everybody's against tolls, aren't they?" Anti-toll Place 4 candidate Wes Benedict mused on Saturday night, noting that despite some qualifiers, every candidate on the ballot had come to oppose tolls on existing highways. Of the three Toll Party-endorsed candidates, only Clarke survived, but that vote may have helped solidify her margin among four candidates not otherwise easily distinguished on the issues. Since the council, steamrolled by suburban politicians, has had little actual effect on the toll plan, it was an easy position to take. It remains to be seen if the new council – now absent anti-sprawl warriors Daryl Slusher and Jackie Goodman – will be any more effective in slowing the bulldozers.

Questions to ponder, as our News staff follows with reports from the Saturday-night celebrations, disputations, and resignations. 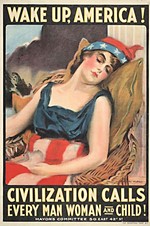 Austin City Elections
Time to get creative with your vote