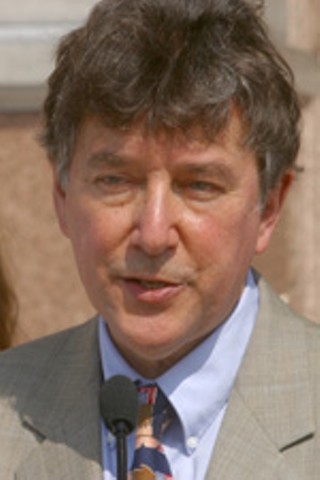 Republicans are big on reform. In this legislative session alone, GOP leaders have set out to "reform" public schools, "reform" workers compensation, "reform" asbestos litigation, "reform" local property taxes, and even "reform" the state Constitution – sort of a pre-emptive reform measure to harden into concrete the state's existing ban on gay marriage.

More often than not, though, "reform" is in fact another word for "privatize" – as in the Legislature's ongoing efforts to privatize a major component of Child Protective Services. No one denies that the beleaguered (and radically underfunded) CPS system is due for an overhaul, but farming out the agency's child-abuse case management functions will not be like outsourcing toll roads or mail services. Our elected officials are talking about turning over to private companies the job of making important placement and treatment decisions affecting children who have become wards of the state. Legislation authored by Rep. Suzanna Hupp, R-Lampasas, the newly appointed chair of the House Human Services Committee, effectively throws caution to the wind where children are concerned, and seeks to have a fully privatized case management system in place by 2009.

"It's frankly inconceivable," pronounced Scott McCown, executive director of the Center for Public Policy Priorities and a former state district judge who presided over hundreds of child welfare cases in Travis Co. McCown is so adamantly opposed to the headlong privatization sweep that he has pulled out all stops to try to prevent that particular section of HB 6 from moving forward. "It would fail," McCown predicted of the plan. State officials "would be stuck with a disaster on their hands." McCown started sounding alarms once he realized the likelihood of the House bill running roughshod over the Senate legislation, which takes a more cautious approach to privatization with the introduction of a pilot program.

Proponents of the House plan assert that privatizing case management would allow the state to focus on the backbone of CPS – investigations – the most troubled division in the agency, due in large part to Texas' miserly spending habits, evidenced by studies showing that the state spends 60% less than the national average on child protection, and 40% less than the average spent by Southern states. On top of this, the state expects to encounter additional costs through privatization, both with the additional layer of administration and the increased staff required to oversee the private contractors.

McCown says he doesn't altogether dismiss the idea of a private company handling case management functions. Rather than going full tilt, as the Hupp bill proposes, McCown suggests staking out a testing ground in an urban county or geographic region. Fortunately for children's advocates, the GOP leadership – Gov. Rick Perry, in particular – apparently doesn't want to turn this high-priority item into a floor fight, for whatever reasons. To ensure that the eventual bill enjoys a smooth ride to the governor's desk, Republicans have solicited help from Austin Democratic Rep. Elliott Naishtat, the Dems' go-to Member on social services and health care issues. It's true that HB 6 would likely pass out of the House with or without Naishtat's support, but Perry needs bipartisan support on this one – and potential political cover for any unintended consequences – in order to chalk up a victory on CPS "reform."

Early this week, Hupp's office was considering a proposed amendment offered by Naishtat and Rep. Vilma Luna, D-Corpus Christi, which could make privatization more palatable to children's advocates. Drawing on the suggestions of McCown and others, the Naishtat/Luna alternative would immediately shift Hupp's plan into low gear, initially privatizing case management functions in one geographic region of the state, with the experiment to be followed by a thorough, third-party evaluation. The Legislature would then review the findings in its next regular session and make any necessary tweaks before proceeding with a rollout of the overall plan, Naishtat said.

In truth, Naishtat, McCown, and other social service advocates are trying to make the best of the GOP majority's inexorable determination to privatize this aspect of CPS. "Privatization is in essence on the drawing board, and serious questions remain as to whether or not privatizing case management in CPS will better serve the people of Texas than the current system," Naishtat said. "What we're trying to do is make sure it doesn't happen all at once." A second element of Naishtat's proposal would require either a court order or written consent from a parent, foster parent, or caseworker for medical care and medications prescribed to children who are in state custody.

Even with Naishtat's proposed amendment – assuming it passes muster with Hupp and the rest of the Legislature – McCown, like dozens of other advocates following the legislation, is wary of the state's ability to pull off a successful privatization effort, given the number of formidable constraints. For one thing, the state Health and Human Services Commission is still reeling from the Legislature's massive consolidation directive from 2003. The department, says McCown, "is really gasping and is under pretty severe managerial stress in terms of what they can realistically do. And the Department of Family and Protective Services has a brand new director, with no experience in privatization. And now [the Legislature] is going to give the department another huge task – we don't have the managerial capacity to do it."

All the more reason to tread lightly on this edict-weary agency. The states that have shown the most success with privatizing case management functions have all shared certain features, McCown said. Those include plenty of public awareness and acceptance, a clear plan of action, and a slow-moving implementation process. By contrast, McCown said, Texas has little public awareness, a lot of resistance, and no business model for taking case management private. "The longest document that explains how we're going to do this is three pages long," he said. "And we're going to do this by 2009?"