Scrap It or Cap It? What to Do With Texas' Top Ten Percent Law.

Some want to do away with the post-'Hopwood' admissions law, but UT officials and others say it works Some want to mend it. Some want to end it. But everyone who testified at last Wednesday's Senate Subcommittee on Higher Education hearing regarding the Top Ten Percent law governing Texas university admissions agreed that the law – which guarantees that any Texas high school student who graduates in the top 10% of his or her class will be admitted to the state university of that student's choice – needs, at the very least, a tune-up.

"The perspectives are mend it, don't end it; end it, don't mend it; or make things a little tougher … so instead of the top 10 percent, make it the top seven or eight percent," said Sen. Royce West, D-Dallas, who chairs the committee.

The "mend it" crowd heard what they wanted to hear from Raymond Paredes, the commissioner of the Higher Education Coordinating Board, who testified that the plan is succeeding in increasing diversity and bringing successful students to Texas' two flagship universities, UT-Austin and Texas A&M. (The 1997 law was originally passed in response to the 1996 Hopwood v. Texas federal court decision that banned racial considerations in admissions policy; the U.S. Supreme Court has since struck Hopwood down.) Top 10 percenters, he said, have higher average GPAs and greater persistence than other UT students, and they're more diverse, both racially and geographically. (Even with the law, nearly a quarter of UT undergrads still come from only 20 "feeder" high schools in affluent, urban areas.) However, to address concerns that seniors who earn high GPAs by taking study hall and basket-weaving are squeezing out classmates who took advanced courses where A's are harder to earn, West proposed SB 333, which would require all top 10 percenters to take the state's recommended curriculum, and SB 936 which would develop a system to give extra weight to advanced placement and other challenging courses.

Paredes testified that despite its merits, the plan has one big problem: its popularity. Next year's freshman class at UT is expected to be 72% top 10 percenters, a number that is only expected to grow. UT officials have long complained that they need more room for "holistic" consideration of students with less-than-stellar grades but other redeeming qualities, like artistic talent or leadership ability. "An awful lot of educational experts agree that [class rank] is not the best way to enroll a freshman class of students," Paredes said.

To fix the problem, UT-Austin President Larry Faulkner called for a cap on the number of students UT can admit under the plan. SB 1546 by Sen. Gonzalo Barrientos would do just that by capping top 10% admissions at 65%, essentially turning the "top 10" into the "top 6."

Others want to scrap the plan altogether. Senator Jeff Wentworth, R-San Antonio, put forth SB 320 to repeal the law. Since the Supreme Court overturned Hopwood, and UT is once again considering applicants' race for the 2005 freshman class, Wentworth says, "there is no longer a need for the Top Ten Percent law, and in fact it is fundamentally and basically unfair."

San Antonio parent John Oberman agreed that students from his children's highly competitive high school shouldn't be kept from Texas flagships when top 10 percenters with worse test scores breeze on in. He testified that the real problem is disparity in high school educational opportunities. "I'm sorry for that, too, but it needs to be fixed at the high school level and not put [students] into a flagship university if they have not stacked up well against all the other students who have applied there."

Beyond questions of fairness and diversity, the debate over the bills pointed to deeper challenges regarding the state of higher education in Texas. Sen. Kyle Janek, R-Houston, argued that the Top Ten Percent law drives away the best undergrads, whose presence could propel UT to a national standing on par with UC-Berkeley or Harvard. (According to U.S. News & World Report, UT ranked 46th overall and 12th among public universities last year; A&M is number 62.)

But the "brain drain" argument – that the top 11-20% at the most competitive high schools are being squeezed out – has not been supported by data. In fact, a 2003 study found that 92% of second-decile students from feeder schools for whom UT was their first choice attended the school. And in student surveys, the top 10% at feeder schools were just as likely as the top 11-20% to prefer another institution to a Texas flagship. UT student Dominique Cambou, a top 10 percenter from Westlake High who decided not to apply to other colleges because of her class rank, testified that the real problem is that Texas doesn't have enough prestigious universities to go around. "We need to improve the other schools in the UT system to spread out our top 10% students, because right now we only have one nationally competitive school, and that's the real problem," said Cambou, a member of the activist group UT Watch. (By way of comparison, the University of California system accounts for six of the 10 top public universities.)

According to UT spokesman Don Hale, the pursuit of excellence doesn't begin with ditching the Top Ten Percent law (in fact, he said the current freshman class is already the best-qualified, in terms of test scores, in UT history). Instead, it's a matter of targeting areas of excellence at different campuses and working to attract high-caliber faculty to those areas; those faculty, in turn, attract grant dollars, grad students, attention, and more good faculty.

"Universities are institutions," he said. "It takes years and years to move them along. What you see in the University of California system is that they're reap-ing the benefits of an investment they made 35 to 40 years ago."

But while progress may be slow, given demographic trends in Texas, where the fastest-growing groups are those without a strong college-going tradition, many believe an additional investment in higher education is worth making. "Unless Texas is dramatically more successful in closing the gaps in higher ed participation and success among minority groups, particularly Hispanics, and begins to do so immediately, the state won't have the educated workforce it needs for sustained economic development," Paredes said.

In short, the Top Ten Percent law plays a role in achieving that goal. But other, even more difficult challenges remain if Texas is to both prepare all high schoolers for college, and make sure there's a good college waiting for them when they graduate. 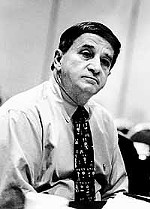