Quality of Life for Blacks in Austin: Going Beyond Midtown

The city's treatment of blacks – both governmentally and culturally – is questioned 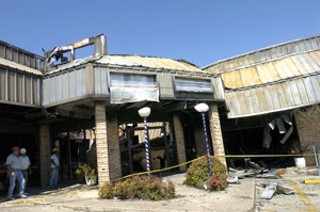 Fallout from the controversy surrounding the February fire that destroyed the Midtown Live nightclub continued last week when Austin Police Chief Stan Knee and City Manager Toby Futrell penned a request to Western District of Texas U.S. Attorney Johnny Sutton, asking the feds to review the APD's "policies, procedures and practices." Citing the Statesman's much (self-)touted series on police use of force and the "Burn Baby, Burn"/Midtown Live incident, Knee and Futrell told Sutton that there has been an erosion of trust "within the community." "While we believe that the police department has worked diligently to improve training and policies, an independent review of the [APD] could help the department continue to improve while rebuilding community trust," they wrote.

According to Assistant City Manager Rudy Garza, the idea to ask for the review was sparked by discussions across the city in the wake of the Midtown fire, to try to "address the real issue concerning the community, the perception that there are racial issues within the [police] department. … It's in everybody's best interest to have an independent, credible party do the review." As the fire that destroyed the iconic Midtown Live blazed, 10 Austin Police and dispatch personnel exchanged nasty messages applauding the club's demise via the department's computers. All 10 were disciplined for their actions, but the department's olive branch was not enough to extinguish the racially charged feelings that the employees' actions provoked. While requesting a DOJ review won't provide the mostly timely resolution to the matter, Garza said he hopes it will provide a definitive resolution to the ongoing tensions between police and Austin's minority communities. "We owe the community full disclosure," he said. "Why not get it over with and we'll deal with any of the issues that come up."

The Knee/Futrell request isn't the first of its kind – in fact, it's actually the fourth in as many years. The Austin chapter of the NAACP filed a similar request in 2002, after the shooting death of Sophia King, another in 2003, following the shooting death of Jessie Lee Owens, and then, last summer the NAACP and the Texas Civil Rights Project filed a third request, consolidating their complaints into one. In the June 19 complaint, groups argued that federal funding should be withheld from APD until the department agrees to implement a series of "remedial measures" to correct its "systematic practice of racial discrimination and police misconduct" – as evidenced by the Owens and King shootings, and last year's SXSW Ozomatli arrest, among other examples. That request – along with, ostensibly, the two precursor requests – is still pending with the DOJ, and TCRP Director Jim Harrington said they recently supplemented last year's request with information on the Midtown fire incident, "as proof of the continuing and pervasive racism" within APD.

But the Midtown debacle should remind us not only of complaints of racial bias at APD, but also of the fact that Austin's African-American community doesn't enjoy the same quality of life as do the city's white residents. Indeed, in another matter-of-timing moment, on March 24, city demographer Ryan Robinson presented the council and mayor with the results of the "African-American Scorecard," a demographic and social assessment of black community life in Austin as compared to the city as a whole, and also to a group of similarly sized cities across the country. Robinson began working on the scorecard last year, Futrell noted in her introduction to the council last week, in response to the "contradictory picture of Austin" that was coming from the black community. As Austin was winning national honors – as the best place for Hispanics to live, among other accolades – Futrell said it "was clear that African-Americans were describing a different quality-of-life experience in our city." And in the wake of the Midtown incident – including some of the vitriolic responses to the city's proposal to extend a $750,000 forgivable loan to Midtown's owners to help them rebuild – Futrell hastened Robinson's report on the scorecard, originally scheduled for an April council presentation.

Significantly, the city's black population continues to stagnate – dropping from 12.8% of the city total, according to 1990 census data, to 9.8% in 2000. By contrast, Austin's Hispanic and Asian populations boomed during the same time period. Hispanics went from 23% of the population in 1990 to just over 30% in 2000, and the Asian population grew from 2.9% to 4.7%. Robinson notes that black families have moved out of the urban core and, notably, away from the traditionally black neighborhoods of East Austin, migrating to suburbs like Pflugerville and Cedar Park. (He also notes, however, that the urban population in general is decidedly less segregated than it once was; urban minority families are more dispersed throughout the city's neighborhoods.) Austin NAACP President Nelson Linder notes that migration from East Austin means that families are leaving their "properties and previous generations behind," which could also have a negative impact on years of defined social and political "clout."

Indeed, Robinson concluded that while Southern cities – notably Atlanta and Dallas – hold a strong lead in attracting black families that have "out-migrated" from the largest Northern and Western cities, Austin has not been able to attract those young black professionals. In that respect, he said, Austin simply isn't "on the map." The problem, he concludes, is that Austin does not have (nor, apparently, has it nurtured) the "critical mass of cultural infrastructure" necessary to attract the migrating black population. Robinson told the council that in conducting a small, informal survey of black Austinites, 65% said young black professionals bypassed Austin because it has "no social scene." Additionally, 27% said Austin lacked a "critical mass" of blacks, while 8% said the city's reputation kept young professionals away from the city. In short, Robinson said, Austin lacks a "vibrant, sort of happening, scene."

Notably, Robinson reported, blacks own just 2.5% of the area's nearly 100,000 businesses, quite low compared to rates in similar cities. Memphis tops the list with 15.6% black-owned businesses, followed by Washington, D.C., at just over 12%. And while the city used to boast nearly 20 prominent black-targeted music venues and clubs – centered primarily along the 11th Street corridor – today that number has dwindled to just two – the Victory Grill and Sahara – since Midtown Live burned. That must change if the city wants to attract young, black professionals.

Now, of course, the question before the city is how to go about re-invigorating the black social scene. Futrell proposed – and the council passed – a resolution calling for an as-yet-unspecified number of "facilitated community discussions," designed to generate specific recommendations the council can act upon. Still, some are wary of the notion that more discussion is the solution – unless, of course, the tone of the discussion changes. "We shouldn't stop talking, but we need to change what we're talking about – how to build our city so that all parties play a role and enjoy what we've built," said the Rev. Sterling Lands of the Greater Calvary Baptist Church. "How we talk should be engaged in less political bull." Linder agrees that the current situation poses an "enormous opportunity" for the future, but only if the city is willing to listen to a wider variety of voices and bring new faces into the fold. To start, he said, the city needs to ensure that blacks are afforded the same economic incentives that the city offers large corporations and small white-owned businesses. Further, the city should market itself to the nation as a hot spot for young blacks – similar to the marketing of East Sixth Street as a thriving entertainment district. "There are tough decisions to make," he said, "but I think we can make them."