Point Austin: The Fire This Time

In their rush to reach out to the Eastside, city officials get burned 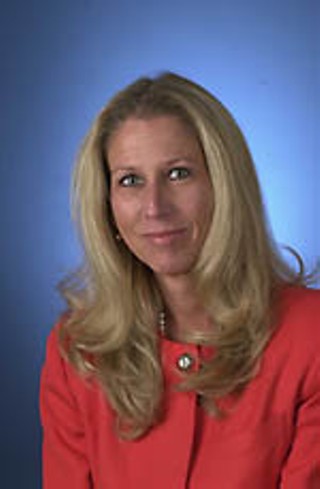 As the comedians like to say, timing is everything.

City Manager Toby Futrell was belatedly chewing that lesson this week as she postponed her proposal, announced last week, that the city provide a forgivable, 20-year loan of $750,000 to the owners of Midtown Live, the Cameron Road night club that burned down in February. Instead, the city's demographer will simply brief City Council today (Thursday) on a "scorecard" for Austin's African-American community, and over the next 60 to 90 days, the city will host public discussions on how best to address lingering tensions between Eastside citizens and city institutions, especially the Austin Police Department. Although Futrell insists there is no direct connection, public reaction to the loan proposal has focused on the political controversy surrounding the fire, when several officers and dispatchers were disciplined for a series of recorded remarks that were flippant, boneheaded, or worse – "Burn baby, burn" being only the headliner.

Explaining her decision to delay the loan proposal, Futrell told me that she'd been surprised by the size and vehemence of the public reaction, and that she wants to avoid polarizing the community over an economic and community development program that is at bottom unrelated to the Midtown fire – except, she insists, as an accident of timing. "It had become very clear to me," she said, "that we've lost the context of what we've been trying to do." The demographic study – itself one of a series of responses to racially charged police incidents over the past two years – had been planned for release in April. Among the issues that had repeatedly come up in discussions with young, black Austinites was the lack of "cultural and social" entertainment venues specifically aimed at African-Americans – with the singular exceptions of the Victory Grill and Midtown Live.

When the club burned, city officials decided to adapt an existing "pilot" program – previously used in an ultimately unsuccessful 1999 attempt to save Downtown landmark Liberty Lunch – to provide funds to Midtown, under the hastily renamed "Legendary Music Venue Relocation and Redevelopment Program."

Calling in the Feds

All that will have to wait, pending further discussion.

Simultaneously, Futrell and Chief Stan Knee have written U.S. Attorney Johnny Sutton to request that the Department of Justice consider a formal, independent review of APD policies and procedures. In their letter to Sutton, Futrell and Knee cited the police behavior during the Midtown fire as well as "the four-day story in the local newspaper on the statistical analysis of use of force" – a fairly dry summation of the Statesman's tendentious and sensationalized study of a year ago that purported to document large discrepancies in the use of force by police against minority citizens as opposed to whites. Futrell says it's a coincidence that the Statesman editorially called for a DOJ review on Sunday – one day before her letter to Sutton. Whatever – in citing the Statesman articles and the Midtown episode, Futrell and Knee say that public trust in the police force, especially in the black community, has eroded, and that a DOJ review will help the city rebuild that trust.

Maybe so, but at best it's an even bet. DOJ reviews are notoriously slow, and judging from recent practice, there's little obvious reason to put much faith in the Bush administration's DOJ as an arbiter of fair dealing. But Futrell believes the DOJ is the "one outside group" that citizens will consider an objective judge of the local situation. Pointing to recent officer-involved shooting deaths as well as other incidents besides Midtown, Futrell said that while she would be proud to match the APD "with any department in the country," it is undeniable "we have had a hard couple of years." "We are in a quagmire of incident after incident," she said, "and I don't know another way to clear the air."

In the meantime, we can spend the next couple of months arguing on the council campaign trail and local talk radio over "giving away taxpayers' money to private businesses, especially bars" – as the Midtown proposal has been immediately framed. Unhappily, city officials report that at least some of the negative reaction has itself been racist in nature, although Futrell notes that plenty of people simply object to the notion of giving public money to a private business. But that's a path that every city inevitably walks, in one form or another, every single day.

Futrell emphasizes that the loan program is only one of many economic development and assistance programs that the city employs to help small businesses, and she says the outreach the city has done to the black community over the past year confirms her sense that more must be done. According to the city's study, while both the local Hispanic and Asian-American communities are growing and thriving, Austin's African-American population is declining, in part because young black professionals are leaving town; and "while African-Americans make up 10% of our population, they represent only about 2% of the business ownership."

In that distressing context, it's understandable why city leaders might want to do something to shore up a high-profile black-owned business that's in trouble, although the way it's been handled thus far has been a public-relations disaster. Futrell expected some opposition, but says, "I didn't expect this level of a firestorm." She hopes the coming public discussion will address the question, "If there's a portion of your community that's not having a quality of life experience, should the city intervene to do something" to remedy that situation?

Although Brewster McCracken has expressed initial objections to the proposal, and a couple of other council members are skeptical, there is probably sufficient support to eventually pass some form of aid for Midtown Live. But it would be a damn shame if a legitimate effort to simultaneously help a local business, promote "live music," and reach out to the black community, were undermined by the abundantly ham-handed and bass-ackwards way the city has gone about doing it.

It would appear that in their haste to erase the local and national embarrassment over the police incident at the Midtown Live fire, city officials forgot the immortal words of Howlin' Wolf: "I ask for water, and she brings me gasoline."