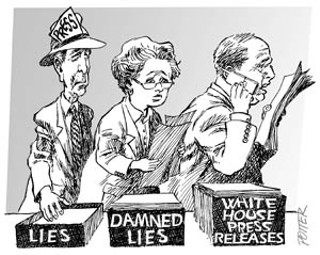 • On Monday, City Manager Toby Futrell postponed for 60 days a proposal for the city to provide a $750,000 forgivable loan to the owners of the Eastside night club Midtown Live, and will instead propose several weeks of public discussion before returning to City Council. See "Point Austin."

• South by Southwest came and went. Many films were seen, bands heard, drinks and food consumed, and taxis taken. Get over your hangovers and get back to work.

• Local basketball buffs still smarting from UT's first-round exit in this year's men's tourney have some exciting news to cushion the blow: The National Basketball Development League has announced that Austin will get one of four new franchises to start play in the 2005-06 season. They will play a 48-game season, including 23 games at their home venue, the Austin Convention Center. Most tickets will be $9 or less. Keep on the lookout for a naming contest later this year. – Mark Fagan

• The Friends of the Austin Public Library are encouraging online shoppers to register at www.shopforthelibrary.net as a way to support the Austin Public Library while making purchases via the Internet. ShopForTheLibrary.net will contribute a percentage of each purchase to APL. Participating companies include Eddie Bauer, Home Depot, Travelocity, PetCo, PetSmart, OfficeMax, Blockbuster, and Dell. – L.N.

• Last year, 1,338 homeowners reduced their energy bills thanks to the nice folks at Austin Energy, whose Home Performance With Energy Star program offers rebates and loans for energy-efficient home upgrades. The homeowners thought that was pretty swell, and so did the U.S. Environmental Protection Agency, which this week awarded Austin Energy one of 50 Energy Star awards nationwide. The award recognizes the program for helping homeowners fund improvements that saved 3.5 million kilowatt hours of electricity, or enough to power more than 300 homes. "We think it's a real honor. It's a validation that our programs work and that they benefit the customers," said AE's Carlos Cordova. "People who have gotten these rebates and loans have seen their energy bills reduced by up to 40%." The program also benefits anyone in Austin who breathes, as reducing electricity consumption keeps tons of carbon dioxide, nitrogen oxide, and sulfur dioxide out of the air. – Rachel Proctor May

• The Austin Community College board of trustees voted Monday to approve up to $500,000 to give the designs for the new South Austin campus a face lift. Trustees shuddered in horror last month when the architects unveiled their plans for the $14.4 million building. With its plain, square facade and slits for windows, it looked "like a prison," as one trustee put it. With the new funds, the architects were able to pretty up the exterior with nifty features like canopies, roof overhangs, and more elaborate windows. "But the main thing is the campus is going to fulfill the needs of the community," said ACC spokeswoman Veronica Obregon. "We're very pleased we can get going on the project." ACC plans to break ground in April. – R.P.M.

• The city Planning Commission favored a strong Central Business District zoning recommendation for Rainey Street this week, voting to support a streamlined zoning proposal by Brewster McCracken with few zoning restrictions. Recommendations on Rainey Street return to City Council for second reading on April 7. Council Member Raul Alvarez, who has been brokering with the community, made a pitch to the Planning Commission for a milder CBD version that would set requirements and then rewards for following design guidelines, with the "carrot" being higher density. But developers criticized that as "too many hoops to jump" in order to develop in an area where property will likely cost $100 per square foot. A PC subcommittee already had agreed to conditions set out by McCracken that would require a minimum height of 50 feet and flexible first-floor space to encourage pedestrian use. The full commission did add additional sidewalk requirements proposed by Alvarez and, after some debate, agreed to a straight 10% affordable housing component on any multifamily project. – Kimberly Reeves

• A full-scale regional water quality plan for Southwest Travis and Northern Hays counties, two years in the making, will get its first full public vetting at a workshop Friday morning at the Lady Bird Johnson Wildflower Center. The project, initiated by Hays Co. Judge Jim Powers and Austin Council Member Daryl Slusher at a regional water summit in 2002, is intended to protect water quality on the Barton Springs segment of the Edwards Aquifer and its contributing zone – a swath of land that includes Bee Cave, Kyle, Buda, and everywhere in between, some of the highest-growth areas in the Central Texas region. The draft regional plan was unveiled in Dripping Springs this week with broad support from the stakeholders who contributed to the process. It's an ambitious, science-driven plan, massive in scale and broad in scope, that could impact development across the region. What remains to be seen is who will foot the bill and how many of the smaller municipalities will be able to implement such broad measures. For more info on Friday's meeting, call 512/858-2148. – K.R.

• Although President George W. Bush opined stridently that "it is wisest to always err on the side of life" in his comments on the case of Terri Schiavo, his record in Texas suggests that Bush's defense of life depends on whose life is at stake. While governor, Bush presided over 152 executions and erred on the side of life only one time, in June 1998, when he commuted the death sentence of confessed serial killer Henry Lee Lucas. (Lucas died of natural causes in 2001.) More egregiously, in a 1999 interview with the now-defunct Talk magazine, Bush mocked executed killer Karla Faye Tucker, who he claimed pleaded for his mercy during a television interview with Larry King. "Please, don't kill me," Bush said she'd begged, although Tucker never made that plea. Notably, Bush also turned a merciless and blind eye to serious questions of actual innocence raised by defenders of convicted killer Gary Graham, who was executed in 2000 – that year, Bush presided over a single-year record of 40 executions. – Jordan Smith

• More Texan idiocy in the Schiavo case: As reported in The New York Times, House Majority Leader Tom DeLay, R-Sugar Land, compared his current ethical problems to Schiavo's predicament, telling a conservative Christian group, "One thing that God has brought to us is Terri Schiavo, to help elevate the visibility of what is going on in America. This is exactly the issue that is going on in America, of attacks against the conservative movement, against me and against many others." OK, if DeLay wants to compare himself to someone who is brain-dead, no argument here. – L.N.

• Last week, Williamson Co. District Judge Burt Carnes sentenced 29-year-old Roy Lee Jackson to 180 days of monitored house arrest and 10 years of probation for selling a 21-gram cookie of crack cocaine to an undercover officer during a 2003 sting in Taylor. Carnes is also requiring that Jackson move away from Taylor and write a letter of apology to local residents for publication in the Taylor Daily Press. (He must also attend drug abuse treatment and Alcoholics Anonymous classes and complete 500 hours of community service.) Jackson was busted in connection with a sting operation that netted police a dozen crack dealers, including his uncle, Floyce Lee Jackson, who was sentenced to life in prison last summer by a Williamson Co. jury for his role in the same drug deal. According to Williamson Co. District Attorney John Bradley, Roy Jackson told the court he was lured into the drug trade partly by his uncle. "This is why drug dealing continue[s] in Taylor," Bradley opined in a press release. "We have to break this cycle by removing the negative influences that continue to encourage drug dealing." – J.S.

• The Travis Co. Commissioners Court voted Tuesday to enact a leash law for dogs in unincorporated parts of the county. County dog owners are now responsible for keeping their dogs on their own property and on a leash when they're off the property; dogs the county deems "dangerous" because of proven aggressive behavior toward humans or other pets must be registered and insured. While commissioners had debated requiring all pet owners to register their pets, as the city does, they decided in the end to leave the question of registration for later, in part because few city residents comply with Austin's registration requirement anyway. Lest the notion of a leash law set some county residents a-growlin', commissioners said the point is not to have dog catchers roaming the streets, indiscriminately rounding up everything that slobbers. "We don't have those resources. We will never have those resources," said Dorinda Pulliam of the city of Austin's Town Lake Animal Center. Instead, animal control will only swing into action if residents complain of a dangerous dog. Such animals may be dealt with by dialing 311. – R.P.M.

• Honor the memory of labor leader Cesar Chavez and recognize the hard work that still needs to be done by marching for workers' rights on Saturday, March 26. Meet at 3pm at Roy Velasquez Park, Riverview & Robert Martinez Jr. Boulevard. The annual march ends with a 6pm-midnight block party with food, music, dancing, and the unveiling of a mural put together by Texas United Latino Artists. Party headquarters is Cafe Mundi, 1704 E. Fifth. For more info on the party, call 482-0206 or go to www.cafemundi.com.

• Through May 31, the Austin Public Library will host a series of free films and discussions as a part of the Human Rights Video Project. The next screening will be at 7pm Wednesday, March 30, at the Howson Branch, 2500 Exposition, and will feature Books Not Bars, dealing with youth and the prison industrial complex. For the complete schedule, go to www.austinlibrary.org.

• On Thursday, March 31, the Baptist General Convention of Texas host the Common Cents! No Slots Rally to oppose the 13 gambling bills filed this session. If interested but not familiar with the cause, attend the orientation at 9:30am at the First Baptist Church, Ninth & Trinity. Rally: 11am, south steps of the Capitol, Congress & 11th. For more info, e-mail clc_austinoffice@bgct.org.