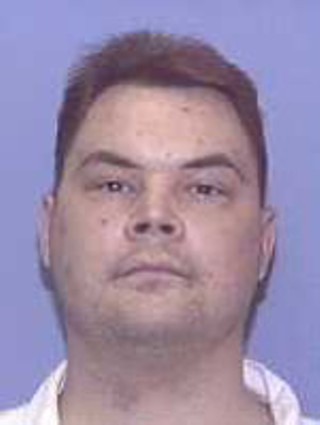 Robert Springsteen IV, convicted for the infamous yogurt shop murders, could be affected by the Supreme Court ruling.

On March 1, the U.S. Supreme Court handed down a 5-4 ruling outlawing the execution of juvenile offenders, opining that the practice violates the Constitution's Eighth Amendment ban against cruel and unusual punishment. "The differences between juvenile and adult offenders are too marked and well understood to risk allowing a youthful person to receive the death penalty despite insufficient culpability," Justice Anthony Kennedy wrote for the majority, reversing the court's 1989 opinion (in Stanford v. Kentucky) – authored by Justice Antonin Scalia, which Kennedy joined – affirming the constitutionality of executing 16- and 17-year-olds. "An unacceptable likelihood exists that the brutality or cold-blooded nature of any particular crime would overpower mitigating arguments based on youth as a matter of course, even where the juvenile offender's objective immaturity, vulnerability and lack of true depravity should require a sentence less severe than death."

Nationwide, there are 70 so-called youthful offenders who will be affected by the ruling – 28 of them on Texas' death row. Gov. Rick Perry has asked the Board of Pardons and Paroles to review the cases of the Texas 28 and to "recommend appropriate action." In practical terms, that means commuting their sentences to life in prison – the only other sentencing option in capital cases. Under current law – since Texas has no real life-without-parole sentencing option – a commutation means, theoretically, that the inmates could be paroled after serving 35 years. But the Supremes' ruling – coupled with its 2002 ban on executing the mentally retarded – may provide a final push for lawmakers to pass a third, life-without-parole sentencing option in capital cases. (That option is a perennial favorite at the Capitol that consistently earns the ire of prosecutors who argue that having three sentencing options in capital cases would be too confusing for jurors who are, apparently, too addled to be trusted with three possible outcomes.)

Indeed, on Friday, state Sens. Rodney Ellis, D-Houston, and Eddie Lucio, D-Brownsville – two lawmakers who, despite prosecutorial protestations, insist on pushing for a life-without-parole option – asked Perry to grant "emergency status" to two pending bills – Lucio's SB 60, this year's life-without legislation, and SB 226, Ellis' (also perennial) bid to ban execution of juvie offenders, which would put them on the fast-track for legislative consideration. "Until this week, America stood alone in executing juveniles, and Texas was at the front of the line," Ellis said. (Actually, before the Supremes banned the practice, the U.S. was one of a small minority of nations – including the ever-progressive governments of Somalia and Pakistan – that give the practice of executing children a thumbs-up.) "As the state most affected by the … ruling, I believe Texas cannot be passive in its reaction. We should take a positive, proactive step and pass legislation codifying the ruling into Texas law." Whether that plea will work remains to be seen – the state has yet to pass a law codifying the Supremes' nearly three-year-old ban on executing the mentally retarded, primarily because lawmakers disagree on what procedure the courts will use to determine whether a defendant is legally retarded.

The Supremes' ruling earned approval of the many groups that have been publicly supportive of a ban – including 16 Nobel Laureates, the American Medical Association, and the American Bar Association. "This is truly a landmark decision," said ABA President Robert J. Grey Jr. "Scientific research shows that juveniles, like the mentally retarded, are less morally culpable than adults due to their reduced capacity for moral judgment, self-restraint, and ability to resist the influence of others." Indeed, the court's decision to ban the practice turned on several factors, including the question of moral culpability, a weighing of international standards, and an evaluation of the practice within the context of "evolving standards of decency," Kennedy explained in an opinion joined by Justices John Paul Stevens, David Souter, Ruth Bader Ginsburg, and Stephen Breyer.

The decision drew a scathing dissent from Scalia – joined by Clarence Thomas and Chief Justice William Rehnquist – who wrote that the decision makes a "mockery" of the founding fathers' constitutional intentions. (Justice Sandra Day O'Connor authored her own, less strident, dissent.)

Only one of the juvenile offenders on Texas' death row, Robert Springsteen IV, is from Travis Co. Springsteen was convicted and sentenced to die for his role in Austin's infamous 1991 yogurt shop murders, committed when he was 17. Springsteen's case is also the only one in Texas that is currently on direct appeal before Texas' Court of Criminal Appeals – where it has been pending since October 2002. Interestingly, although Springsteen's sentence is covered by the high court's ruling, the CCA has yet to affirm Springsteen's conviction. The central issue is whether the court erred in allowing the state to present redacted portions of co-defendant Michael Scott's "confession" into evidence at Springsteen's trial – which Springsteen's appellate attorney, Mary Kay Sicola, argues is a violation of Springsteen's Sixth Amendment right to confront witnesses against him. Last year, the Supremes ruled that the Sixth Amendment's protection is absolute – a ruling that Sicola said should form the basis for overturning Springsteen's conviction. "There are now two Supreme Court decisions that address the issues in the Springsteen case," Sicola said. "And I have no more excuses to make for [the CCA's] failing to render a decision."