False testimony taints sentence for mom who killed her kids 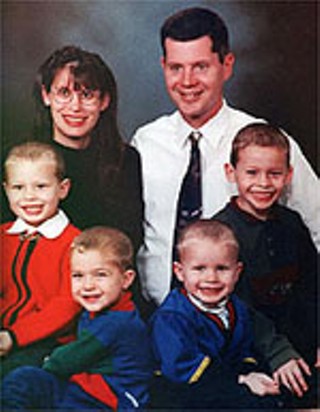 On Jan. 6, a three-judge panel of Texas' 1st Court of Appeals in Houston overturned the conviction of Andrea Yates after finding that false testimony by a prosecution witness violated Yates' rights, a ruling that once again raises questions about Texas' insanity defense. Yates was convicted and sentenced to life in prison for killing her five children in 2001 by drowning them in a bathtub. Yates claimed that killing her children was the only way to ensure they would be accepted in heaven; she called police after drowning the children one by one.

Yates pled insanity and at her trial five different mental health experts testified that she did not know right from wrong, or that she believed drowning her children was the right thing to do. Only one expert, forensic psychiatrist Park Dietz, who testified for the prosecution, opined that Yates was legally sane at the time of the killings. Indeed, Dietz testified that one episode of the television program Law & Order, for which he was a consultant, aired a show about a woman found innocent by reason of insanity in the drowning deaths of her children. Unfortunately for Dietz, no such episode had ever aired. Yates' attorneys asked for a mistrial after the program's producers called to alert them to Dietz's incorrect testimony, but that motion was denied. On Thursday, the 1st Court ruled that prosecutors used Dietz's false testimony and "connected the dots" to convince jurors that Yates had mimicked the behavior of the fictional mom when she killed her children.

While the appellate court tossed Yates' case back to district court – which could result in a new trial – based solely on Dietz's testimony, the reversal highlights old questions about the fairness of Texas' insanity defense. Indeed, Dietz's determination that Yates was sane when she killed her children exposes the insufficiency of the current law, Yates' attorney George Parnham said at a press conference. Texas law asks jurors to determine a defendant's state of mind, specifically whether the defendant knew right from wrong at the time of the crime – a determination that critics of the law say imposes rationality on the irrational – but does not provide jurors with a definition of "know" or "wrong." Without that guidance, Parnham told reporters, experts "opine" those definitions from the witness stand. Compounding the situation, the law also defines loosely the qualifications needed by so-called experts asked to determine whether a defendant is sane – far less stringent requirements than are outlined for experts testifying regarding a defendant's competency to stand trial. Indeed, in May, legislators on the state Senate Jurisprudence Committee heard testimony related to Texas' "not guilty by reason of insanity" statute – an interim charge to consider whether the NGRI law should be changed to "guilty but insane." In their interim report, the committee concluded that the NGRI standard should not be changed, but noted that the law regarding the qualifications of experts testifying in insanity cases is "confusing and difficult to understand," and recommends that the state tighten the qualifications. That should "result in fewer disputes regarding the testimony of experts at trial," reads the report. Still, at press time, no corresponding legislation has been filed.