Many Unanswered Questions in Officers' Deaths 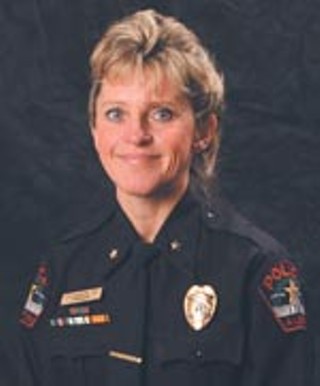 This week the Austin Police Department is mourning the loss of two officers killed in a motorcycle wreck last weekend on Highway 71 in Spicewood. Next week, APD Internal Affairs detectives will begin an inquiry into the fatal accident in an attempt to determine exactly what happened in the hours leading up to the wreck. Late Wednesday, Travis Co. medical examiner Roberto Bayardo reported that the two victims each had high blood alcohol levels.

On Saturday, Dec. 11, at about 7pm, APD Cmdr. Shauna Jacobson, 46, and her husband, retired APD Detective Malcolm "Kurt" Jacobson, 42, were killed when the motorcycle they were riding struck a guardrail on Highway 71 near Bee Creek. The Texas Department of Public Safety is investigating the accident; DPS spokeswoman Tela Mange said it may be another three weeks before the department issues an official word on the cause. Meanwhile, the tragedy has raised numerous questions about responsibility – the responsibility of both the drivers and of onlookers, many of whom were apparently Austin police officers.

On Saturday afternoon, Bobby Joe Bailey was working at his restaurant, Cedars Bar and Grill on Highway 71. Bailey's establishment was scheduled to be the last stop on a "poker run," a popular charity event during which motorcyclists make five sequential stops – typically at bars and/or restaurants – retrieving a playing card at each stop, in an attempt to build the best five-card poker hand. APD officers organized the Dec. 11 run through western Travis Co. as a fundraiser for a colleague suffering from multiple sclerosis. According to APD sources, Kurt Jacobson was happy to take part in the run – at least in part, they say, because 12 years ago he too had been diagnosed with MS, a degenerative disease that affects the central nervous system. By midafternoon, Bailey said, the bar and grill he opened nearly five years ago was filled with poker-run participants.

Bailey's restaurant had been a stop in previous runs, and on Saturday he'd agreed to be the run's food stop, donating a barbecue dinner and hiring a band to entertain the more than 100 riders that passed through Cedars' doors that day – most of them off-duty police officers.

Some time around 5pm, the festivities took a wrong turn. According to Bailey, he was preparing to leave the restaurant when one of the poker riders, Kurt Jacobson, rode his motorcycle into the restaurant and did an extended burnout – engaging the bike's front brakes, popping the clutch and revving the engine in order to race the rear wheel – right in the middle of the dining room. "It was bad with the burning rubber," Bailey recalled Tuesday, so bad that many patrons fled for fresh air and the band "quit playing and wouldn't come back." Indeed, the rear-wheel burnout ate through the restaurant's floor, down to the concrete, and left a black slick of burnt rubber.

Bailey asked Kurt to "take it outside." Kurt took the bike back out to the parking lot, Bailey said, and that's the last he saw of him. He doesn't know whether Kurt returned to the restaurant; he says he didn't follow him outside and couldn't keep tabs on the 100-plus similarly dressed riders. Shortly thereafter, just after 5pm, Bailey left the restaurant, and the dining room of poker riders, in the hands of his employees – among them bartender Candi Summers. Two hours later, the Jacobsons died after Kurt's motorcycle slammed into a highway guardrail less than two miles from Bailey's restaurant. When police arrived at the scene, sources say, the motorcycle's smashed speedometer read 90 mph. Neither the driver, Kurt Jacobson, nor his passenger and wife, Shauna, had been wearing a helmet.

What remains unknown – at least publicly – is what happened before the couple arrived at Bailey's restaurant, what happened after Bailey told Kurt to take the bike back to the parking lot, or what actually caused the fatal crash. For now, no one is saying much in response to several open questions. Had Kurt had an MS-related episode while driving? Did his impromptu burnout degrade the bike's rear tire to the point that he lost traction and, ultimately, control of the bike? Was Kurt drunk? Had he been drinking at the four poker stops before arriving at Bailey's? Did he drink at Cedars? And if he had been drinking, or was drunk, did any of his fellow riders, his brothers in blue, try to stop him from driving?

Some of these questions are beginning to be answered, including confirmation that the Jacobsons were indeed legally intoxicated at the time of the accident. According to medical examiner Bayardo, Kurt's blood alcohol level was .24 (three times the legal limit of .08), and Shauna's was .33 (more than four times the limit). Bayardo added that he found no evidence of drugs, including no evidence in Kurt of medicines that might be prescribed for multiple sclerosis.

According to Mange, DPS investigators are still in the process of reconstructing the accident, completing mathematical computations and assessing any possible "contributing factors" – everything from how fast the couple were traveling, what kind of tires the bike had and whether the burnout caused loss of traction, to whether the couple had been drinking. Toxicology results are pending, she said, and the investigators' accident reconstruction will likely take several weeks. In addition to the DPS inquiry, Texas Alcoholic Beverage Commission officers are conducting their own investigation, "incorporating everything," said Capt. David Ferrero of the TABC law enforcement division. "Not only the folks involved in the accident," and whether they were intoxicated, he said, "but also back to the [alcoholic beverage] license holder" – that is, Bobby Joe Bailey.

In fact, just over five hours after the accident, TABC officers arrested bartender Summers and charged her with on-the-job intoxication, Bailey said. Bailey bailed her out the next day. "TABC says she was drunk, but I don't believe them," he said. "She'll have a beer, but she's not a sit-and-suck." (In fact, he said, several witnesses, including members of the band that were playing at Cedars' that afternoon, have agreed to testify on Summers' behalf.) Ferrero would not comment on the details of the agency's investigation nor on Summers' arrest, but said that information will be released to the public some time after the Jacobsons' funeral, which takes place today (Thursday).

Meanwhile, APD has its own investigating to do – and, in the end, the department will have to answer the investigation's most troubling questions. That is, if any APD officers were drinking and driving while participating in Saturday's poker run, and if alcohol consumption played any role in the Jacobsons' accident, the department will have to account for the action – or inaction – of any officers who participated in Saturday's fatal run. On Monday, detectives from APD's Internal Affairs will begin an "administrative inquiry" into the matter, said APD spokesman Kevin Buchman. However, he said, the inquiry is neither an IA case, which investigates alleged policy violations, nor a case for the Officer Involved Unit, whose officers investigate alleged criminal conduct of fellow officers, because there are no "criminal or policy violations" involved in the Jacobsons' death. Instead, he said, the department is undertaking an inquiry "simply so that [the department] can put to rest the rumors circulating about what happened with these officers or at this event."