Fighting for the Right to Clean Energy 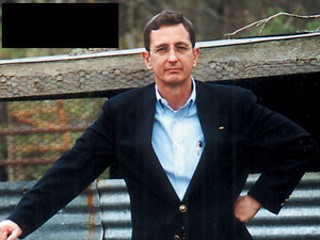 Texas Land Commissioner Jerry Patterson is an unexpected ally in the clean-energy effort.

The first Texas Clean Energy Congress, with more than 150 attendees from more than 50 organizations, convened in Austin this week and ratified on Monday a Declaration of Sustainability and a Clean Energy Bill of Rights – calling for Texas to create the appropriate policies, programs, and business climate to meet the majority of its total energy needs with sustainable energy by the year 2020. Attendees at the conference included environmental and consumer activists, members of religious communities, government officials, and representatives of both the renewable and traditional energy industries.

Sustainability – meeting the needs of today without compromising future generations' abilities to meet their needs – was a central concept for the Clean Energy Congress' framing of its documents (available at www.renewabletexas.org). The congress calls for making information about environmental sustainability and access to renewable resources available to all Texans, while addressing the urgent health, national security, and economic implications of our current pattern of energy consumption and affirming principles of social justice and equality.

The three-day Congress was held in conjunction with the 20th annual meeting of the Texas Renewable Energy Industries Association. Russel Smith, TREIA executive director, said, "Based on the enthusiasm I saw at this meeting, I believe the organizations here today will bring this Declaration of Sustainability to their members and hopefully to all Texans. We expect that over the next several months many additional local and statewide groups will be adding their voices of support to this forward-thinking declaration and its message of hope for Texas."

Said event organizer Michael Osborne, "I think the outcome of this congress will be most useful to the community organizations and canvassers taking this information door to door, to churches and to neighborhood groups." Osborne, a founding member of TREIA and former chair of the city Resource Management Commission, is the author of Silver in the Mine, the city of Austin's long-term comprehensive energy plan. He also noted that clean energy development serves to break the cycle of acquiring much-needed economic development at the price of environmental degradation.

Tom "Smitty" Smith, Public Citizen's Texas director, outlined goals for an increased share for renewables in the state's overall energy portfolio, and increased state funding of renewable development, in a talk he conducted on working with the Legislature. Smith specifically mentioned the urgent need to build electric transmission lines to facilitate Texas' nation-leading but still underutilized wind power capabilities, comparing the societal need for the transmission lines to Texas' need years ago to build farm-to-market roads. Also on the horizon for development, according to Smith, are Texas' substantial biomass resources, which include technologies to generate energy from crop and animal waste and landfill gas.

Stepping up as an unexpected ally in the drive for more renewables, Texas Land Commissioner Jerry Patterson said his office would respond to public demand for more clean energy and increased renewable energy portfolio standards, primarily by using the 500,000 acres of submerged Gulf Coast tidelands his office controls for offshore wind farms. Not only would this put energy sources closer to major cities than are the West Texas wind farms, easing transmission problems, but the gulf breezes would spin turbines during hot midday peak-usage times, unlike the West Texas winds that prevail on cold nights.

Karl Rabago, former state Public Utility Commissioner and U.S. Department of Energy official under Clinton, is a veteran of several environmental advocacy and renewable energy consulting groups. In his view, "Carefully articulated sustainability is a nonpartisan issue" and intrinsically a core American value. Recharacterizing the debate for renewables, Rabago ascribed a moral value to our energy consumption and its effect on foreign policy. "The unintended irony of a yellow 'bring them home soon' ribbon sticker on a 6-mpg Hummer is a convenient way to initiate conversation on the subject," he said.

With so-called "moral values" issues polarizing the nation, the time may be right to spread this message. "The most orthodox and evangelical point of view, the Pope's doctrine, and every mainstream religious tradition understands the natural world to be made by God, and no one would argue that God intends for the world to be good and to be cared for," said Bee Moorhead of Texas IMPACT, a statewide religious grassroots network. She added that within the religious community, environmental issues simply aren't presented to the more conservative citizens as being deeply Bible-based. "Even far-right conservative Biblical literalists may well be the deepest environmentalists, reading 'God made a special creation and we should protect it.'"

At the end of the proceedings, participants agreed to continue to build a broad coalition of support for the Declaration and Bill of Rights, and to educate the public about the potential for a sustainable energy future for Texas.