Better Training: An RX for APD

Police think-tank offers advice on use of force, community outreach 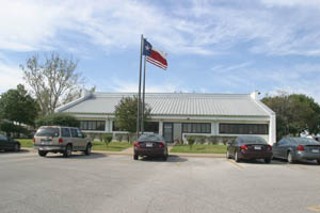 After six months of study, researchers with the Police Executive Research Forum earlier this month presented city leaders with 59 recommendations for improving the Austin Police Department's recruiting, training, and community relations. In its 132-page report, PERF recommends that the department:

• coordinate recruiting and training functions to reduce attrition at the police academy;

• expand community outreach and its relationship with the Office of the Police Monitor; and

Earlier this year, APD Chief Stan Knee asked PERF researchers to conduct a study of his department in response to community concerns about police use of force. The group is made up of police chiefs and policy wonks who aim to improve policing practices through research, training, public policy debate, and management consulting. The PERF report concludes that APD "competently addresses the issue of 'force'" during cadet training at the academy – including when, how, and under what circumstances force can be applied as well as moral and ethical issues surrounding the use of force. But PERF notes that the "key focus" for the department is to ensure that the "high standards taught in the academy remain in practice" throughout an officer's career. To that end, PERF researchers recommend that the department take advantage of all opportunities to reinforce verbal and de-escalation skills through "scenario-based" training.

"Where possible, the department should try to integrate use of force, communication skills, and valuing diversity into training courses that can be delivered through electronic media or on-site lectures," the researchers wrote. And the department "should consider" creating a "modified" force-training curriculum that can be taught in "mini-blocks" of instruction to be taught intermittently during the year at shift-change roll calls. "A [24-hour] curriculum can potentially be apportioned into 10-minute ... blocks, allowing a continual stream of reinforced principles on use of force."

Practically, the report also recommends that the department tweak its use-of-force report form and reporting guidelines – the vagaries of APD's current system have led to questions about the data used, most sensationally, by the Austin American-Statesman in its analysis of "excessive force" at APD. (The daily is reportedly working on a second round of use-of-force coverage.) "Most police department[s] require a report form for all use of force deployments," except "mere compliant handcuffing," the researchers wrote. "This more stringent requirement will provide the department with a more complete picture of how often force is used and especially will highlight how often incidents are resolved without any injuries." The report also recommends that APD set a clear deadline for filing reports after incidents, and craft clear criteria for supervisors to use when reviewing the reports.

In another area of focus, the PERF researchers noted that APD's cadet attrition rate – from recruiting through the academy and through the rookie field-training program – is above the national average of 8-10%. Since 2001, APD's rate has fluctuated between 5% and 32% during academy training, with an additional loss of 4% to 20% during field training. This has happened even as the amount of money spent to train each cadet has increased (from $12,525 in 2001 to $15,883 in 2004). While the researchers note that "there are too many variables ... to make definitive judgements" about the reasons for the high attrition rates, "the current ... rate should be an area of concern for the supervisors in the APD who manage each of the ... entry-process components."

The report recommends that the department's recruiting team and academy staff coordinate efforts so that "attributes of successful candidates are identified and factored into the recruiting process." Additionally, the report recommends that the department consider reducing cadet class size in order to create a lower teacher-to-student ratio (currently at 1-to-6) and allow for more time dedicated to scenario-related training – such as use of force, pursuit driving, and firearms training. Further, the researchers suggest that the current academy site (on Shaw Lane in Southeast Austin) is "dysfunctional" and does not provide either an optimal learning environment for cadets or an ideal working environment for the academy-assigned officers.

The researchers also recommend that APD strengthen its relationship with the OPM as well as its communication with citizens. One strategy for the latter goal would be to expand APD's commanders' forums – meetings with neighbors held within each police sector – which are a way to "gauge the pulse of community opinion," the report reads. "Unfortunately, the ... forums are infrequent, [and] do not follow a regular schedule." Community members told researchers that, when the forums are held, "department supervisors will tell them what the department wants them to know about, but are not necessarily collaborating on solutions with the community." To improve the forums, researchers recommend expanding the forum agenda to allow the public to air concerns, and including other police and city government representatives at meetings. "Most importantly, the meetings must also allow the public to ask pointed questions to which they should get answers," the researchers wrote. "This establishes dialogue and a greater ongoing interest in future attendance."

According to the researchers, both officers and community members who were interviewed as part of the PERF study reported that "there is a disconnect between some officers and members of the minority communities, largely in the Central East area." This "is thought to have resulted in a long-standing bunker-mentality on the behalf of many officers – supported through a level of tolerance by a few supervisors." The researchers report that the OPM staff expressed a "desire to improve their relationships with officers," but that they are concerned that some officers believe the police monitor's office "goes out of its way to solicit complaints against officers."

The researchers recommend that officers get better information about the workings of the OPM. If that relationship is strengthened, the researchers argue, it "can actually allay many of the suspicions that some citizens harbor about the police." Further, the researchers suggest that the department should make use of information gathered from complaints to the OPM. "Information that emanates from complaints against officers can be an excellent compilation of training shortfalls," the report reads. "This data offers insight relative to mistakes officers make," and "where the public thinks the department or officers fall short of meeting their expectations."

Assistant City Manager Rudy Garza, who oversees the city's public-safety departments, said he was "pleased" with the report. "I am really pleased that someone from the outside said that we're doing good, but here's how we can do better," he said. Garza said that the department is working on implementing many of the recommendations, and hopes to have many of them in place by December, when the next APD cadet class begins its academy training. "It confirms that we're doing a good job and that we're on the right track."

Nelson Linder, president of the Austin chapter of the NAACP, wasn't as thrilled. He said that he told PERF researchers that police accountability, not police training, is the primary concern of the NAACP and many others in the African-American community. "I don't think that this is a poorly trained department," he said. "It's not about training, it's about discipline and accountability." Linder said that he doesn't see that the department takes complaints of police brutality seriously, and thus fails to adequately discipline offending officers in an effort to reduce repeat problems. "I told them what we were concerned about," he said. "They shook their heads in agreement, but clearly they didn't take it to heart." (At press time, PERF researcher Terry Chowanec could not be reached for comment.) "Police brutality: That's where the real divide is," he said.