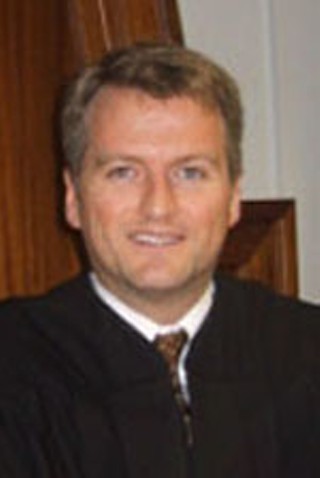 Local Democrats are hoping to see the same fate for Judge Patrick Keel in the 345th District Court race as has befallen previous Republicans appointed by Govs. George W. Bush and Rick Perry to fill vacancies on the Travis Co. bench – that is, defeat at the ballot box. Keel hopes to buck the trend set in 2002 by Frank Bryan (defeated soundly by Brenda Kennedy) and in 2000 by Ernest Garcia (who lost to Darlene Byrne by only 809 votes), and to join Julie Kocurek as an actual elected Travis Co. GOP judge.

Challenging Keel's bid to retain the post is Democrat Stephen Yelenosky, and the two candidates could not be more different. Yelenosky is what you'd call a people's attorney, having worked with Legal Aid of Central Texas and now as legal director of Advocacy Inc., a nonprofit organization dedicated to the rights of the disabled. Keel is by comparison one of Austin's political elite – one of three Keel brothers on the November ballot (joining Terry, running unopposed for re-election to the Texas House, and Thornton, the GOP candidate for Precinct 3 constable). Before his appointment to the bench, Keel was a corporate attorney at the Austin office of Baker Botts, a legal powerhouse with ties to the Bush family. Both he and Yelenosky hold law degrees, but that's about where the similarities end.

In the 345th, the presiding judge hears civil cases of every type, from family law to matters of broad public policy, including state government cases such as school finance. "My experience has been in representing real people ... who don't really understand the judicial system or have access to it, and [Keel's] experience has been in representing corporations and insurance companies," Yelenosky said. (Keel's predecessor in the court, Scott McCown, was much more of the Yelenosky school of law and policy; he stepped down to become director of the Center for Public Policy Priorities.) As of press time, Keel had not responded to Chronicle requests for an interview.

Like most incumbent judges in contested races, Keel has had no trouble lining up bipartisan support from lawyers, including a modest sprinkling of plaintiffs' attorneys. He's been endorsed by the Austin Police Association PAC and both Travis Co. sheriff's officers associations. He also won 67% of the Austin Bar poll taken before the March primaries. Yelenosky acknowledges that he's not as well-known in courthouse circles because his job doesn't require frequent court appearances. His supporters – who include lawyers, community activists, and business owners – view him in a more populist light. Yelenosky swept the endorsements from local Democratic clubs in the primary, and has support from groups such as the AFL-CIO Central Labor Council, the Hispanic Bar Association, and the Austin Lesbian/Gay Political Caucus, although Keel did not seek the latter endorsement.

Interestingly enough, the Florida 2000 election brouhaha has also managed to spill into this race. Keel was on hand in two Florida counties to monitor the recount as a volunteer for the Bush/Cheney campaign. He included that nugget on his application to the governor's office when he sought his judicial appointment, as Yelenosky's supporters learned during their routine opposition research. Yelenosky wonders if Keel would have as many Democrats on his steering committee had they known this fun fact. "Patrick is trying to portray himself as a Republican in name only," he said. "And what concerns me is that what went on in Florida was not fair."