Activist groups beg to differ with the city's big-box report 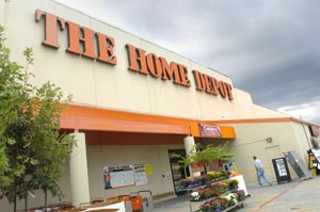 Almost a year ago, when activists convinced a City Council buffeted by Lowe's and Wal-Mart to ask for a study of the impact of big-box retail, it seemed clear what such a study would conclude: that big boxes harm local independent business – a species whose health and welfare is a prime focus of City Hall policy – and cost their host communities more than they return in tax revenue. It took until June for the study, commissioned from Jon Hockenyos of Texas Perspectives and Scott Polikov of Gateway Planning Group, to appear at City Hall, by which time the groups who'd sought it – including Liveable City, Austin Full Circle, and the Austin Independent Business Alliance – were no longer surprised that it came to quite different conclusions.

So they, along with the American Federation of State, County, and Municipal Employees Local 1624, commissioned an "independent review" of the study by Civic Economics' Dan Houston, UT planning professor Michael Oden, and LBJ School professor and former Council Member Bill Spelman (one of the founding board members of Liveable City). That review, released last week, challenges Hockenyos' report, which argued that "there appears to be relatively little direct competition between big boxes and local retailers"; said little about the public costs of big-box development; claimed (mistakenly) that Austin was rapidly losing sales tax to the suburbs; and recommended (in the current review's words) that "the city's principal concern should be establishing design standards for a subset of big box retailers."

To the contrary, the authors claim, the city – by requiring big boxes to get a conditional use permit – should analyze the projects' impact "to demonstrate net benefits and costs to the community," and seek compensation from retailers when the latter exceed the former. Such impact studies are now required in Los Angeles – whose heated big-box battles drew international attention but went unaddressed in the Hockenyos report. "It is important for city leaders to be aware that communities across the U.S. have taken action to manage the development of big box retail," the report states. The authors also "strongly recommend" that Austin "develop long-term strategies to strengthen and enhance our local retail market," including using incentives only to benefit employers that pay a living wage and exploring a "regional compact" to tamp down competition between city and suburbs for the sales-tax dollar.

The big-box review is "not, however, entirely critical." It does acknowledge that Hockenyos was presented with a challenging task, that much of his work was needed and useful, and that many of the original study's findings are sound. But its flaws were, unfortunately, substantial ones. For example, Hockenyos' study supported City Hall fears – and reluctance to mess with big-box projects – by claiming that Austin's share of the regional retail market had declined from 83.4% to 53.9% just since 1990. But this finding was based on sales tax collections, not adjusted for many suburbs' higher 2003 tax rates; an actual comparison of retail sales themselves puts Austin's share closer to 70%, much higher than its percentage of the total metro population.

Likewise, the review pokes big holes in the study's finding that big boxes don't compete with local retailers. "The first problem with this bold claim is that it fails a basic reality test," the authors note. "A ten-minute discussion with a local merchant ... would likely reveal that they are under intense competitive pressure from national big box retailers." They go on to say that Hockenyos misunderstood the prior studies he cited, used a needlessly narrow definition of big boxes, and underplayed big boxes' real Austin market share (which the study pegged at 21.2%) by only looking at six national chains (Wal-Mart, Lowe's, Home Depot, Target, Costco, and Sam's Club) – leading to "confusion not just in the press but in Council chambers as well."

But the biggest flaw in the original study, the review suggests, may be what it does not contain – an honest look at the true costs of big-box development, including increased city spending on public safety, stress on roads and other infrastructure, and depressed property values (particularly in and near "churned" parcels abandoned by roving big-box retailers). On top of those are the costs sloughed off upon the populace by "low-road" big-boxers like Wal-Mart who fail to pay their employees living wages or offer benefits, a problem the original study acknowledges but defers to state and federal government to solve. "It is important for local governments and citizens to recognize, and perhaps give different treatment to, big-box retailers who do provide family-supporting wages and benefits," the review notes.

The study's sponsors noted last week that their polling finds 59% of Austinites concerned about big-box development, and 71% supporting concerted action by City Hall to protect local business. "We're not suggesting a ban on big boxes, and we are not saying don't shop at big boxes," says Liveable City board Chair Robin Rather. "We are simply asking these national big-box employers to carry their own weight and to stop passing their costs on to local taxpayers."