Will Alcoa Clear the Air? 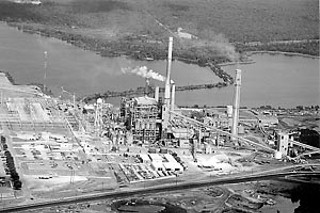 To hear the Alcoa Corporation tell it, air quality in Central Texas is heading for a win-win situation. Environmentalists aren't so sure.

Alcoa announced last week that it was shutting down three of the four coal-burning power plants it uses to fuel its enormous aluminum smelter in Rockdale (about 60 miles northeast of Austin), with hopes of leasing the plant sites to other companies that would then replace them with much cleaner facilities. Alcoa's Rockdale facility is the heaviest air polluter in the state, pumping out some 100,000 tons of toxic particulate matter annually. If the proposed new plants materialize, they would use new technology to reduce sulfur dioxide emissions by 95% and nitrogen oxide by 90%. They could also save some of the 110 jobs that will be lost when the old plants close, employment that is vital in the town of 5,600 people.

Environmental leaders aren't exactly jumping for joy, however. "The history of Alcoa here in Central Texas is they've gotten loophole after loophole after loophole to keep polluting from those old power units," said Travis Brown, spokesman for Neighbors for Neighbors, a Lee County group that unsuccessfully fought Alcoa's plans to strip-mine lignite coal there for the plants, which are in neighboring Milam County. "Because of that, we're skeptical that they might find some way to finagle another year or two to keep those plants open."

A lawsuit by Neighbors for Neighbors was the catalyst for last week's announcement – in January 2003, U.S. District Judge Sam Sparks found the Alcoa facility to be violating federal law, and told the company it could either retrofit the half-century-old plants with new pollution controls, replace the old plants, or shut them down entirely. Alcoa chose the second option, making its decision on the day of Sparks' imposed deadline.

"Everything we've heard is that it's extremely difficult for a power company to get the financing to build a new coal-fired power plant," said Brown, who is also the energy projects director for the Texas branch of Public Citizen, another environmental activist group. "Here's why we're skeptical: If they chose to just shut down those units, they had until the end of 2006 to do that. By deciding to pursue getting new units, their deadline for shutting those old units down is the end of August 2007. So we're skeptical that they're just trying to buy a little more time. And one reason is because Alcoa has steadily been moving its manufacturing operations out of the U.S., just like all industries." Brown noted that Alcoa is building new smelters in Iceland and Trinidad.

"We believe that we can complete this the way that we've chosen," replied Alcoa spokesman Jim Hodson. "We would not have chosen that option if we didn't think we could do it."

Hodson said that Alcoa is in negotiations with other companies to go in on the venture, but declined to specify which ones. Brown said that he'd heard discussions had been held with Dallas-based Genova Power.

Hodson said the proposed new plants would use Circulating Fluidized Bed technology, which he said is not easy to explain in layman's terms, but basically it recirculates ash back into the boiler, burning coal more efficiently. This is especially important at the Rockdale facility, which relies on the soft lignite coal strip-mined from the surrounding area, which produces even more air pollutants than other forms of coal.

Once in operation, the lessee of the new plants would presumably sell power to other customers, either privately or on the open market; the aluminum smelter would continue to operate mainly on power supplied by the remaining fourth plant, a newer, TXU-operated facility capable of supplying 80% of its power needs.

If the scheme works, it will please not only worried Rockdale residents but Austinites, as well – the Alcoa facility contributes to our air-quality problem as we border on nonattainment of federal ozone standards, though more of the region's problems are caused by automobile emissions. But, Brown says, seeing will be believing: "We have some sources telling us that [Genova] is having trouble getting backing. ... We don't think they'll get a deal." 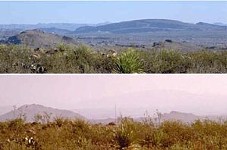