Save the Fetus - From Mom? 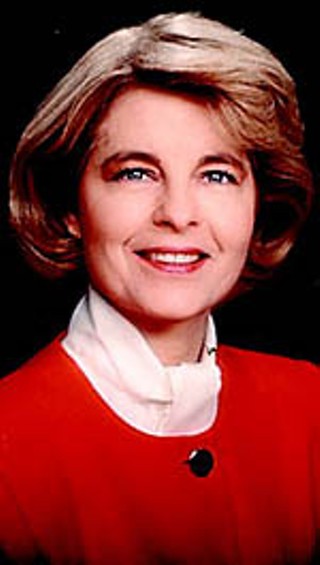 State Rep. Ray Allen, R-Grand Prairie, is asking Attorney General Greg Abbott to render an opinion on whether doctors must report pregnant women who they know take illegal drugs to law enforcement authorities for possible prosecution. At issue is the language of a bill (SB 319) sponsored by Allen, chair of the House Corrections Committee, and passed by the Legislature last year that redefined "individual" to include "an unborn child at every stage of gestation from fertilization to birth."

The bill, dubbed the "Unborn Victims of Violence Act," was ostensibly written to ensure criminal liability in the event of a crime against a pregnant woman that harmed or killed her fetus – for example, a drunk-driving accident or an incident of domestic violence. (The first indictment brought under this interpretation of the law was against a Lufkin teenager accused of beating his pregnant girlfriend severely enough to induce a miscarriage.) But the measure attracted the ire of many pro-choicers and like-minded legislators, notably Rep. Jessica Farrar, D-Houston, who argued that it was merely a backdoor attempt to squash reproductive rights by legislatively defining when life begins. "There are ways to address the concerns about injuries to pregnant women that would not jeopardize reproductive freedom for women," she told her colleagues in a speech on the House floor in 2003. To assuage these concerns, SB 319 as passed specifically exempts actions taken by the mother herself or by a health care provider, intended by Allen and other backers to ensure the law was not interpreted as an abortion ban.

The bill passed, was signed into law by Gov. Rick Perry, and took effect on Sept. 1, 2003. Three weeks later, 47th District Attorney Rebecca King (prosecuting in Potter and Armstrong counties) penned a letter to "All Physicians Practicing in Potter County" – Amarillo – informing them that under SB 319 "it is now a legal requirement for anyone to report a pregnant woman who is using or has used illegal narcotics during her pregnancy." Under King's reasoning, penned on Sept. 22, the new definition of "individual" – which was added to the Penal Code, among other statutes – directly affected the Controlled Substances Act, since the Penal Code provides punishment for "delivery" of narcotics, including marijuana, to children, and thus now to fetuses. While SB 319 supposedly protects mothers from any heightened civil or criminal liability, King says her reasoning is based on a "clear reading" of the statutes.

Further, she wrote, physicians have a legal requirement to report known drug use to authorities under the state's Family Code, which says that providers must report behavior that they believe could adversely affect a "child's physical or mental health or welfare." While SB 319 does specifically exempt doctors from liability for their own acts that may harm a fetus, it does not address their Family Code obligations. King apparently attempted to assuage the doctors – who fear that mandatory reporting will simply discourage mothers from getting prenatal care – by explaining that most of the mothers "will qualify for probation, which will allow us to legally mandate medical services." In closing, she wrote in all capital letters, "Please report any abuse of children by voluntary injection of harmful narcotics by expectant mothers. Together, we will try to help both generations and ... it is the law."

Earlier this year, a Panhandle woman became the first person tried under the new interpretation of the law and pled guilty to a second-degree felony charge of delivery of marijuana to a minor, reported the Amarillo Globe-News. Since last fall, the paper reports, King's expansion of the law has led to her office filing 18 cases against women for "delivering" drugs to their babies via the womb. Another woman, Tracy Ward, pled guilty to a similar cocaine-related charge Tuesday – but plans to appeal on constitutional grounds.

Allen is also challenging King's interpretation of the law, which is simply "not legitimate," he wrote in a July letter to Abbott. "This conclusion does not withstand scrutiny." The law was only meant to amend the definition of the word "individual" "with respect to its use in the Penal Code and in the Civil Practice and Remedies Code," and does not expressly amend or amend by implication any other state statute – "[t]he type of amendment by implication that would be required to reach [King's] suggested result would be particularly egregious," he wrote. The application of SB 319 to a host of other statutes would not only be a "surprise" to lawmakers, but also to average citizens. "A criminal law is unconstitutionally vague if the ordinary law-abiding citizen would not have received sufficient information that his conduct risked violating a criminal law," Allen wrote. "The average law-abiding citizen would not go through the mental gymnastics required to determine SB 319 changed definitions in codes that it does not reference."

Regardless of Allen's legislative intent, King is sticking to her interpretation. "It is difficult to understand any position that would advocate that the Legislature intended to preserve the right of women to abuse their unborn children through illegal use of controlled substances," Assistant DA Richard Martindale wrote in response to Allen's letter, "and we do not believe it was the Legislature's intent to do so."