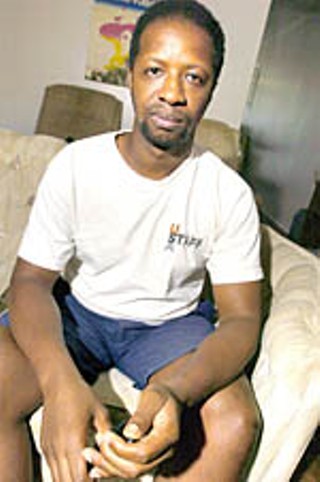 Austin anti-war activist Carl Webb, who was due to report with the rest of his Texas Army National Guard unit to Fort Hood on Aug. 15 (see "Naked City: Jail, Exile, or Iraq," Aug. 6) has gone AWOL. Webb's lawyer, D'Ann Johnson, says Webb intends to turn himself in to authorities, but an e-mail received by this paper from Webb himself on Tuesday simply reads, "I went AWOL," with no further elaboration.

Webb was a victim of the Pentagon's stop-loss program, which forces National Guardsmen to extend their enlistment in times when the regular armed forces are stretched thin. Webb's enlistment was due to expire Aug. 22, until he was ordered to report to Fort Hood to prepare for a November mobilization to Iraq. Webb went missing for a while to mull his options, says Johnson. "He did not report to Fort Hood, and he does not want to go to Iraq," she says, "whatever the consequences that are imposed.

"I think he's in the United States. I don't know the exact location," Johnson says. "I do understand that some soldiers came looking for him at his apartment, accompanied by a couple of Austin police [officers]." Johnson says she doesn't know when Webb will surrender.

The Chronicle also tried to get information on Webb from a military source familiar with the case, but Texas Army National Guard Maj. William D. Weaver replied via e-mail, "I am not at liberty to discuss [Specialist] Webb's case with members of the media. Nor, would I be so inclined to discuss the issue with such a leftist newspaper as The Austin Chronicle even if I felt I had such liberty."

Webb told us in an early August interview that he joined the Guard in the summer of 2001 due to financial hardship, despite his involvement in the peace movement. Prior to joining the guard, he had been "in and out" of the Army for several years in the Eighties and Nineties.