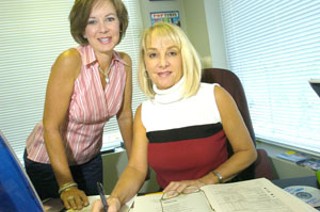 It may not be the stuff of gladiators, but there's a showdown brewing in the often-overwrought world of local college journalism.

On Sept. 2, the ex-advertising director of The Daily Texan will launch a new weekly broadsheet newspaper called The Austin Student, which will go forth to do battle with the Texan and other area student publications. It will be distributed free on the campuses of UT, Austin Community College, Concordia University, St. Edward's University, and Huston-Tillotson College, according to publisher Evelyn Gardner, who spent 16 years pitching ads for the Texan. (Though the Texan editorial staff is made up of students, its business side is not.)

Gardner resigned from the Texan in May after butting heads with Texas Student Publications director Kathy Lawrence (who declined to comment on Gardner's departure). She was soon joined by Texan account executive Donna Settle, who is the advertising director of the new paper, which hopes to "offer advertisers a one-stop shop to reach the college students of Austin."

While Gardner emphasizes that the Student is not targeting the Texan or any other publication, she also makes it clear it will attempt to set itself apart from the political coverage and opinion, particularly of the left-leaning variety, that has long been a hallmark of student papers. "We're going to cover issues that relate more to students on a personal level," Gardner said.

That would include everything from first-person stories from students to a religion page, spotlighting features and columns by local religious leaders. Students are "begging" for a more conservative voice on campus, Gardner says. "UT has a reputation for being a liberal school, and I think that is unfounded."

To help emphasize the new choice for this underserved legion of Bush-loving free thinkers, the Student's red, white, and blue boxes with the Texas star will soon appear next to every one of the Texan's campus news racks. "We will cover every site the Texan has, all 70 locations," Settle said. By the end of September, Gardner says, the Student, between all its distribution points across Austin, will reach 35,000 in free circulation – which would, perhaps not coincidentally, push it past the circulation of the Texan, renowned as the most widely read college newspaper in the country.

At the very least, Gardner vows the Student will do a better job of covering student government, the Greek scene, and on-campus issues than does the Texan. The Student also won't rely on news wire services, an oft-touted criticism of the Texan, she says.

Working out of an office on Nueces that is, according to local lore, one of Janis Joplin's old crash pads, the editorial staff at this point consists of one full-time editor, Jeremy Wells, and a part-time student editor. The bulk of the editorial will come from student contributions from each campus, Gardner says, although she was a bit vague on what, if anything, reporters would be paid. "Some will be paid, some will be internships," she said, adding, "We have so many articles now, we won't have a problem with that."

Gardner says the Student's editorial department will be run differently than the Texan, where the student editorial staff operates with "complete autonomy." According to Gardner, the students often wrote articles that were "offensive" and used the paper as "an opportunity to voice something based on personal agenda." In addition, the editorial department refused to write for special advertising sections. "They were not supportive of what the advertising staff was doing," Gardner said.

Texan editor Ben Heath noted that it is common policy for papers to prohibit news staffers from working on advertising projects, and denies the oft-repeated charge that the Texan is something of a clique. "The perception of a club atmosphere is partly because a lot of us spend 60 hours a week working together," he said.

Heath, the paper's former news editor, was elected editor in the spring after a rancorous campaign against law student Brian Ferguson, who voiced many of the same criticisms cited by Gardner, prompting hours and hours of furious discourse about vagaries in the paper's student handbook. (In yet another of those lovable quirks that make UT special, by longstanding tradition the Daily Texan editor is elected in a campus-wide vote.)

Gardner says the Student, which will debut at "between 20 and 28 pages," is backed by "a formal investment group," but she declined to offer specifics. If the regional campus concept works in Austin, they hope to take it to other cities, she said.

Beyond the battle for the hearts and minds of UT's student readers, the Student will directly face off with the Texan for advertising dollars. Without naming names, Gardner says several of the Texan's advertisers will appear in the new publication's first issue. While it does receive some subsidy from the school, the majority of the Texan's revenue comes from advertising.

"We're an award-winning newspaper," Heath said. "We're not too worried."