The governor orders another investigation of human-services agency 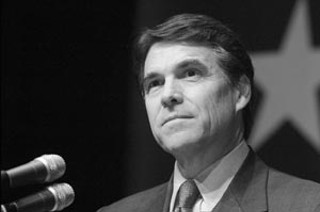 In yet another sign of the continuing deterioration of social services in Texas, last week Gov. Rick Perry ordered an investigation of Child Protective Services by Health and Human Services Commission Executive Commissioner Albert Hawkins. Hawkins in turn asked HHSC inspector general Brian Flood to form a team of investigators to review CPS, and Flood said his group will take about six months to review the system and find ways to improve it.

Perry's charge came in the wake of several highly publicized child abuse cases in South Texas, and a day after a Hidalgo Co. grand jury issued a three-count felony indictment of the Texas Department of Family and Protective Services, which runs CPS and is one of the several agencies overseen by Hawkins and the HHSC. The grand jury faulted the agency for not taking more effective action in the case of three teenage sisters badly abused by their mother and stepfather, who impregnated one of the teens and was indicted for rape. It's rare, though apparently not unprecedented, for an entire agency to be indicted, and Hidalgo Co. District Attorney René Guerra said he doubted he could prosecute such a case. But the investigation follows burgeoning publicity about the failure of state agencies to protect abused children, especially after a series of budget and personnel reductions over several years even while caseloads grow.

Perry's announcement immediately generated another dust-up with Comptroller Carole Keeton Strayhorn, who had issued her own report in April on the parlous state of foster care in Texas, also overseen by CPS. Strayhorn said it is unrealistic to expect the same administrators in charge of poorly performing CPS programs to fix them, or to repair "a system that is broken." "The time for studies has run out," declared Strayhorn in a press conference Friday. "The time for investigations has run out. The time is for action." Strayhorn said the agency had done little to fix problems identified in her report, and said she'll present a comprehensive legislative package to the Lege at the 2005 regular session. Perry spokesman Robert Black said that the comptroller's report addressed only one aspect of CPS, adding, "Gov. Perry believes a more thorough investigation conducted by experts in the fields of child protection is not only appropriate but necessary."

Scott McCown, executive director of the Center for Public Policy Priorities, who as a state district judge had attempted to address the foster care crisis, told The Dallas Morning News that the state now spends 30% less on child protection than it did a decade ago (adjusting for inflation and population growth), and that the CPS has yet to recover from a major personnel cut in the mid-Nineties. The governor's order follows another in April to investigate Adult Protective Services, following the exposure of several cases in El Paso of elderly clients forced to live in squalid and dangerous conditions.