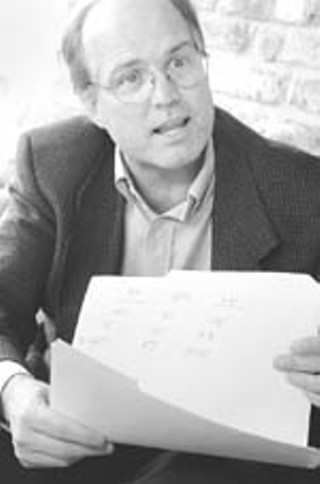 The Green Party decided to step out from beneath Ralph Nader's wing and nominated an actual party member for president at its national convention in Milwaukee last weekend – Texan David Cobb. Although Nader is running as an independent this year, he still sought the Greens' endorsement, but Cobb garnered the support of 408 out of 796 delegates. Cobb, a lawyer and native of San Leon, will have radio personality and former Maine gubernatorial candidate Pat LaMarche as his running mate. (This makes Cobb the third Texan bearing a party's standard in the 2004 race, along with Austinite Michael Badnarik, the Libertarian nominee, and self-described "West Texas girl" George W. Bush.)

A party official summed up the mindset of those voting for Cobb: "The six-month Green primary has produced a truly Green ticket," said Ben Manski, party co-chair. "While a year ago, few predicted that a grassroots Green would emerge from the ranks of the party, David Cobb has proven that the party has developed a high level of political maturity and self-confidence."

A Nader spokesman disagreed, however, and seemed a bit bitter and downright condescending toward the decision: "Often when adolescents rebel against their parents, they make mistakes. But they learn from those mistakes," Kevin Zeese told the Associated Press. "Hopefully, they're not mistakes that kill them." (Now how's that for irony?) For more on Cobb's campaign, go to www.votecobb.org.