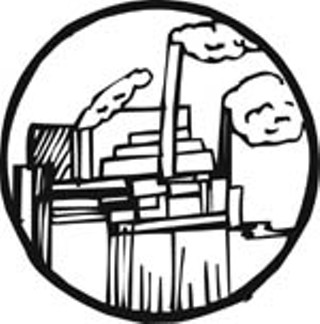 More than 23,000 deaths nationwide, 1,160 in Texas alone. More than 38,000 heart attacks. An average decreased life span of 14 years in those affected. These are among the findings in a new report, Dirty Air, Dirty Power: Mortality and Health Damage Due to Air Pollution From Power Plants. The report, commissioned by pollution watchdogs Clear the Air and available online at www.cleartheair.org/dirtypower, offers yet another scathing indictment of BushCo's hazy environmental policy.

To further illustrate the human cost, Clear the Air's friends in the Texas Public Interest Research Group discussed the results last Thursday at People's Community Clinic. TexPIRG field organizer Hugh Williams; Fayette Co. resident Pat Johnson, whose neighbors include the massive coal-fired Fayette Power Plant co-owned by Austin Energy; and Lisa Doggett and Donald Williams of Physicians for Social Responsibility delineated the physical, personal, and political effects of Texas' notoriously polluting power plants, which have escaped meaningful regulation during both the state and federal Bush administrations. "The connection is clear, and now quantifiable," said Dr. Doggett, a practitioner at PCC (and the daughter of U.S. Rep. Lloyd Doggett), of the relationship between fine particle emissions and decreased public health. Fine particle emissions, typically consisting of sulfur dioxide, carbon dioxide, or nitrogen oxide, are produced in huge quantities by coal-fired power plants; according to the report, these small particles pose the largest threat to health, evading the body's defenses to entrench themselves in our lungs.

Guilty of the less egregious offense of noise pollution is the White House. In 2000, Bush – after helping to neuter what little air-quality regulation existed in Texas – called for tougher national emissions standards, yet wasted no time once in office in ditching his campaign vow to cut carbon dioxide. The administration's current "Clear Skies" strategy, which would allow dirty plants to evade the pollution limits of the 1990 Clean Air Act (signed by the first President Bush), is a public health disaster, Clear the Air says, when compared to bipartisan legislation authored by Sen. James Jeffords (I-Vt., a state hit hard by acid rain caused by power-plant emissions), which the Dirty Air report claims would avert nearly 90% of the pollution-related deaths anticipated by 2020 under Clear Skies – an impact that would be disproportionately felt by the young and elderly and by minority communities. As Johnson said, "Our health isn't a political issue." 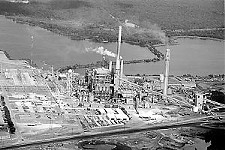