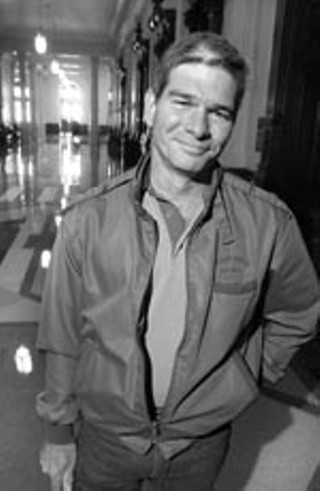 A DNA-testing battle is heating up in the criminal court case of professional basketball player Kobe Bryant, who stands accused of raping a 19-year-old woman at a Colorado resort – a battle that has taken on a Texas twist, according to the Los Angeles Times, since Bryant's attorneys have hired former Harris Co. serologist Elizabeth Johnson as their DNA expert.

In 1998 Johnson won a $315,000 civil whistle-blower lawsuit against Harris Co., claiming she was fired from her Houston job after butting heads with Harris Co. District Attorney Chuck Rosenthal. Johnson claimed she was fired after concluding that DNA taken from a Pasadena murder scene did not match Rosenthal's prime suspect. (Rosenthal contended that Johnson was fired simply because she worked too many hours for which she wanted to be compensated with time off from work.)

Johnson has since set up her DNA shop in Ventura, Calif., and now the prosecutors in the Bryant case are reportedly scrutinizing Johnson's "qualifications" – primarily in connection with Johnson's work for defense attorneys in the Bastrop Co. capital murder case of Rodney Reed. Reed was convicted and sentenced to die for the 1996 murder of Giddings resident Stacey Stites. The LAT reports that citizen-sleuth David Fisher contacted Bryant's prosecutors with information that suggests Johnson did not test several samples crucial to the Reed case – and which could have provided exculpatory evidence to Reed's attorneys.

The Chronicle first reported in 2002 that shipping labels the Texas Department of Public Safety allegedly used to mail blood samples to Johnson did not match shipping records maintained by Airborne Express. (See, "Breaking the Chain," March 1, 2002.) At the time, Johnson told the Chronicle that she couldn't recall whether she'd tested the samples in question, but that the DPS sent for testing everything that the defense had asked for. In short, the question of whether the samples were ever tested – and, if they weren't, whether that was Johnson's fault – has yet to be answered. Still, the LAT reported that investigators working with Eagle Co. District Attorney Mark Hurlbert are looking into the problems with the Reed case, with an eye toward Johnson's involvement. Johnson "is stained by the Bastrop case," Fisher told the Times, and Hurlbert's team is "very disturbed by what they have learned."