Report: Poisons in Your PC 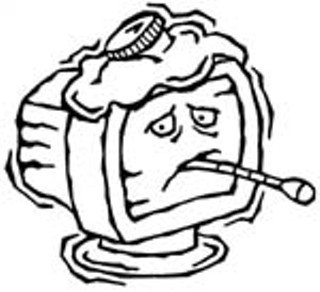 The Computer TakeBack Campaign – and its Austin affiliate, Texas Campaign for the Environment – have released a new report on the alleged dangers of brominated flame retardants in computers. In "Brominated Flame Retardants in Dust on Computers: The Case for Safer Chemicals and Better Computer Design," the group says it wiped dust off of the central processing units and monitors of 16 computers around the nation, and tested the dust samples for deca-, nona-, and octa-brominated diphenyl ethers (BDE) and tetrabromobisphenol A (TBBPA). They found the substances in every sample and are concerned that everyday computer use exposes consumers to them.

"There is no safe dose associated with these chemicals," the report charges. The chemicals are alleged to be bioaccumulative, meaning that once in the food chain, they continue moving from organism to organism up the chain. BDE and TBBPA have caused neurological damage in some tests on lab mice. A previous study by the CTBC last year showed the presence of the chemicals in breast milk, and that levels in North America were higher than in Europe, where legislative action has begun to phase them out in computer products.

The bromine industry, through its publicity arm, the Bromine Science and Environmental Forum (www.bsef.org), contests claims that BFEs are unsafe. According to the BSEF Web site, "It's highly unlikely" that televisions and computers could contaminate consumers. "The plastics used in TV and computer housings are hard and dense so that substances used in their construction have little opportunity to be released." Also, the site says, "It's easy to raise questions in the media and speculate on what might happen. Those raising questions aren't required to have any particular expertise or to have demonstrated knowledge about the existing database. To date, no human health or environmental effects have been associated with the BFRs detected."

The CTBC says this study directly contradicts those claims, and also offers up studies by the U.N. World Health Organization to back its conclusions. The study also suggests alternatives to BFRs, including different fire retardants with low toxicity, and better product design, including metal casings for computer bodies.

Dell Inc. addressed the issue of BFRs in its recent 2004 Sustainability Report, a document released last month outlining Dell's environmental strategies (www.dell.com/environment). "Dell is committed to reducing the use of brominated flame retardants, and other environmentally sensitive materials, in our products," the document reads. Dell says it is replacing BFRs with phosphorus-based flame retardants where possible, although "[s]ome plastic types cannot be flame-rated with anything other than bromine because reliable alternative technology does not currently exist. As such, we try to avoid these types of plastics when we need flame retardancy."

To read the CTBC report, go to www.computertakeback.com. 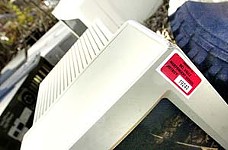