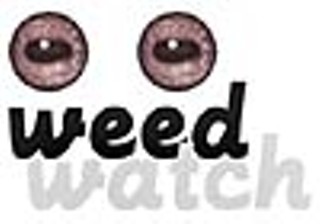 On June 2, U.S. District Judge Paul Friedman struck down the so-called Istook Amendment, which sought to deny federal money to any transit authority that accepted advertising advocating the use of medical marijuana or of marijuana legalization or decriminalization. In a 25-page opinion, Friedman concluded that the Istook Amendment (named after its author, U.S. Rep. Ernest Istook, R-Okla., who attached the stipulation to the annual transportation appropriations bill) is a violation of congressional spending power, and violates the First Amendment by imposing constitutionally impermissible content and viewpoint-based discrimination. "While Congress may be under no obligation to fund mass transit or other entities that rely on advertising revenues for their survival, once it chooses to do so, it must act in a way that does not" violate the First Amendment, he wrote. "Just as Congress could not permit advertisements calling for the recall of a sitting Mayor or Governor while prohibiting advertisements supporting retention, it cannot prohibit advertisements supporting legalization of a controlled substance while permitting those that support tougher drug sentences."

The Istook Amendment was inserted into the transportation bill earlier this year, reportedly after Istook took offense at a series of ads paid for by drug reformer group Change the Climate – including one with the headline, "Enjoy Better Sex! Legalize and Tax Marijuana" – that were posted on Washington Metropolitan Area Transit Authority bus and rail stops. Although the Metro had run earlier ads from Change the Climate, the nexus of drugs and sex was apparently too much for Istook and his legislative buddies, who wrote in a House conference report that they were displeased "that public service advertising space in Washington, D.C.'s rail stations and buses has been used to advocate changing the nation's laws regarding marijuana usage." Of course, anti-drug ads, sponsored by the White House Office of National Drug Control Policy were just fine, as far as the legislation was concerned – a circumstance that in part led to Friedman's declaration that the Istook Amendment is unconstitutional.

The Marijuana Policy Project, Drug Policy Alliance, and the ACLU joined forces to bring suit and ask for a permanent injunction against the government to keep them from enforcing the provision, which Friedman granted last week. "The court ruled that Americans have a right to hear the message that marijuana prohibition has been a cruel and expensive failure," said ACLU Drug Policy Litigation Project Director Graham Boyd. "The constitution protects these messages from the type of viewpoint-based discrimination attempted by the federal government."

In other "Weed Watch" news: According to researchers at the Smell and Taste Center at the University of Pennsylvania School of Medicine, the smell of marijuana is rarely potent enough to create probable cause for a search by police. "Although law enforcement officials routinely rely solely on the sense of smell to justify probable cause when entering vehicles and dwellings to search for illicit drugs," the four researchers wrote in the journal Law and Human Behavior, "[T]he accuracy of their perception in this regard has rarely been questioned and, to our knowledge, never tested." The Penn smell scientists re-created real court cases in which cops said the smell of pot prompted police action. In one case, they wrote, they "simulated" a routine traffic stop in which a cop said he could smell marijuana through a car window – marijuana that was packaged in the car's trunk. In another case, the researchers "investigated" a report that a cop could smell pot coming from the chimney of a house where pot was being grown. "Our findings suggest that the odor of marijuana was not reliably discernible by persons with an excellent sense of smell in either case," they wrote.

And mark your calendar: On Tuesday, June 15, at 2pm, the Drug Policy Alliance will host a live online chat with muckraking journalist Eric Schlosser, author of Fast Food Nation and Reefer Madness, hosted by DPA Executive Director Ethan Nadelmann. Submit a question for Schlosser to questions@drugpolicy.org; listen to the chat at www.drugpolicy.org/news/schlosser_chat.cfm.