A TFSC employee charged that an investigation of the Los Angeles Funeral Home in San Marcos was unfair and violated agency policies. (Photo By John Anderson)

No state agency has had a more troubled history than the Texas Funeral Service Commission, whose mission is to regulate the industry by means of "impartial enforcement, inspection, and education to insure that the final disposition of every citizen is conducted at the highest level of professional standards and ethical conduct." For various reasons, the TFSC has had persistent and ongoing problems pursuing that mission. And the tiny agency is – once again – in the middle of controversy.

Four years ago, the commission was shaken by a major scandal involving allegedly illegal embalmings being performed by the world's biggest funeral company, Houston-based Service Corporation International. After a lengthy investigation, a TFSC committee recommended that SCI be fined $445,000 for the violations. At about the same time that the agency began pushing for payment of the fine, the funeral giant was able to get extraordinary access to, and helpful intervention from, the staff of then Gov. George W. Bush.

Bush staffers, including Joe Allbaugh, held special meetings with SCI's CEO, Robert Waltrip. The executive director of the TFSC during the SCI investigation, Eliza May, was soon alleging that she was pressured by Allbaugh and other Bush staffers to halt the ongoing investigation into the company's misdeeds. She later sued the state for wrongful termination. In 2001, her lawsuit was settled when the state and SCI agreed to pay her an amount in excess of $200,000.

When she was hired, May was supposed to put a new face on the already scandal-plagued agency. Her predecessor, Wayne Butterfield, left the TFSC in 1996, after he was jailed on charges of aggravated perjury and witness tampering. Butterfield's predecessor at the TFSC left the agency after being hit with charges of sexual harassment.

The agency's less-than-stellar history should have convinced the TFSC's current executive director, Orville C. "Chet" Robbins, to keep a low profile and avoid controversy. But Robbins hasn't done either. And under his directorship, the TFSC is now wrestling with a new series of messy disputes.

For instance, two recently fired employees say they are going to sue the TFSC for wrongful termination. One of those employees and several funeral directors allege that the TFSC has been purposely targeting minority-owned funeral homes for enforcement actions. Of the half dozen or so funeral directors interviewed for this story, none wanted to have his or her name used, for fear of retaliation. One said, "I'm scared to go up against them because I know they won't be truthful in dealing with me." One Dallas-area undertaker told me that very few members of the Texas Funeral Directors Association can deal with Robbins and that his bluster and intransigence have completely soured the relationship between the group and the TFSC. (The association refused to comment for this story.) Meanwhile, a member of the Texas House, Rep. Miguel Wise, D-Weslaco, has vowed to make sure that the agency is euthanized and its duties turned over to the Texas Department of Licensing and Regulation.

Wise hasn't stopped there. He has asked both the Travis Co. District Attorney's Office and the Texas Rangers to investigate alleged wrongdoing at the agency. Wise says he is "amazed at all that crap that's going on" at the TFSC and calls it an "agency that is out of control."

Robbins dismisses the complaints against him as the work of the disgruntled former employees. "People are going to complain," he said. As for the complaints coming from the funeral directors, "Nobody likes to be regulated. But when there's money being exchanged, there needs to be regulation."

Furthermore, Robbins contends that Wise is retaliating against his agency because the TFSC did not accommodate a funeral director from Wise's district who was trying to get his license renewed, even though the license had lapsed for more than a year. (State regulations do not allow the agency to issue licenses to individuals if their licenses are not renewed within the one-year period.) 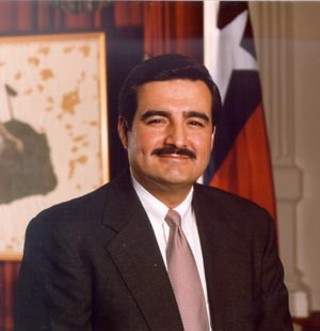 State Rep. Miguel Wise says he is "amazed at all that crap that's going on" at the TFSC and calls it an "agency that is out of control."

On Feb. 26, after Wise submitted a large number of open-records requests to the TFSC, the agency responded, saying that to fulfill his request would cost Wise's office $13,473 – even though state law prohibits agencies from charging legislators for open-records requests. On March 17, Robbins sent a letter to all of the members of the House Licensing and Administrative Procedures Committee to complain about Wise's requests. "This exercise in futility is a tremendous waste of state resources," wrote Robbins, who also called Wise's requests "harassment." The next day the agency sent Wise another bill, requesting another $270 for copying and research costs.

Last July, Robbins went on the offensive against a funeral industry lobbyist, Janis Carter. He wrote a letter to Carter's law firm, Winstead Sechrest & Minick, as well as to the Texas Funeral Directors Association, saying that Carter had made "malicious and highly derogatory statements" about him during the just-ended legislative session. Carter would not comment for this story.

Robbins' letter raised more than a few eyebrows. Agency heads may disagree with lobbyists or have feuds with lobbyists. But writing a lobbyist's employer, and doing it on agency time, on agency letterhead, is "just not done," says one veteran lobbyist.

Personnel issues have also led to conflict at the TFSC. Last fall, Robbins fired one of the agency's longest-tenured employees, Earl Monreal. Monreal had worked at the TFSC since 1997, and he took part in May's investigation of SCI. All of the funeral directors I spoke to for this story vouched for Monreal's honesty and work ethic. "He was the one person at the agency who would look at the facts and do the right thing," was a representative comment from one of those directors. However, Robbins implies that Monreal, who was making $34,300 per year for his work as the agency's consumer affairs and compliance officer, was a scalawag.

After Monreal was fired on Sept. 11, 2003, he filed for unemployment. Robbins contested Monreal's unemployment claim, and on March 22, the Texas Workforce Commission found that Monreal had used the TFSC's "telephone system and cellular telephone to make personal long-distance telephone calls" and that he had not disclosed the fact that he had a personal relationship with a woman who worked at a funeral home that he was inspecting. The workforce commission ruled that Monreal was ineligible to collect unemployment.

Monreal insists that Robbins would not tell him why he was fired. He also says that none of the allegations in the workforce commission ruling are true, and that he was fired after Robbins asked him to falsify agency documents. Furthermore, he claims that Robbins and commission staff targeted minority funeral homes for enforcement, "because they didn't fight."

Bolstering Monreal's claim is a sworn deposition he gave on July 25, 2003, regarding charges the agency was pursuing against a minority-owned firm, Los Angeles Funeral Home in San Marcos. In that case – which was dismissed in its entirety by the State Office of Administrative Hearings on Jan. 15, 2004 – Monreal said that agency personnel, including Robbins, had a "vendetta" against the owners of the funeral home. When asked if the investigation was done "according to policy and procedure," Monreal answered, "No." When asked if the investigation was done "impartially and fairly," again Monreal answered, "No." Seven weeks later, he was fired.

On April 20, Robbins fired the agency's chief financial officer, Debbie Almasov, who says that Robbins would not give her a reason for her dismissal. She also says employees at the TFSC "made up lies" about Monreal in order to prevent him from collecting unemployment. Five weeks before she was fired, Almasov contacted Rep. Wise via e-mail. In her e-mail, she told Wise that Monreal "never cheated the agency in any way. In fact, he saved the agency money every opportunity he had." Robbins would not comment on the reasons for Almasov's firing.

The chairman of the TFSC, Harry Whittington, who was appointed by Bush in 1999, says he had looked into the various allegations against the commission and Robbins, and found nothing to substantiate them. The "board feels very confident in our executive director and the pattern we are pursuing," Whittington said. However, the board's confidence could be tested if Monreal and Almasov follow through with their threats to sue the agency for wrongful termination.

Wise wants to keep hammering the agency, but he's running out of time – in March, he lost the District 39 Democratic primary, and he'll be leaving office in January. But he says that other legislators have agreed to carry legislation that will kill the TFSC once and for all, a move that almost happened during the last legislative session, when the House passed a bill that would have abolished the agency. That provision was removed when the bill went to conference committee.

As for SCI, the TFSC recently agreed to settle all of the outstanding charges against the funeral conglomerate. The agency didn't get anything close to the $445,000 fine that was recommended nearly five years ago. On Jan. 23, the TFSC agreed to seek "administrative penalties totaling approximately $21,000." Robbins refused to comment on any aspect of the SCI case, referring all questions to the Texas attorney general's office, even though it was the TFSC's job to investigate and substantiate the charges against the funeral giant.

Former Chronicle reporter Robert Bryce is the author of Cronies: Oil, the Bushes, and the Rise of Texas, America's Superstate, to be published in June by Public Affairs.