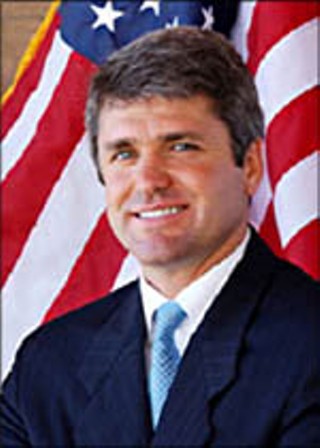 At least one of the most bitter fears of the Summer of Re-redistricting seems to have been avoided after all: Despite being carved into three parts, the city of Austin is now to have not one but two members of Congress. In the new GOP stronghold of CD 10, local boy Michael McCaul handily beat Houston suburbanite Ben Streusand in the Republican primary run-off. Since there's no Democrat on the November ballot, McCaul will join either incumbent U.S. Rep. Lloyd Doggett or (if hell freezes over) his GOP challenger Rebecca Armendariz Klein – as well as unopposed incumbent Rep. John Carter of Round Rock – as part of Central Texas' largest-ever D.C. contingent.

McCaul, a former U.S. attorney and son-in-law of Clear Channel tycoon Lowry Mays, spent $1.5 million on his primary race – which was only half of what Streusand, a mortgage banker, chipped in from his coffers to make CD 10 the nation's most expensive congressional primary contest. In what in hindsight seems a curious strategy, Streusand (who outpolled McCaul on March 9) went heavily negative and endeavored to run to McCaul's right – even though McCaul enjoyed the almost-unanimous support of the GOP leadership, including both U.S. Sens. John Cornyn and Kay Bailey Hutchison, former President George Bush, and Gov. Rick Perry. 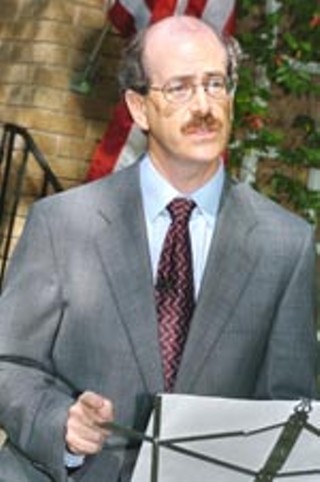 That establishment backing, along with a significant turnout advantage in McCaul's Travis Co. base – although McCaul also beat Streusand in the latter's Harris Co. back yard – propelled the novice candidate to a fairly certain new career in Congress (and, GOP leaders hope, beyond). UT math professor Lorenzo Sadun this week formally kicked off his campaign as a Democratic write-in candidate for the seat, attacking the "right-wing radicalism" of the GOP candidates.

And in the Lege – just in time for another special session – another Craddick-crat, Roberto Gutierrez of McAllen, bit the dust, trounced by Veronica Gonzalez. Also in South Texas, controversial freshman Rep. Gabi Canales of Alice lost her run-off bid for re-election to Yvonne Gonzalez Toureilles. On the GOP side, rancher Jean Kilgore got the nod to challenge incumbent WD40 Robby Cook in the district that includes Bastrop, and sharp-cross-dressed man Sam Walls unsurprisingly lost his bid for the GOP nomination to succeed the departing Wohlgemuth.

Oops! The following correction ran in our April 23, 2004 issue: In "Which Austin Congressman?" ["Naked City," News, April 16], we incorrectly stated that John Carter is running unopposed for Congressional District 31. In fact, Democrat Jon Porter is running against him.