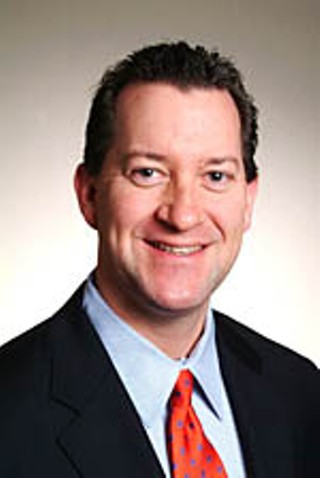 Despite a temporary lull in court actions, the Tomstown Scandal accumulated more juicy detail last week, with the focus on a Republican public-relations counterattack. State GOP Chair Tina Benkiser received the results of her open records request to Travis Co. District Attorney Ronnie Earle; the documents showed no evidence of DA leaks of confidential grand jury information to the media – ostensibly the purpose of the request.

But Benkiser's open records request did turn up a few embarrassing communications in the other direction, most notably Statesman reporter Dave McNeely's submission of several drafts of a story on the investigation in progress (published July 20) for comment by Earle and his staff. McNeely described as "fact-checking" what seems to have become an epidemic over at the daily; the Statesman's longtime Capitol reporter did not share his drafts with other sources (for example, Texas Association of Business attorney Andy Taylor), although he says he did phone fact-checks on the details. The GOP PR machine has trumpeted with much sound and fury over McNeely's supposed journalistic impropriety, although the July 20 story itself is essentially an overview of the available published facts – not flattering to the big Republican players (the TAB, Texans for a Republican Majority, Texans for Lawsuit Reform, etc.) but hardly groundbreaking or even very hard-hitting.

Despite the slim pickings turned up by Benkiser's request, Taylor followed a few days later with an open records request of his own, this one focusing on any documents revealing exchanges of information between the DA and the defeated Democratic House candidates who are suing TAB over its $1.9 million "issue ad" electoral campaign. Meanwhile, Taylor shopped his own hyperbolic op-ed to the state's dailies, defending the TAB's "free speech rights" and declaring TAB's corporate-subsidized attack ads "as American as motherhood and apple pie." Taylor says TAB "never advocated the election or defeat of any candidate, but sought to provide the public information about legislators' votes on a variety of business-related issues." Curious that these noble defenders of the public's right to know are so reluctant to reveal exactly which companies underwrote their altruistic educational campaign. Just shy, we guess.

TAB's stonewalling and its attacks on Earle provoked a Quorum Report op-ed from Fred Lewis of Campaigns for People, who points out that the open records releases have shown no wrongdoing on the part of the DA, and calls TAB's "attack dog" antics "irrelevant, unprofessional, and reckless." Concludes Lewis: "TAB has obstructed the District Attorney's investigation at every turn and has made reckless and irrelevant accusations against his office. It's time for TAB to cooperate with law enforcement and cut out the undignified attacks."

Is the Hammer Nailed?
Yet another indictment of DeLay, this time for money laundering. Will it reverberate for other politicos?