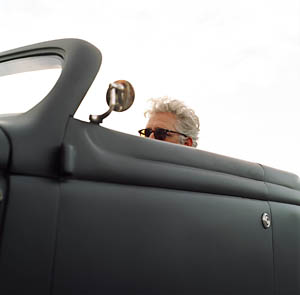 Listen, you can almost hear them now, screaming across I-10, rumbling down Highway 290, cruising along I-35. They're all headed to Festival Beach where, for this weekend only, cars really do get you girls, and smoking is still sexy as hell. Thanks to the boys in the Kontinentals, Austin's very own old skool Kustom club, what started as a simple "show & shine" in front of the Continental Club on South Congress has turned into the Lonestar Round Up, one of the best custom car shows in the country. In its third year, the Round Up attracts gearheads from as far as California, Kansas, Michigan, and, of course, from all over this mighty state of ours. But don't trailer your ride to this joint – it ain't no dustless showroom gig. This one's all about the ride, Jack. See Community Listings, p.66, for more info on the Lonestar Round Up. 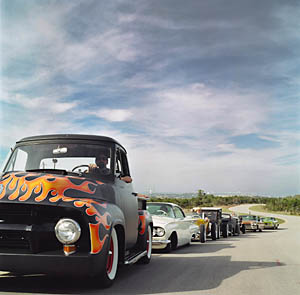 The Kontinentals: Scaring women and children across the Lone Star State 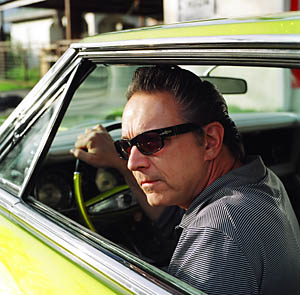 Jimmie Vaughan's got a collection of some of the finest customs in the country, all built by Kontinental hero Gary Howard. This 1963 Buick Riviera is a Bradley Award winner, the highest design honor in the custom car world. 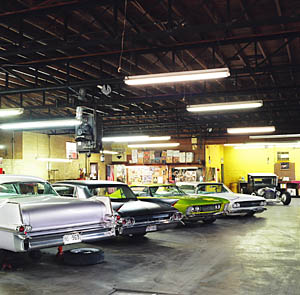 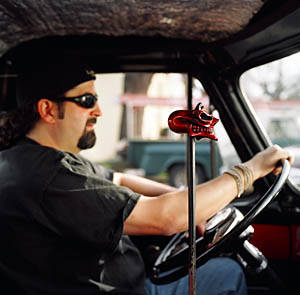 The brotherhood is very real, man. Will Muntz, shown here in his 1954 F100, took off for DeLeon, Texas, in the middle of the night to pick up an oil pump for the Dahlia. All this so the gang could ride as one to Paso Robles, Calif., at 8am, just in time to beat the heat of the desert that lay ahead. 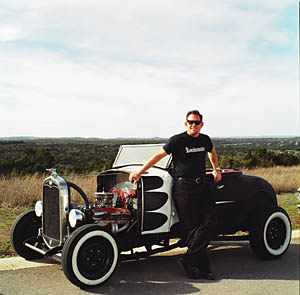 Drag racer Shaun Young of the rockabilly trio High Noon built this 1931 Model A with a need for speed. 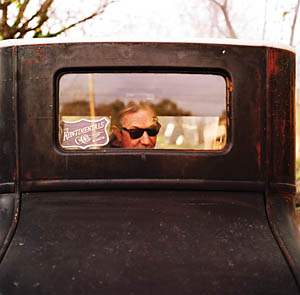 Although a master mechanic whose garage is oft utilized by the boys, Mercury Charlie has a habit of blowing up his own engines. Determined to cruise to last year's Round Up on his own wheels, he bought the body of this 1926 T Ford Coupe 30 days before the show. Four weeks and no sleep later, he coughed up to the show in this prize, grinning from ear to ear, and promptly fell asleep. 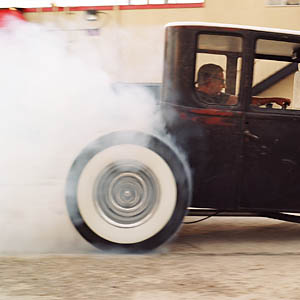 Charlie getting the hell out of dodge ... er, Ford 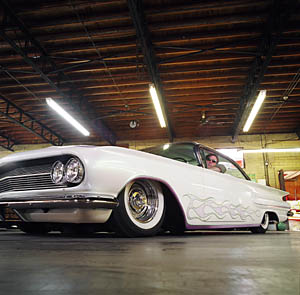