The Real Sins of Gov. Perry 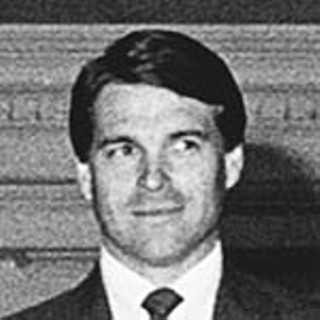 On Tuesday morning, a small group of protesters (almost outnumbered by reporters and photographers) gathered at the Governor's Mansion for what was disingenuously billed as a "support rally" for Gov. Rick Perry, under the theme, "It's OK to Be Gay." As any Austinite with access to e-mail or a cell phone knows by now, for a couple of months rumors concerning the governor's personal life have been flying furiously around the Capitol, the capital city, the state, and indeed most of the Western Hemisphere. The variations are multiple and quite inventive – we won't recount them here – but at their core is the tale that the governor's marriage is in trouble, that his wife Anita has/will/may decide to divorce him, and that the issue is Rick's alleged infidelity, with one or another member of his administration of undetermined gender. (Rumors of this sort, about multitudinous politicians, circulate all the time, but the current Perry rumors are indeed extraordinary in their baroque detail and remarkable persistence.)

Hence the dubious demonstration – which just happened to coincide with President George W. Bush's declaration of war against same-sex marriage, which poses a threat to "the sanctity of marriage" so terrible it requires a constitutional ban. Last spring, readers will recall, Perry endorsed and signed the odious "Defense of Marriage Act," the Lege's latest gratuitous demonstration that it believes gay and lesbian Texans deserve fewer rights than other citizens.

For the record, Naked City looked into the Perry rumors when they first surfaced some weeks ago – inevitably accompanied by the warning, "The divorce papers are being filed today!" – and found no evidence of any truth to any of them, whatsoever. Amid much finger-pointing about who was the original source (and which political party he or she belongs to), nobody will go on the record. The governor's office (perhaps understandably) refuses any and all comment beyond a one-sentence statement from Perry spokesperson Kathy Walt: "These are false, malicious, and hurtful rumors, and the Chronicle's own investigation acknowledges that fact."

We also know that numerous other reporters, from here to New York, have looked into the rumors, with, as far as we know, an identical lack of results. Nor do we expect anything we say here to have any effect on the rumors, which have become entirely self-replicating as they echo through the blogosphere.

When public interest groups complained about the unseemliness of the governor vacationing with deep-pocketed donors, spokesman Robert Black described the cruise as a "working trip" paid for by "campaign funds" and devoted to a discussion of "public school finance." That is, during a luxury retreat in the Bahamas, the governor discussed "public school finance" with a group of wealthy right-wing activists who have done everything in their power to undermine, or even abolish, public education. But we should be reassured by the knowledge that foxes paid for the chicken feed.